McDonald's is still killing us: Reforms aside, the food industry hasn't solved the biggest problem -- itself

"Healthier" fast and processed food remains anything but 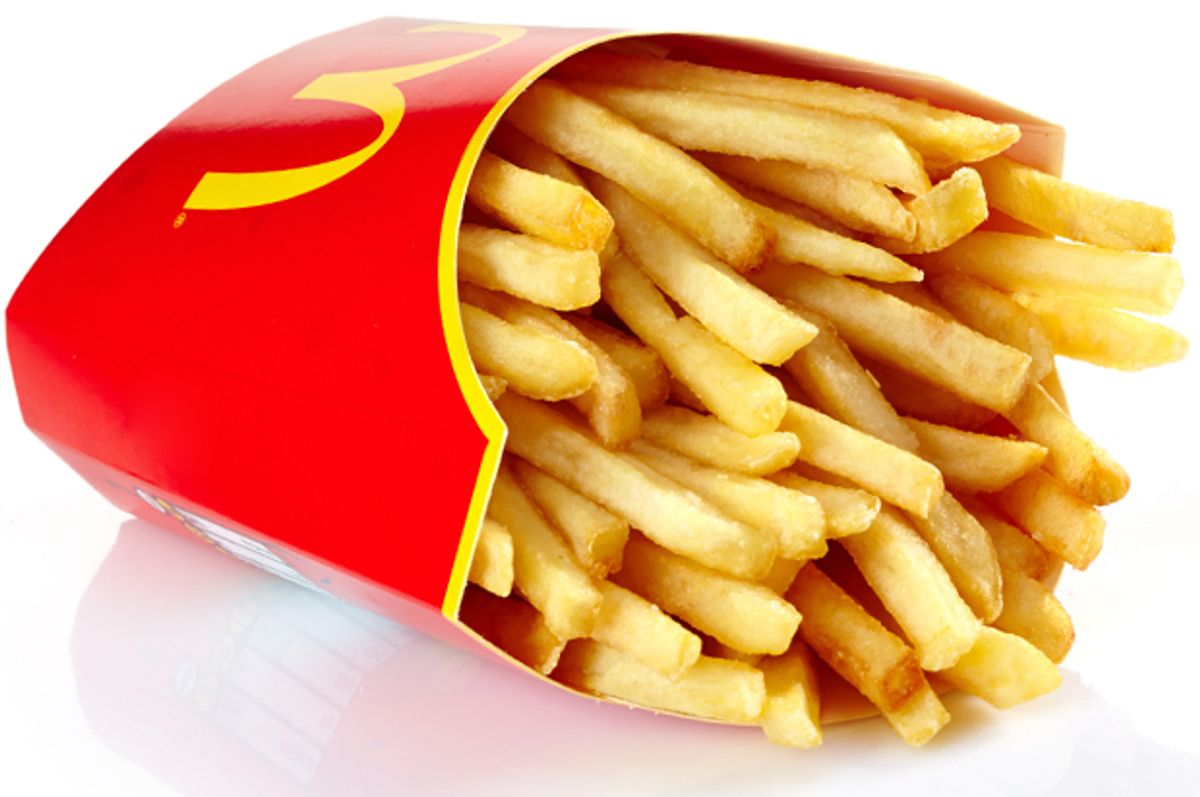 Ditching GMOs. Eliminating aspartame and artificial additives. Swearing off meat raised with antibiotics. Could it be that Big Food is finally cleaning up its act?

Sort of, maybe. A cynical observer, though, might wonder about the extent to which the food industry is pandering to a vocal, but not incredibly informed, consumer base, and whether it's giving us meaningless "reforms" as a distraction from the real changes it's not making to its products.

Count among the cynics WNYC's Brian Lehrer, who posed a question along these lines to food guru Marion Nestle. On her blog, Nestle sums it up thusly:

"Are the recent actions taken by food companies an indication that consumers are having an effect at the expense of science -- and at the expense of focusing on more important food issues such as too much sugar, obesity and diabetes?"

If anyone's killing science, critics will you tell it's the Food Babe, the industry crusader who has won the heart of the masses but is reviled by scientists, mainly because of her zero-tolerance policy for chemicals. (Detractors' go-to retort: Water is a chemical, dummy.) We have her and her social media "army" to thank (or blame) for the removal of the artificial coloring from Kraft Mac & Cheese, BHT from General Mills and Kellogg's cereals and, of course, the infamous "yoga mat chemical," azodicarbonamide, from Subway's sandwich bread. Her book exposing those hidden toxins is a New York Times best-seller.

I get where the anger directed at the Food Babe and her ilk is coming from, but I'm also in awe of her influence. And even if she's mostly full of anti-science bullshit, I appreciate the larger aims of the sentiment she oh-so-profitably taps into: that there are things that shouldn't be in our food, and we should demand their removal. We can debate -- and many do -- just how much of a health risk artificial additives or GMOs actually are, but Nestle writes, and I agree, that they aren't necessary components of the food supply. And that should be reason enough to bid them adieu. This is especially true for additives, considering the existence of a legal loophole that allows food companies to declare any of the many, many ingredients they use to be "generally recognized as safe," without having to even inform the FDA.

(I do disagree with Lehrer's implication that abhorring the use of antibiotics in livestock is in any way anti-scientific -- the rampant abuse of these drugs in the animals we raise for meat plays an acknowledged, if indirect role in the development of superbugs resistant to human antibiotics. Here, more than anywhere else, there's an urgency to act, because the risks to public health are beyond those posed by any additive, proven safe or not.)

But do you know what else is a chemical? Sugar, dummy.

And the way sugar is used by the food industry, it's the additive most worth paying attention to. Nestle told Lehrer she thinks "everybody's better off eating sugar" than aspartame and other substitutes -- especially since there's a growing body of evidence to suggest that low-cal soda alternatives may lead to the same health problems caused by sugar-sweetened stuff. But there's no question that we're consuming too much of it. Processed and prepared foods are loaded with added sugars, many of which they call by different names. If you want to follow the World Health Organization's recommendation and limit your consumption no more than six teaspoons of the stuff per day, you're going to have to figure out where it's hiding first. If we want to build an effective, science-backed food movement, additives like these would seem, as Lehrer suggests, to be the best place to start. The effects of excessive sugar consumption, after all, are not only extremely well-documented, but actively affecting the health of millions of Americans, right now.

More so even than the unwarranted assaults on science, though, what really gets to me about campaigns to reform the food industry is their implication that by removing a specific, undesirable component of a product, we'll be left with something worth eating.

John Coupland, a professor of food science at Penn State, once gave me what I still consider the best way of thinking about this: You can get rid of all the chemicals from a baked good, he said, but the thing you’re left with is “still cake.” By the same logic, a more "natural" Pepsi is still Pepsi. A Kraft Mac 'n Cheese that doesn't glow in the dark is still more junk than food. A Big Mac without antibiotics is still less healthy, and less sustainable, than a plant-based lunch.

If a food movement were to be truly successful, it'd have to focus less on demonizing ingredients that may or may not be harmful, and more on supporting things we know are good: whole, fresh fruits and vegetables, whole grains, water. You know, things that are actually natural, not Pepsi's version of it. And that, by definition, can't include fast and processed food. To be sure, people are beginning to realize this: soda sales are declining, McDonald's is in free fall, and all of these "reforms" can be read as last-ditch efforts to save their dying brands. We should by all means let them keep trying to appease us. But at a certain point, won't it just be easier to stop buying it all together?