Mosby is the youngest prosecutor in any major American city 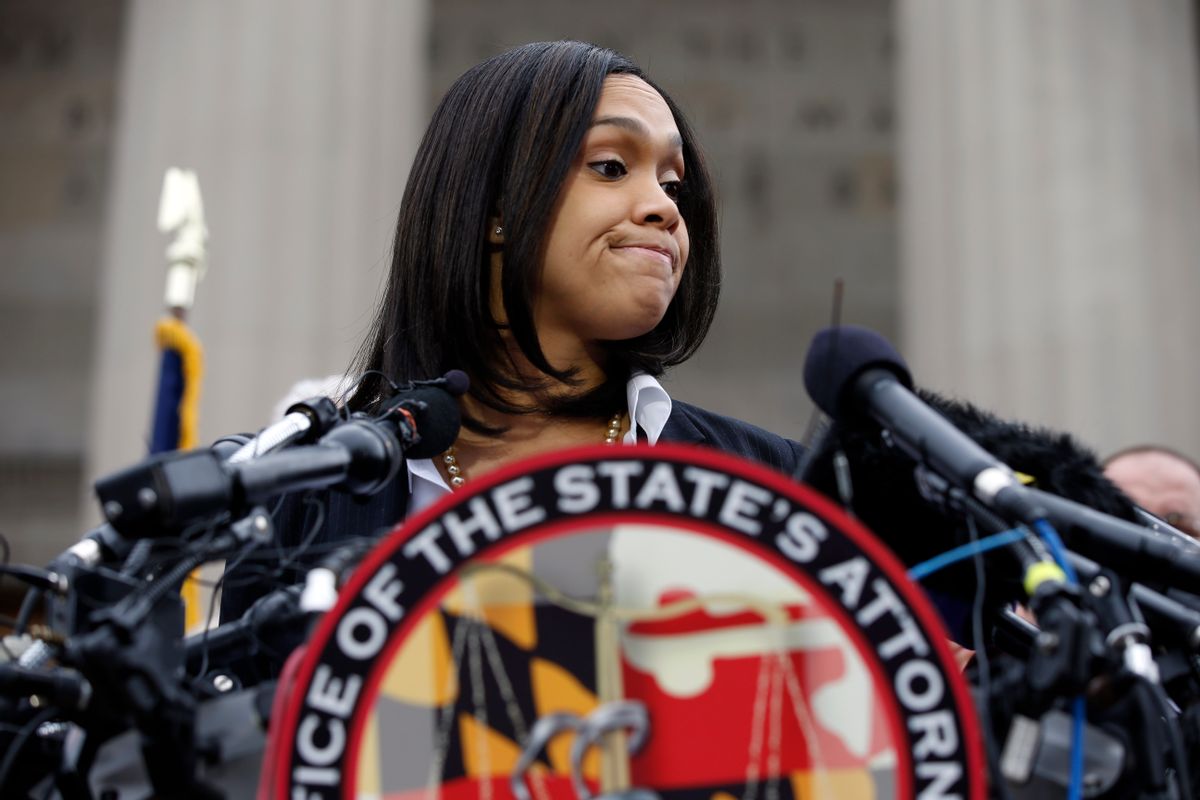 After only four months as Baltimore City state's attorney, 35-year-old Marilyn Mosby was thrust into the national spotlight when she announced in a press conference Friday morning that her team had deemed Freddie Gray's death a homicide. Somehow, after a minutes-long briefing, the Internet decided that she was the woman who would save us all. And I am so down with that.

At the briefing, Mosby -- who is the youngest prosecutor in any major American city -- gave us some insight into her upbringing:

"To the rank-and-file officers of the Baltimore City police department, please know that these accusations of these six officers are not an indictment on the entire force. I come from five generations of law enforcement. My father was an officer; my mother was an officer; several of my aunts and uncles. My recently departed and beloved grandfather was one of the founding members of the first black police organization in Massachusetts."

When Mosby was growing up in Boston, her 17-year-old cousin was mistaken for a drug dealer and murdered by another teenager. It was then she decided to become a prosecutor.

Now, she is married to Baltimore city councilman Nick Mosby -- a detail which has led some police union representatives to insist she remove herself from the investigation.

"I uphold the laws. He makes the laws," she said in Friday's briefing. "I will prosecute any case within my jurisdiction."

"She has a natural affinity for police officers and law enforcement types, and at the same time, she is aware of the incredible number of complaints against the Baltimore City police department," said criminal defense attorney Richard Woods in an interview with NBC News.

"It was important to have somebody who was willing to look at it from both sides," Woods said of her campaign for the position, which he supported. "Marilyn Mosby fit the bill."

We are maybe too nervous to say everything we want to say about this maybe queen/superhero/Marvel franchise figurehead just yet, so we'll let Twitter do it for us.