The left's Citizens United hypocrisy: Why Hillary is getting a free pass 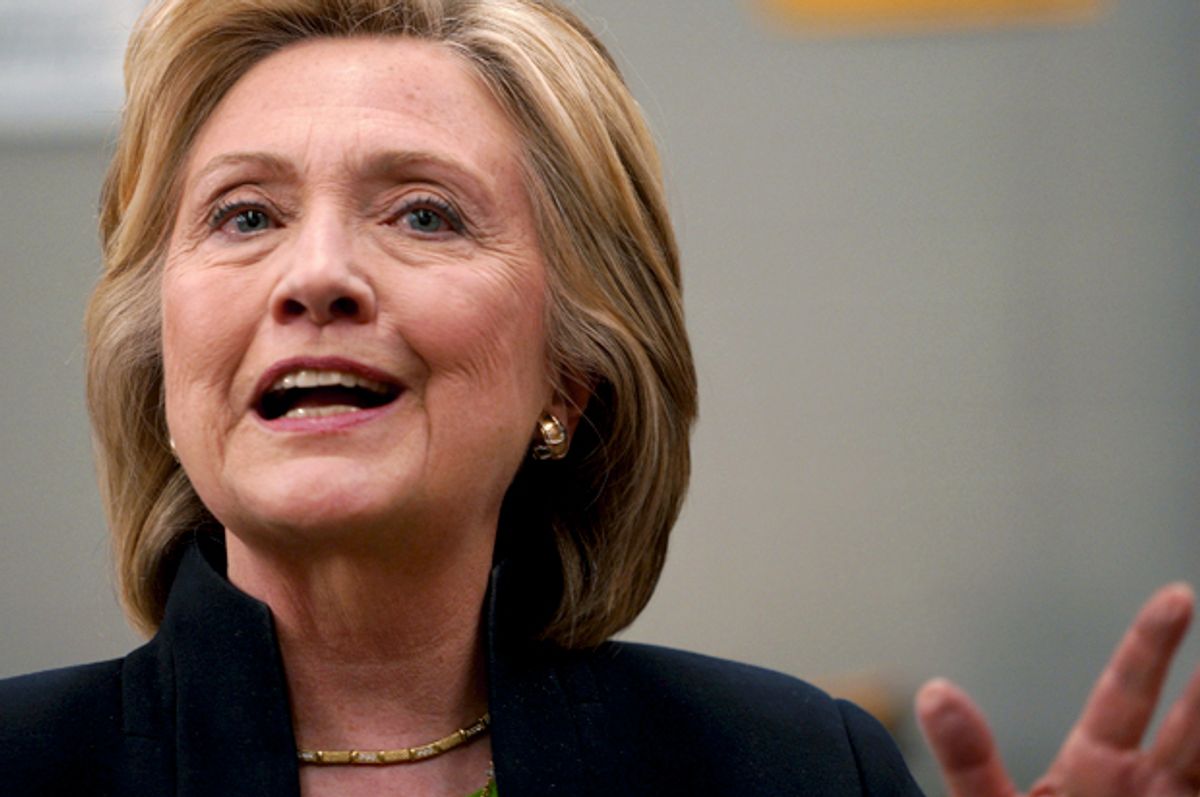 Less than three weeks into her presidential campaign, Hillary Clinton has already accomplished a stunning feat: She appears to have unified large swaths of the Democratic Party and its activist base to support the core tenets of the Citizens United decision -- the one that effectively allowed unlimited money into politics.

That 2010 Supreme Court ruling declared that, unless there is an explicit quid pro quo, the fact that major campaign donors "may have influence over or access to elected officials does not mean that these officials are corrupt." The theory is that as long as a donor and a politician do not agree to an overt bribe, everything is A-OK.

When the ruling was handed down, Democrats were outraged, and Hillary Clinton herself has recently suggested she wants it overturned. Yet with revelations that firms with business before Clinton's State Department donated to her foundation and paid her husband, Clinton's campaign and rank-and-file Democratic activists are suddenly championing the Citizens United theory.

In campaign statements and talking points -- and in activists' tweets and Facebook comments -- the party seems to be collectively saying that without evidence of any explicit quid pro quo, all the Clinton cash is acceptable. Moreover, the inference seems to be that the revelations aren't even newsworthy because, in the words of Clinton campaign chairman John Podesta, "there's nothing new" here.

To advocates for limiting the influence of money in politics, this pushback from Democrats is particularly rich (pun intended) coming from a party that spent a decade asserting that Republicans raking in cash from Big Oil and pushing oil-friendly policies was rank corruption. The Democratic defense of their presumptive presidential nominee registers as especially disturbing to campaign finance reform advocates considering the mighty efficiency of the Clinton fundraising machine.

Consider a few undisputed facts that we surfaced in our reporting at the International Business Times:

-- Hillary Clinton switched her position to back a controversial U.S.-Colombia free trade agreement as millions of dollars flowed into her foundation from an oil company operating in Colombia, and from that company's founder. Amid reports of violence against Colombian unionists, she also certified Colombia's human rights record, thereby releasing U.S. aid to the Colombian military.

-- Hillary Clinton's State Department delivered contracts and a prestigious human rights award to a technology firm that donated to the Clinton Foundation -- despite allegations from human rights groups that the firm sold technology to the Chinese government that helped the regime commit human rights violations.

The same Democratic Party that slammed the Bush-Halliburton relationship now suggests that this type of behavior is fine and dandy, as long as there wasn't, say, an email detailing an explicit cash-for-policy trade. The insinuation also seems to be that journalists shouldn't even be reporting on any of it, if there is no such email.

Is it morally acceptable for firms to pay a public official's spouse while those firms are getting government contracts from the agency headed by that same public official? That's a matter of opinion, and if the Democrats want to now champion the ideology behind Citizens United, that's their right.

What is not up for debate, though, is whether the transactions are significant and newsworthy absent some sort of explicit quid pro quo. Even if there isn't an email explicitly sketching out an exchange of money for policy, campaign finance reform advocates are taking notice and the public needs to know the details of these transactions.

After all, if money is going to so thoroughly dominate politics, Americans at least should be informed about who is paying whom when they cast their vote for president.