The media's myopic Judy Miller crusade: Why her press-tour bludgeoning is too little, too late

The disgraced NYT reporter has received her just desserts, but the rush to bury her also obscures a bigger problem 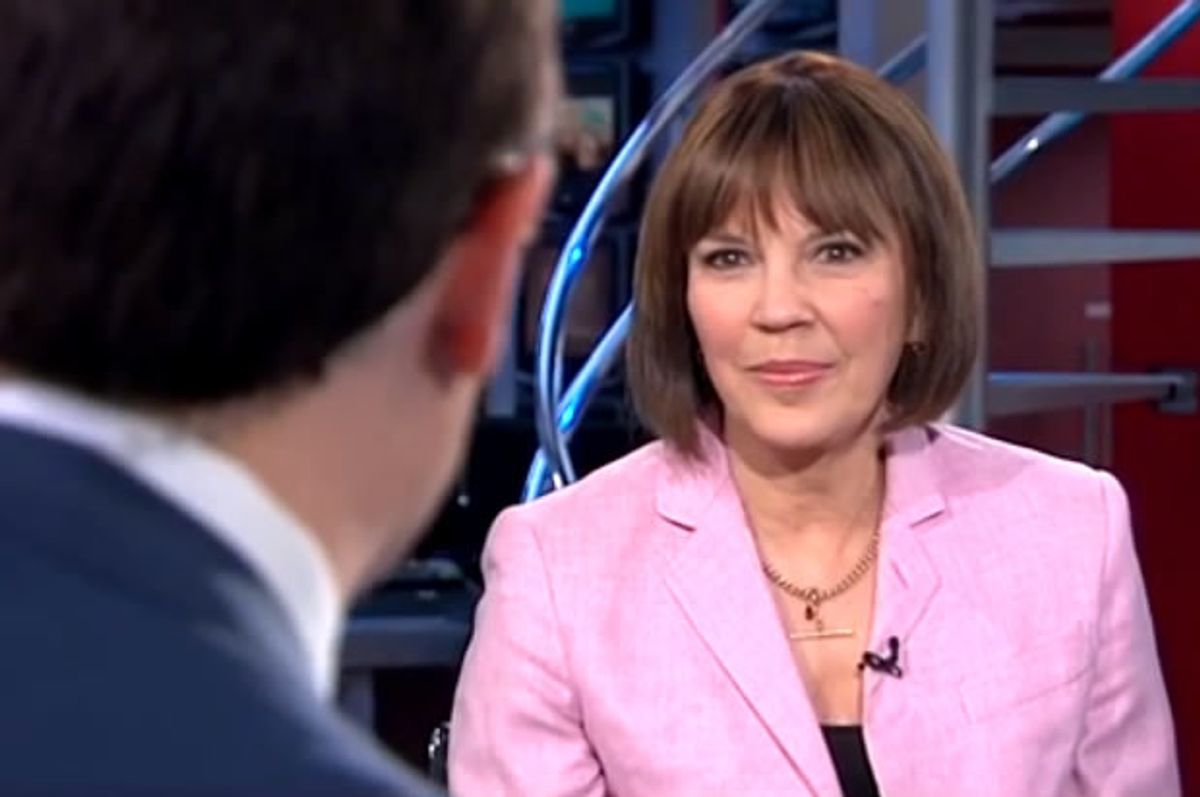 It seems safe to say that Judith Miller's current book tour hasn't gone exactly as she might have hoped. The former New York Times reporter has been plugging her just-published defense of her notoriously terrible Iraq War journalism and has found virtually nobody willing to back her up. From "Morning Joe" to the Columbia Journalism Review and beyond, the blowback has been harsh and heavy. The Miller massacre reached its apogee with her train wreck of an appearance on "The Daily Show" earlier this week, where Jon Stewart treated her as if she was a particularly disgusting swamp creature.

This massive disdain is certainly warranted; Miller's reporting provided the Bush administration with one of its most potent weapons in its campaign to sell the war to the world. Her failure to honestly come to terms with that legacy should be enough to ensure her continued toxic status.

But such schadenfreude, no matter how justified, should never let us forget that there are a countless number of media sinners who have never been punished for their Iraq behavior in the way that Miller has. Nor should we assume for a moment that, just because we rightfully condemn Miller's malfeasance, we have fully expunged the problems that led to the Iraq debacle.

On the one hand, it's sort of astonishing how little real accountability there has been for the willingness of so many top-flight journalists to set aside their skepticism and peddle the government's case for war. True, there have been some institutional apologies. (Although Miller's recent account of her seemingly successful quest to neuter the Times' mea culpa is telling.) And you'd be hard-pressed to find anyone who says the press did a good job in the run-up to the Iraq invasion.

Nevertheless, there were none of the firings or resignations that typically accompany a huge journalistic scandal. (Miller herself left the Times years later, done in by the Scooter Libby scandal.) In fact, many of the most prominent pushers of the Iraq fantasy, from Tom "Suck On This" Friedman—who was so thoroughly wrong about the war that people invented a phrase about it—to Jeffrey Goldberg—who, after being wrong about Iraq, went on to be wrong about Iran—to Bill Kristol—who is so wrong about so much that one wonders whether he is playing a long satirical con—have thrived in the years since Iraq. In fact, their careers have only improved. Miller may have found that most of her party invitations got mysteriously lost in the mail, but these men's status as sage experts on foreign policy has not diminished one bit. The people who got it right on Iraq, meanwhile, have not enjoyed similar success within the upper echelons of the media.

On the other hand, why should we be surprised that nobody in the media elite paid a commensurate price for the Iraq fiasco? After all, nobody in the political elite suffered too much either. Establishments, of all kinds, protect their own.

Moreover, there's no evidence that the mainstream media has completely learned its lessons from Iraq. While there has been some laudably aggressive journalism and some welcome displays of increased skepticism towards the government in recent years, many signs point to a journalistic class that has not given up its most destructive bias, which is the bias in favor of the powerful. Time and again, the media defaults to an ultra-hawkish, credulous position that perfectly mirrors the views of the political class. Until that impulse is fully dealt with—and until we have an elite media that truly holds government accountable—our Judith Miller problem will still be with us.