The self-effacing post-punk pioneers came back at just the right time — for themselves, and for their fans 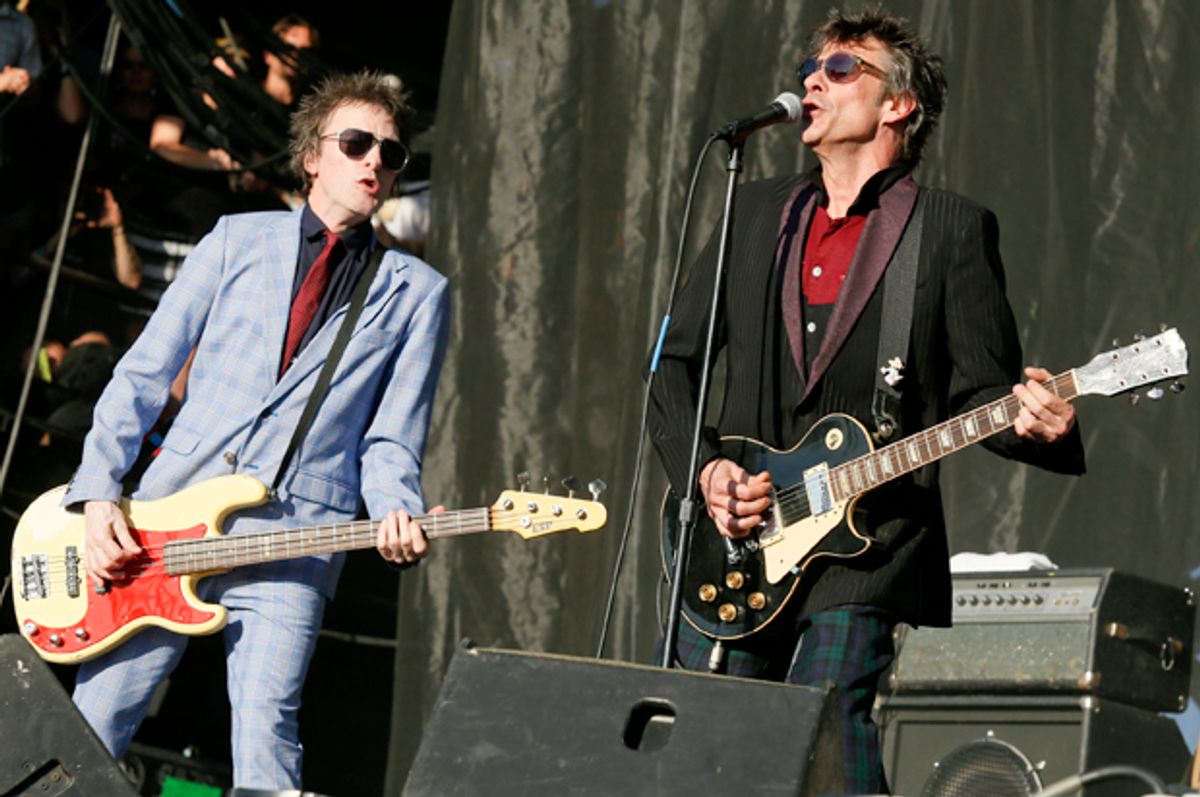 Next week, I'm hopping in the car with my husband and driving two hours south to catch the Replacements in Columbus, Ohio. This isn't the first time we've traveled great distances to see the band in recent years: When the loveable louts announced their initial Riot Fest appearance in 2013, we quickly snapped up tickets and headed to Toronto to see their first live show in 22 years. The latter purchase was something of a leap of faith. While I had seen frontman Paul Westerberg play a rather epic solo set in Boston in mid-2005, he had kept a rather low profile in recent years, save for the release of digital curiosities and occasional appearances with artists such as Glen Campbell. Plus, even with rock-solid bassist Tommy Stinson on board alongside drummer Josh Freese and guitarist Dave Minehan, it was unclear how a reconstituted Replacements might sound; after all, even during their first go-round, they were a hit-or-miss live act.

I should've known that a band known for doing whatever they damn well please would once again flip the bird to preconceived notions. (Literally and figuratively: The lighting rig in the back was in the shape of a hand with an extended middle finger.) The Riot Fest show was incendiary, from the first hotrodding riffs of the opening punk howl "Takin' a Ride" to the set-closing scorcher "I.O.U." With no real expectations in place and nothing to promote, the Replacements still played like a hungry young band with something to prove. By the time the set hit a groove with "Left of the Dial" and a loose-riffed "Bastards of Young," the scene was frenzied: The former featured Westerberg snarling out "What side are you on?" as if he were nose-to-nose in a tense conflict with someone, while the latter started with a cathartic coyote yowl. Being at this show was incredibly life-affirming in ways I didn't expect; the lyrics about stubborn nonconformity and embracing a carpe diem, authority-flouting mentality shook me to my core.

If it was improbable that the Replacements were onstage performing, it was even more improbable that the band would emerge after two decades sounding rather rust-free. Of course, "rust-free" is a relative term: Their shows still feature plenty of random stage banter and Tuesday-night-bar-band improv, and Westerberg continues to forget the words to "I Will Dare" here and there (which just makes the shambling song that much more charming). But then again, it's this overarching narrative -- of imperfect underdogs rising up in triumph, and bringing the rest of the misfits and eccentrics along with them -- that makes the Replacements' second act such an ongoing delight. There's the sense that the weirdos are finally having their day in the sun, on their own terms.

For those who were too young to see the 'Mats back in the day (or who only know them via debauched tall tales and true stories), it feels like a victory that this ragtag group re-emerged intact. But it's also sweet redemption, in a way, that the band's having another chance to remind thousands of people that they wrote some of the best, most influential music of the '80s. During their time away, both their sound -- a seamless clash of eras and genres, from classic rock and punk to bluesy rock & roll and vintage country -- and wry outsider status filtered into the mainstream via a number of acts, including Nirvana, Green Day, Wilco and the Cribs. Goo Goo Dolls (who featured several Westerberg co-writes on their underrated 1993 LP "Superstar Car Wash") became a huge band with a barely more polished take on the Replacements' ragged rock. Even Lorde covered "Swingin' Party" in recent years, which is a testament to Westerberg's timeless, malleable songwriting. Life's all about timing -- and maybe the Replacements needed to hibernate for a while to be able to come back so strong.

Yet ascribing such lofty ambitions to the band's return might be overstating things. For starters, they've been vague about the reasons for the reunion (in a 2014 Rolling Stone feature, Westerberg said "we owe the Mob. Dead rats in the mail"), and the branding around their existence is decidedly, deliberately low-key. The spring tour's official slogan is a cheerful "Back by unpopular demand!" and the motto of their Facebook page is equally facetious: "Keep checking back for a bevy of inactivity and disturbing lack of content!" This certainly speaks to Westerberg's innate modesty and cheeky sense of humor. And for someone who generally eschews the spotlight, self-effacing is the only way to go in the face of intense media and fan interest.

But this circumspect nature doesn't extend to the Replacements on stage. The 2015 U.S. tour kicked off in Seattle with the band in the dark, playing "Seen Your Video." As the song started crescendoing toward its denouement, the stage curtain dramatically opened to reveal a brilliantly lit stage and the band. As the audience rose to its feet and cheered, Westerberg struck a quick rock-god pose before yelling out the song's lyrics. Besides being gloriously dramatic and chill-inducing, this grand entrance is the kind of self-assured-bordering-on-cocky gesture at which the Replacements excel. Even when they were slipshod or sloshed, they completely owned their stumbles and missteps. How else could they deal with the countless examples of career sabotage and abundance of drunken antics? While they weren't always competent, the Replacements have always been confident.

And in this incarnation, the band are also clearly enjoying themselves immensely -- or at least enjoying the heightened platform upon which to be unabashed goofballs. On this current tour, Westerberg is apparently spelling out a message via a series of white T-shirts, a stunt that's even spawned a Facebook page dedicated to the mystery, while a press release for Rhino's album reissues was "edited" by the band with red pen; highlights included a graffiti-like scribble acknowledging they didn't get into the Rock & Roll Hall of Fame, but KISS did. Of course, cynics have rolled their eyes at some of these gestures, or sniffed that because the only vintage Replacements members are Stinson and Westerberg, it's not the real band. Logistically, that's impossible; one-time drummer Chris Mars is apparently content to stick with his painting career, while later-period guitarist Slim Dunlap had a massive stroke in 2012 and is still recovering (although he appeared at a Record Store Day tribute dedicated to him). But the essence of the Replacements is there -- the scruffy dudes who get up on stage and play well-worn tunes like their lives depended on it.

In recent weeks, word's leaked out that more boxed sets and a biography are in the works; new music is even a possibility. Yet there's still the sense that this return is fleeting, as if the Replacements could disappear again at any moment. That fragility crossed with stubborn sturdiness is what always made the band's music so touching, and what makes it endure today. Their songs hit a nerve by digging into the dark corners of the psyche and acknowledging life's confusion, but choosing to deal with it by shrugging and staying off the beaten path, while just assuming that things would work out the way they were supposed to.

You could say the same thing about where things stand now. Nobody really expected the Replacements to clean up their act -- that they did and sound better than ever is icing on the cake. Still, I'm not sure if next week's Columbus show will be better than the Toronto show I saw. Which is entirely okay. But there's always the possibility that the Replacements will top themselves. That potential for greatness is also an intrinsic part of the band's existence -- and what keeps them a must-catch act in my world.