Thousands of emaciated pups are washing up on West Coast beaches, and no one's sure why 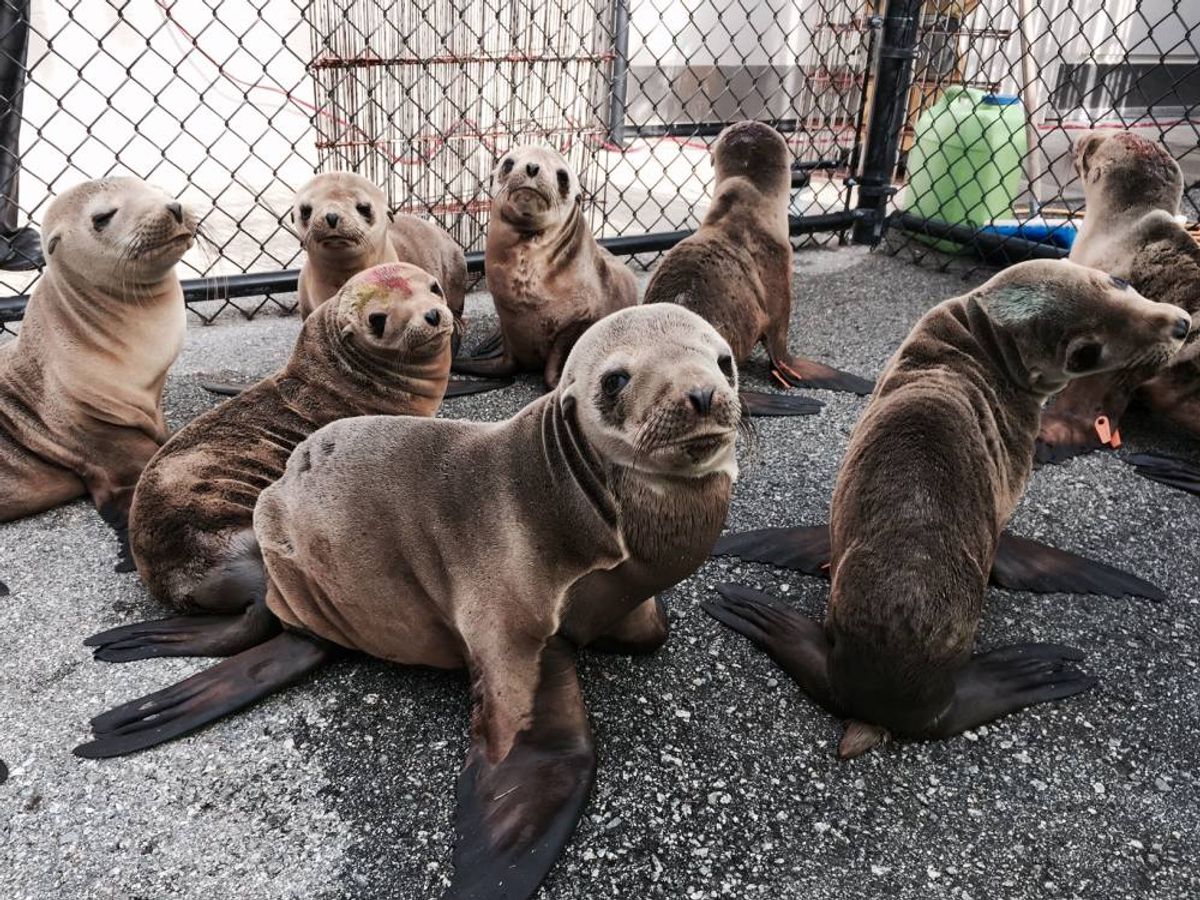 A sea lion similiar to this one wandered into a restaurant in San Diego. (Marine Mammal Center)
--

His name is Rubbish, and he was found Thursday wandering the streets of San Francisco, before being picked up by rescuers at the Marine Mammal Center. According to officials there, this is the second time they've rescued Rubbish, who was first discovered malnourished and with pneumonia back in February. His condition seems to be deteriorating: the pup had lost 17 pounds since the last time they released him, in late March.

Whatever's causing Rubbish to strand himself, he's not the only one: for three years in a row now, frail and hungry pups have been washing up on California's beaches, at a time when they should be far away with their mothers. The Marine Mammal Center says it has already rescued 1,100 sea lions this year -- more than it saw in all of 2014. NOAA's counted 2,700 strandings in total this year, and designated in an Unusual Mortality Event.

It's a potential disaster for the California sea lion population, estimated to be around 300,000. NOAA officials believe the problem stems from the decreased availability of sardines, an important food source for nursing mothers. The sardines have been spawning further offshore than usual, a change NOAA says could be due to the dying down of offshore winds. Overfishing may be playing a role as well, while some are pointing to the unusually warm ocean surface temperatures off the West Coast, which force cool-loving food sources like sardines and anchovies to swim deeper, out of the sea lions' reach.

“What’s scary is that we don’t know when this will end," Dr. Shawn Johnson, the Marine Mammal Center's chief veterinarian, told NBC Bay Area. "This could be the new normal -- a changed environment that we’re dealing with now.”

Rubbish, for now, is doing okay.