White pogroms against blacks are a fixture of American history. Someone please inform our major news networks 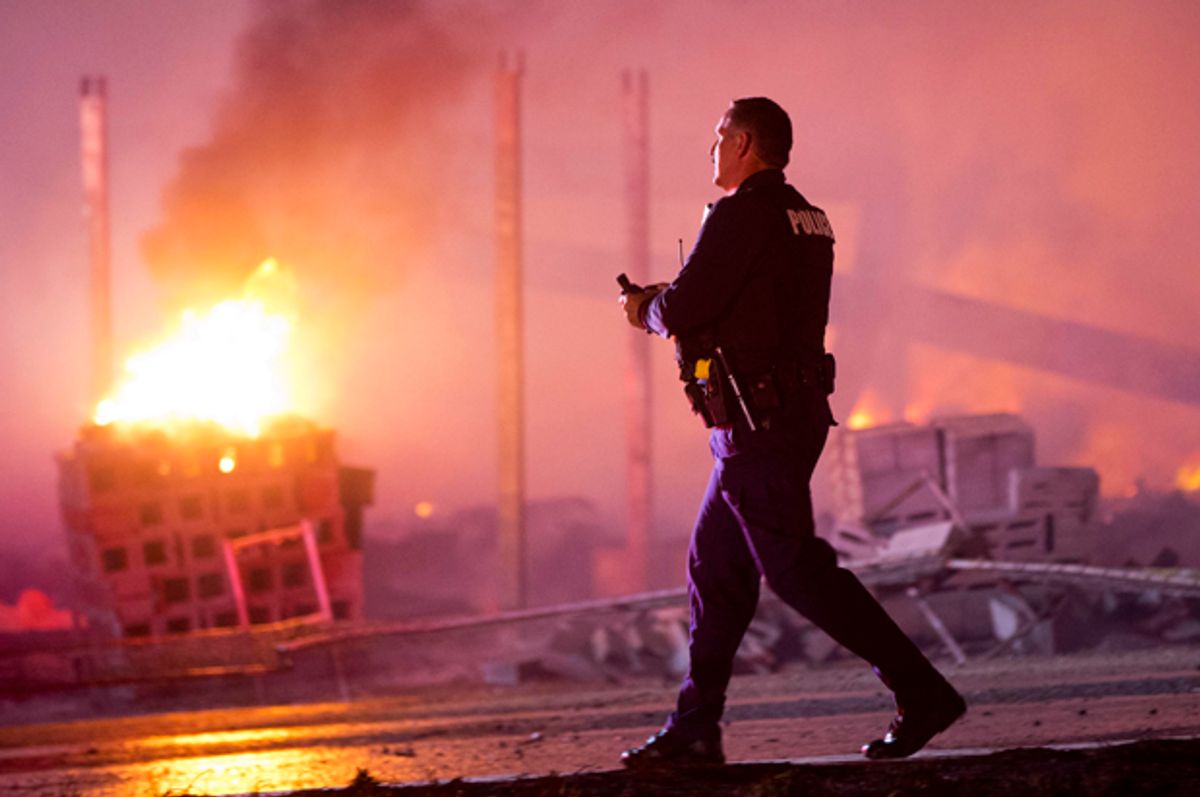 Baltimore’s young people responded to the police theft of Freddie Gray’s life with protests that eventually grew into a spasm of violence. While the direct motivator, Gray’s death is not the only direct cause of the uprising. The protests and violent exhalations by Baltimore’s black youth (and others) are the result of a long pattern of police abuse, harassment and violence toward that city’s African-American community in the context of systemic class inequality, custodial citizenship and mass incarceration.

The causes of black urban unrest in the United States are not “unknown unknowns.” Rather, they were described in great and compelling detail by the 1968 Kerner Commission, which was tasked by President Johnson with determining the causes of the urban riots during the 1960s.

The reasons young people in Baltimore and other parts of the United States have been moved to street protests in response to police violence are only mysteries to those American policymakers and members of the public who choose to live in a state of denial.

(White) America is a country with a limited historical perspective and a very short-term memory. As Gore Vidal famously said, “We live here in the United States of Amnesia. No one remembers anything before Monday morning. Everything is a blank. They have no history.”

Thus, the American people are robbed of any meaningful social or historical context for the police abuse in Baltimore, Ferguson, and the many other locales where police thuggery and state violence are routinely visited upon black and brown Americans, as well as the poor and the mentally ill, with relative impunity.

White riots and pogroms against Black Americans are a fixture of American history. But the corporate news media enables many white Americans' intentional forgetting and mass amnesia.

Here, the uprising and righteous anger of black young people in Baltimore (and elsewhere) is almost by default described as a riot. Deeper questions about class inequality and racism are removed from the dominant media frame and replaced by tired, trite and profoundly unsophisticated claims that the uprising in Baltimore was caused by absent black fathers, broken homes and an urban culture of poverty and violence. In everything but name, Baltimore’s black youth have been branded by the news media and American opinion leaders as feral street urchins: this is the language of racialization and dehumanization.

Many Americans in the news media and elsewhere are reluctant to acknowledge how the angry and violent response by Baltimore’s young people against the illegitimate, cruel and repeated acts of police brutality and killings in their community could be logical and wholly reasonable—and solidly within the American political tradition.

The White Racial Frame—a system of belief that legitimizes and normalizes white dominance and privilege in North American society—has produced the language of “riots,” “black pathology," “thugs,” and “criminals” that is commonly used to describe the Baltimore uprising. The White Racial Frame does the work of white supremacy and helps to maintain political, social and economic systems of white privilege and unearned advantages. The White Racial Frame also distorts historical fact by erasing America’s long tradition of white-on-black violence across the colorline.

The language of “riots” to describe “urban unrest” as something unique to black Americans is a relatively recent phenomenon, one that can be traced back to iconic images of burning cities in the aftermath of Dr. King’s assassination and the tumult of the 1960s. But the use of phrases such as “riot” or “mob” can also be seen in the latter part of the 19th and early 20th centuries to legitimize mass white racial violence against black Americans during the era of Jim and Jane Crow. Newspapers such as the New York Times featured headlines such as “Mobs of Blacks Retaliate for Riots”; “Negro Mob Terrorizing the Citizens of Jacksonville”; “Negro Mob in South Shouts for Lynching”; and “Negro Mob Killed Sheriff.”

The racist news narrative continues in the present, where the urban uprising against police violence and brutality in Baltimore has been described by right-wing propaganda sites such as the Drudge Report and other media outlets as a “race war” and/or “anti-white” violence.

In fact, in the United States, “rioting” and “race wars” against people of color are almost exclusively the domain of white Americans.

In 1921, over a 24-hour time period, whites destroyed the prosperous black community in Tulsa, Oklahoma. White rioters used machine guns and dropped bombs (in what may be one of the first recorded uses of a plane for that purpose) on the black community. Conservative estimates suggest that at least several hundred black people were killed.

In East Saint Louis, whites engaged in a pogrom against the black community. Like Chicago, this was part of the “Red Summers” in which whites attempted to reassert their control and dominance over the black community in the aftermath of World War I.

Scholars such as James Loewen estimate that as many as 3,000 black communities were “ethnically cleansed” by white violence and other means of intimidation

Historian Gregory Downs has suggested that as many as 50,000 black Americans were killed by white racial terrorism in the 30 years following the end of the American Civil War. This total may not even include at least 4,000 blacks who were victims of lynchings by whites across the South and other parts of the United States.

As the late Joel Olsen described in The Abolition of White Democracy, white riots against black Americans and other people of color were a way of creating a sense of communal identity across lines of class and ethnicity. Thus, “whiteness” was nurtured and in many ways created by white violence against non-whites generally, and African Americans in particular.

By most empirical measures (land taken, people killed and number of occurrences—there were 26 white-on-black race riots during the year 1919 alone) white Americans are the country’s most successful, adept and skilled rioters. White America is an expert on rioting and race wars; black America is a neophyte amateur with little to no experience in such matters by comparison.

Nevertheless, the corporate news media has recycled Ronald Reagan’s and the Republican Party’s language of “law and order” and “black pathology,” and obsess over images of black young people "rioting" against the Baltimore police. Many in the corporate news media will also emphasize what they believe is wrong with the “black family,” “black culture,” and the black community’s supposed inability to “control” young black people in the aftermath of the Baltimore uprising.

The right-wing media and its politicians will heavily emphasize this narrative. Fox News host Bill O’Reilly told his viewers that:

“The facts then dictate that racial persecution really isn’t the problem in Baltimore. Something else is in play. And that something else is personal behavior…These idiotic thugs who are rioting and looting are hurting their own people, and because the entire world sees pictures of blacks rampaging, all African Americans are affected…It is long past time for police agencies in America to have a no tolerance policy towards brutality on the part of officers…But it is also long past time for African-American communities across America to begin to police themselves.”

"The thing is that really there's so many things we can talk about, it's something we talk about not in the immediate aftermath but over time: the breakdown of the family structure, the lack of fathers, the lack of sort of a moral code in our society. And this isn't just a racial thing, it goes across racial boundaries, but we do have problems in our country."

Paul's and O’Reilly’s comments are part of what is known as the Southern strategy, which was created by the Republican Party in the aftermath of the civil rights movement with the goal of using white racial resentment and anti-black and brown bias to win over white working- and middle-class voters.

However, much more important questions will not be asked by pundits and politicians.

How are America’s police pathological in their violence, racism and brutal killings of black people?

Are America’s police deranged in how they imagine unarmed black and brown people as some type of imminent threat to be dispatched with due haste and extreme prejudice?

Is America’s police culture sick and pathological in how citizens have been tortured to death, sexually assaulted and otherwise violated and abused by police officers?

If there are only a few bad apples in America’s police departments, why don’t the good cops throw them out en masse?

Are America’s police more like a street gang than public servants?

It is easy for the mainstream news media to opine and lecture about “pathological” black communities that are supposedly plagued by “bad culture.” It is far more difficult to talk about America’s broken police and its culture of violence and disrespect toward non-whites and poor people that led to the killing of Freddie Gray in Baltimore, and so many other black men and women across the United States of America.