Five years ago today, the Internet was still reeling from an obscene adult trailer 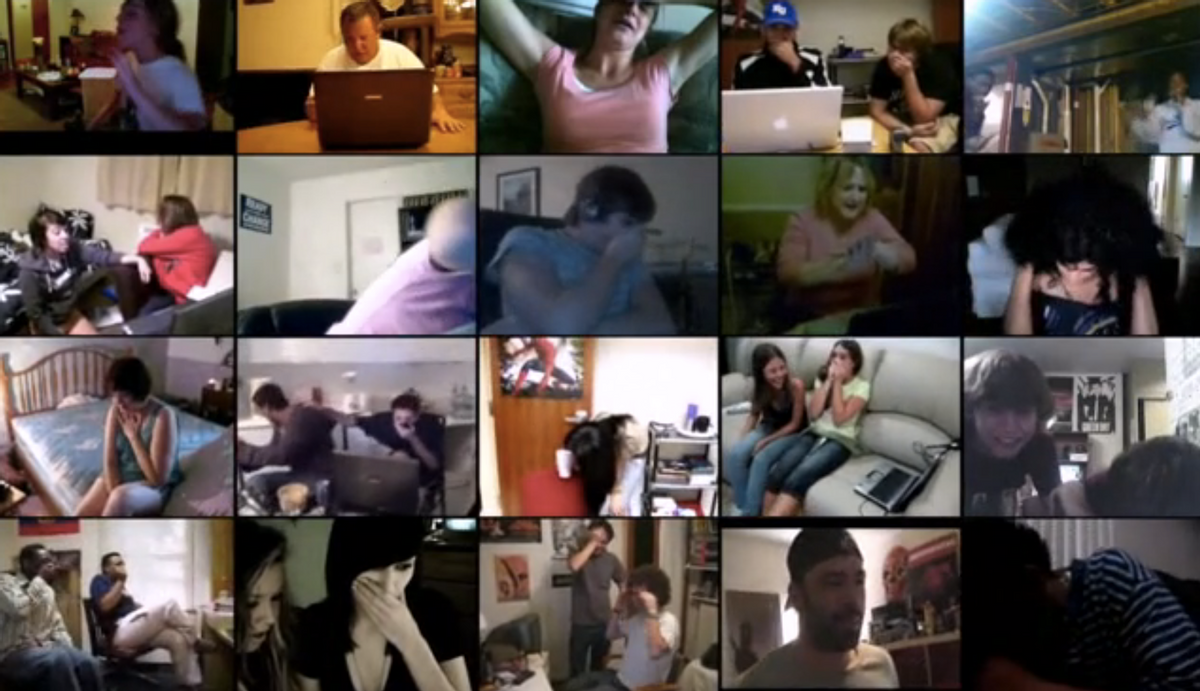 We may never have a hard-and-fast gauge on what makes something “go viral” — something to do with wisdom tooth extraction meds? — but we can still, retroactively, attempt to make sense of some of it. That’s why every week we’ll be taking a look back at the things that went viral exactly five years prior.

Here’s what was buzzing around the Internet for the week of May 2, 2010:

Sorry to do this, but it's time to unearth some repressed memories. It's time to talk about "2 Girls 1 Cup." That is, the stomach-churning, absolutely NSFW Brazilian adult film trailer, which exploded into consciousness in 2008. The effects of the "shock site" were still rippling well into 2010, as poor humans -- cats and dogs, even -- took turns uploading their reactions to it. Know Your Meme breaks down the contents of this trailer into five major components:

In April of 2010, a computer scientist by the name of Paul Shen decided to breathe new life into the viral video. He aggregated 20 of the most popular "2 Girls 1 Cup" reaction videos (yes, there were many to choose from) and made a science experiment out of it. He wanted to measure the "optical flow" -- the amount of movement in the video (flailing, cowering in fear, etc.) -- to pinpoint the most gut-wrenching moment of the entire film. From the look of his line graphs, there seemed to be a fairly steady stream of flailing throughout the entire viewing experience, with a few notable upticks in the first quarter of the video. The report, which detailed all of these findings, was later pulled from the Web, presumably because the computer scientist became tired of explaining in job interviews why erotic vomiting was showing up at the top of his Google searches.

Have a look at this reaction compilation, which will inevitably take you back to that dorm room or friend's basement or wherever you experienced "2 Girls 1 Cup" for the first time: