The Amazon is trying to save us: Why deforestation may spell our demise 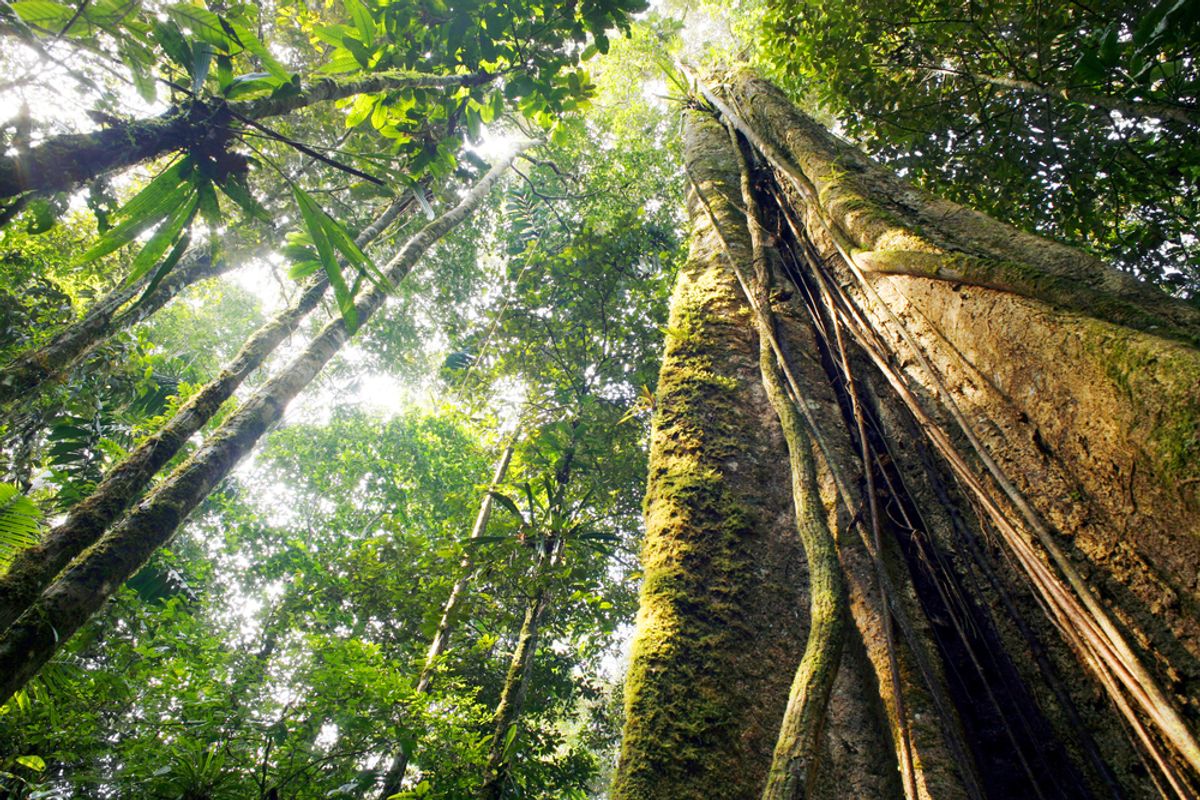 This originally appeared on Climate Central.

Within the botanical menagerie that makes up the Amazon rainforest, which is so important it’s frequently dubbed the “lungs of the planet,” scientists have pinpointed a small number of tree species that are doing the heaviest breathing as they help to slow global warming.

Their discovery—that 182 species store half the rainforest’s woodbound carbon—suggests that the future of the world’s climate, and the contours of its coastal areas, are intertwined with the fate of this small portion of an estimated 16,000 Amazonian tree species.

Despite ongoing logging and recent drought, the Amazon is home to perhaps a sixth of the carbon stored in living vegetation the world over, helping to keep levels of climate-changing carbon dioxide down in the atmosphere.

“The Amazon is a massively important carbon stock, and it’s currently acting as a carbon sink,” Leeds University’s Sophie Fauset, who led the research, said. “What we’re trying to do is increase our understanding of where this carbon is going; which trees are storing it.”

The findings were published Tuesday in Nature Communications following analysis of data covering 530 areas. The most common tree identified in the study, a variety of palm known to scientists as Iriartea, was also found to hold the most carbon. But the other 181 species identified as the most important for carbon storage weren’t necessarily the most common species in the rainforest. They were species that shared combinations of important features, being relatively abundant, long-living and large-growing.

“There are a few species that seem to grow big—and those are the ones you’d want to emphasize in conservation,” said University of California at Berkeley forest ecology professor John Battles, who was not involved with the research. “If you were managing these forests, you would leave these trees.”

One of the most carbon-hungry types of trees identified in the study was the Brazil nut tree, which grows trunks that can easily exceed a height of 100 feet. In a list ranking species by the total number of individual trees growing within the 530 studied plots, Brazil nut trees ranked 243rd. In terms of total growth and productivity, by contrast, they ranked fourth overall, and they were found to contain 1.3 percent of the forest’s carbon.

“The default assumption would be, I think, that given the enormous biological diversity of tropical forests, carbon cycling would be more equitably distributed among plant species,” National Center for Atmospheric Research scientist Rosie Fisher, who wasn’t involved with the study, said. “This discovery overturns that paradigm.”

Fisher said she would be “hesitant to suggest the most obvious idea—that we could store lots of carbon by planting these very large species,” because so little is known about how sensitive they are to the types of droughts and fires that are projected to become more common in the future, nor whether they would thrive in managed forests.

More work will be needed to determine how the findings could be applied to conservation and climate protection strategies—particularly as the climate changes in the Amazon and across the rest of the planet. Rainfall rates have dwindled by a quarter across the southeastern Amazon since the turn of the century, with deforestation and changes in atmospheric circulation regarded as culprits.

“We must remember that these species established under 20th century climate conditions,” Fisher said. “The hyper-dominant species of the coming decades may need to possess different characteristics.”