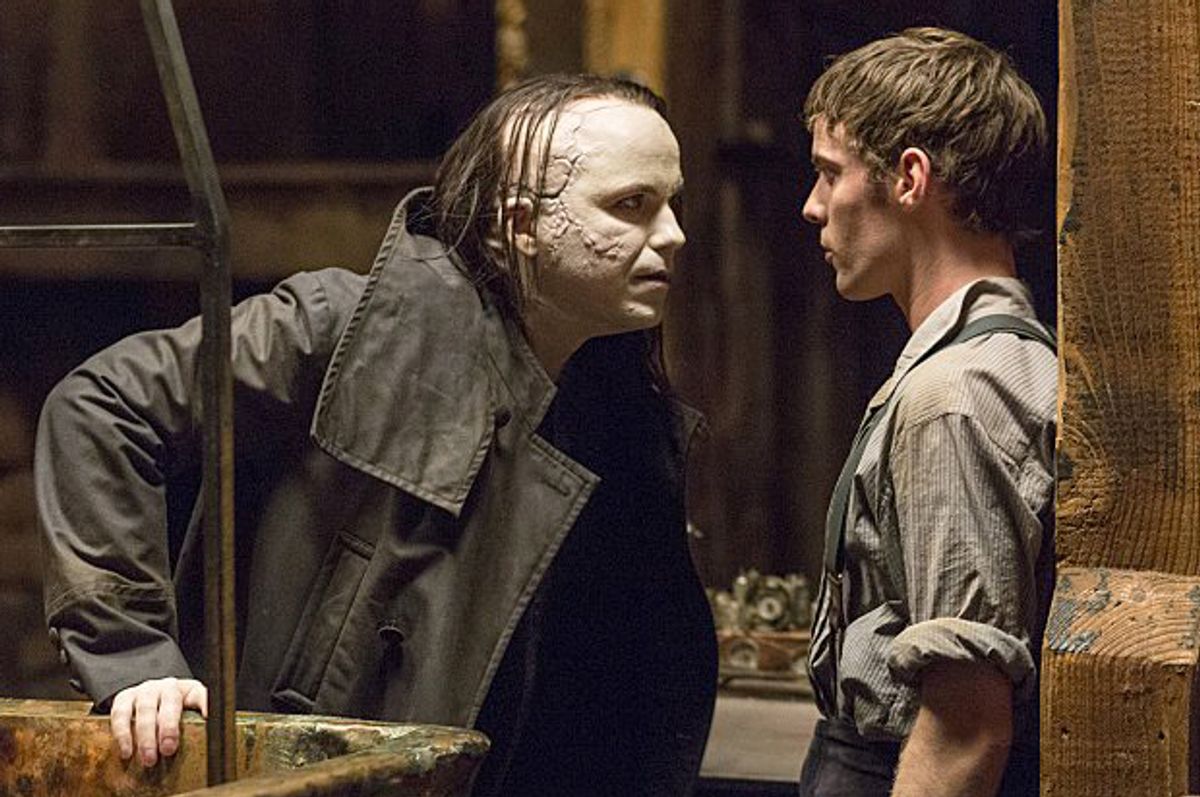 I have been reading, of late, a book by Ruth Goodman called “How to Be a Victorian: A Dawn-to-Dusk Guide to Victorian Life.” I don’t think of myself as much of a reader of histories, but this one has been surprisingly engrossing. Goodman walks through the average day of an average Victorian in Britain, describing the tools and habits that one would use throughout their day—hair-grooming procedures, an average set of chores, the appropriate daily exercise for boys and girls, and how to get dressed. Goodman is also a singular historian for putting herself, literally, into the Victorian world—she farms, dresses and lives as a Victorian for historical inquiry (and maybe also for fun), and as such can offer anecdotal evidence of the efficacy of the products and methods she’s describing. She’s chased pigs in a corset and made her own sanitary pads according to pattern (before washing them according to custom, in a bucket of cold salty water).

The Victorian era is particularly fascinating because it was a time where globalization and industrialization were rapidly transforming daily life. Cotton was cheap, thanks to the British Empire’s stranglehold on India and slave labor in America; mass-producing clothing became possible, thanks to the sewing machine’s decimation of the domestic hand-sewing cottage industry. It’s also an era defined by a sense of progress, although toward what was naturally in some disputation. The behaviors Goodman described almost always trickle down from some sort of conventional wisdom, whether that is moral philosophy, popular science or long-standing tradition. The day-to-day life of the Victorian, as it is made up of tasks and things, belies the day-to-day mind of the Victorian—the preoccupations, superstitions, beliefs and ideals of an entire society. Goodman is very thorough, but the measure of a generation’s consciousness is a monumental task.

In at least the sliver of the Victorian brain that was dedicated to nightmares, “Penny Dreadful” is picking up the slack. The Showtime drama is set in London in 1891—the era of both Jack the Ripper and Sherlock Holmes—but offered, in its first season, a treatment of the era quite unlike anything else we’ve seen. “Penny Dreadful” tells the story of an unlikely ensemble pitted against the forces of evil. Eva Green plays the show’s heart and soul, its protagonist Vanessa Ives; she’s joined by a cast of characters with names so recognizable that it is, like Victorian-era tales of the fantastic, hard to believe. I don’t just mean the actors—though those are recognizable; Josh Hartnett plays an American sharp-shooter with a lot of secrets, and Timothy Dalton plays Vanessa’s father-figure, Sir Malcolm—it’s the characters, too, whose names ring a bell. Harry Treadaway plays a young ambitious scientist named Victor Frankenstein. Reeve Carney is a slippery dandy named Dorian Gray. And Sir Malcolm’s lost daughter—Vanessa’s best friend—is named Mina Murray, the name of Bram Stoker’s protagonist in “Dracula.”

“Penny Dreadful” is about these people encountering the demimonde, which is alternately a physical space and a spiritual plane where the forces of the supernatural meet our world. The word means, in French, “half-world,” and in the show, it seems to reign best in the shadows. It’s a kind of horror extraordinarily well suited to the hulking, smoggy mass of brick and coal that is London in the 1890s—the city is a warren of secrets, most of them rather unsavory ones. And rather than be a show about the demimonde, “Penny Dreadful” entirely takes place in the demimonde—the show itself is the space where the unexplained rises up to mingle with what is known.

And what is particularly astounding about the show is how period-appropriate its concerns are. “Penny Dreadful” engages with not just the period appropriate details of what it would mean to be alive in 1891, but also what it would mean to think and feel in the era. Evil is not just darkness, but explicitly the devil, whether he goes by Lucifer or Satan. Mary Shelley set her Dr. Frankenstein’s experiments in 1823, but in a dank London cellar in 1891, they seem all the more resonant—the anxieties of advances in science eclipsing the dominion of God. Frankenstein’s creature is played by Rory Kinnear, who searches for acceptance in a teeming city of apothecaries and grotesqueries—the metaphorical underground of a city where, by 1891, the creature could himself go down a flight of stairs and step onto the London Underground’s tube system. Dalton’s Sir Malcolm is in London after decades of exploring the rest of the world, revealing an awareness of the effect the British Empire was having on the rest of the world. And perhaps most important, these Victorians all truly believe in the world beyond their own, Christian or otherwise; they know it to exist, and they know there is a good side, and a bad side. “Penny Dreadful’s" demimonde is a long-dead way of thinking carefully brought back to life, much like Frankenstein’s monster.

And in doing so, the show reveals just how much of modern genre storytelling—which is basically modern mainstream storytelling at this point, as comic-book heroes and fantasy series and supernatural TV shows dominate the conversation—traces its roots to the anxiety the Victorians felt at progressing as much as they had, on the leading edge of forces that would go on to sweep the world. The Victorians were defined by their railroads, after all; they were the first to recognize how awful a runaway train might be. “Penny Dreadful”  struggles with the corrosion of long-held beliefs and long-standing traditions, in family, in love, in church. And as such it shows us the roots of our own passion for the supernatural, in a world we now understand so thoroughly that the possibility of enchantment seems very far-flung, indeed. (Indeed: Max Weber, who introduced the idea of disenchantment, was a Victorian.)

Season 1 of the show had its missteps—it’s kind of hard to pin down what exactly happened in the middle of the season, after a particularly eventful séance but before the flashback that explains everything—but “Penny Dreadful” distinguished itself with daring that stayed just this side of camp. This is not a show that is above having fun with its plotting—but it is also a show that is not afraid to make its audience really feel the full emotional heft of its storytelling. Ridiculous things happen, but they are not undermined by later scenes, or shrugged off as funny; the supernatural is handled with a subtlety that sets “Penny Dreadful” apart from most other shows playing with magic, and puts it in the same category as HBO’s “Game of Thrones.”

The second season’s first two episodes have laid aside any doubt in my mind of a sophomore slump for this show. If anything, the return from hiatus has shifted “Penny Dreadful” into even higher gear. That’s helped by the more prominent inclusion of the talented British actress Helen McCrory in the cast, as a worthy, Satan-worshiping foe opposite Green’s Vanessa. McCrory plays Evelyn Poole, whom fans will recognize as Mistress Kali, the practitioner of the dark arts that conducted the show-stopping séance in the first season. Evelyn returns as a deadly, fascinating villain with her heart set on destroying Vanessa, and the two actresses are a joy to watch opposite each other, one a symbol of darkness, the other a symbol of light. It doesn’t even always matter why they’re at each other’s throats. This is a sumptuously produced, beautifully executed show, and if the story doesn’t always make sense, the metaphysics always does.