4 things every woman should know about "coregasms"

Exercise-induced orgasms can occur independent of sex and arousal. Yet another reason to give hot yoga a try 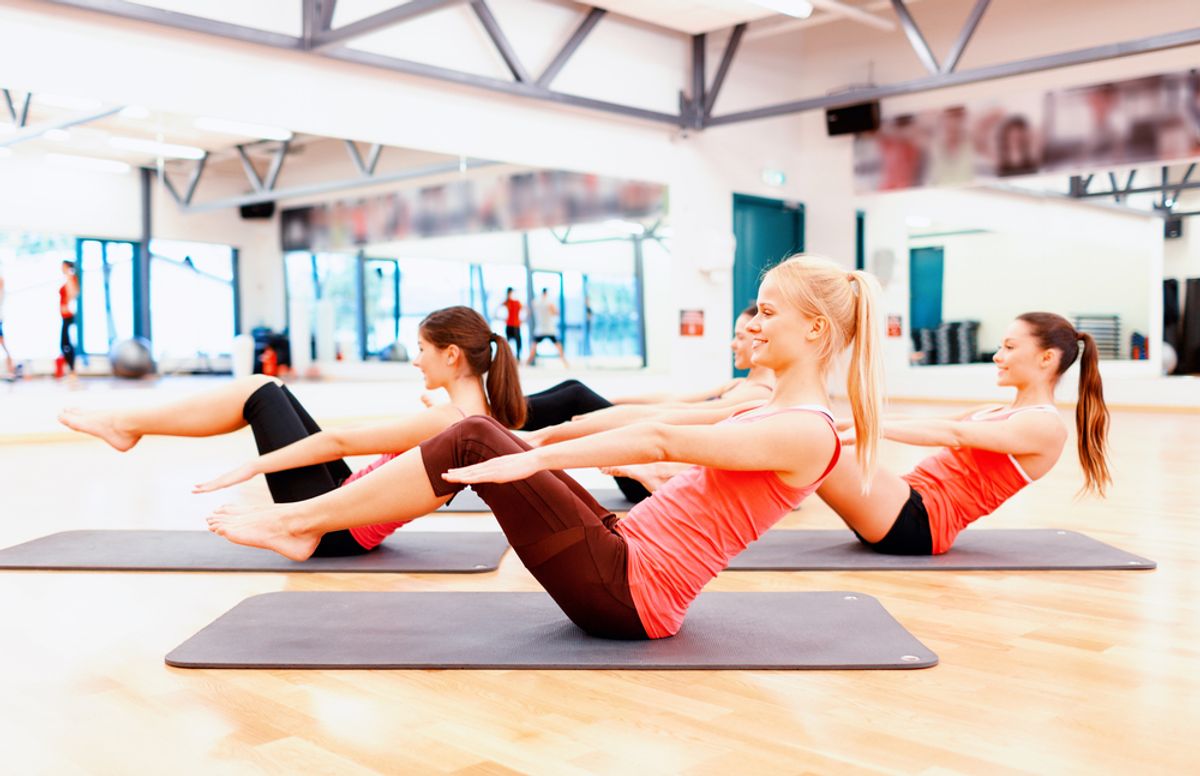 According to research, few women expierience orgasm solely as the result of penetrative sex. That means a good majority of women achieve their orgasms in other ways; the clitoris and its 8,000 nerve endings serves as a popular alternative. But sometimes, just sometimes, women are able to access their orgasms through more elusive means.

Sexologist Alfred Kinsey first introduced the concept of “Exercise-induced orgasms” (EIO) in the early ‘50s. Nearly 60 years later, a team of researchers at the Indiana University decided to revive the conversation.

The team, led by Debby Herbenick, co-director of the Center for Sexual Health Promotion at Indiana University, located a total of 530 women to participate in a cross-sectional, anonymous, Internet-based survey. 124 participants reported having experienced an orgasm (coregasm) during activities like as biking, climbing, yoga, weight lifting and running. Out of that group, a lucky 9.6 percent said they were able to “coregasm” from a brisk walk alone. An additional 246 participants reported to have experienced sexual pleasure (though not orgasm) through exercise.

While the study didn’t determine how common it is for women to experience EIO, the authors did note that it only took five weeks to locate 370 women who had experienced sexual pleasure while exercising – over half of the women surveyed (who ranged in age from 18 to 63). The findings have been published the journal Sexual and Relationship Therapy.

Of course, there are still plenty of things we don’t know about the under-studied phenomenon (Herbenick’s study is already three years old). Listed below is some of what we do know.

1. Abdominal exercises are the most effective means of achieving a coregasm

Let’s start with the name. “Coregasm.” Sure, it’s a popular alternative for the more clinical-sounding “exercise-induced orgasm.” But it also speaks to the part of the body most likely to trigger an orgasm. 45% of the women in Herbenick’s study had experienced sexual pleasure while exercising their lower abdominal muscles.

In open-ended responses, many of the women specifically referenced a piece of equipment called the “Captain’s Chair.” Users place their arms over its padded rests while pressing the torso against the back of the chair. The legs are allowed to hang free. A press release put out by Indiana University explains, “The goal is to repeatedly lift the knees toward the chest or toward a 90-degree angel with the body. “

2. You don’t have to have sex to experience sexual pleasure

As Herbenick reported, “These data are interesting because they suggest that orgasm is not necessarily a sexual event, and they may also teach us more about the bodily processes underlying women's experiences of orgasm."

She added, “Many of the women in our study indicated that they weren't even thinking about sex [at the time].”

Additional data exists to support her claims. A 2000 study titled Sympathetic Nervous System Activity and Female Sexual Arousal was the first to suggest that the female orgasm can occur in the absence of arousal as a “purely physical component.” And clinical psychologist Lori Brotto told Crossfit Journal, “Exercise increases sympathetic nervous system activity and has been shown to heighten sexual arousal… For women who are easily orgasmic, [exercise] might be just enough of a boost to their sympathetic activity to lead them to experience orgasm.”

When discussing her “coregasms” with the publication, an athlete called “Sharon” explained, “You’re more in control. It feels very muscular. I can feel them coming on, and if I continue doing reps, I’ll get to the point of climax.”

3. Coregasms have been around a long time, but they’re not often discussed

Alfred Kinsey, often described as “The Father of the Sexual Revolution,” first introduced the concept of exercise-induced orgasms back in 1953. In his book Sexual Behavior in the Human Female, he reported around 5 percent of females studied had experienced an orgasm while exercising. Since then, conversations surrounding the phenomenon seemed to have dropped off. It’s probable that in the past 60 years, schools of women have experienced similar sensations. They just didn't know who to report it to.

Dr. Justin Lehmiller writes on his blog, “Scientists have known about this for over a half-century!” He adds, “Exercise-induced orgasms are not all that rare, nor are they the brand new discovery heralded by many fitness magazines.”

4. It might be possible for men to experience coregasms as well

Personal trainers Bret Contreas and Dean Somerset (also a trained kinesiologist) decided to reexamine the coregasm phenomenon during a fitness summit in Kansas City. When discussing their conclusions with the site Refinery 29, Somerset explained, “[Coregasms don’t] happen exclusively with women… Men report a similar incidence rate, but the mechanisms may be completely different, since the anatomy is different. My theory is that it occurs through prostate stimulation, but it's not something we've investigated deeply as of yet.”