Donald Trump slams Pam Geller for “taunting” Muslims with “Draw the Prophet” contest: “What the hell is she doing?"

"They can't do something else? They have have to be in the middle of Texas insulting everybody?" 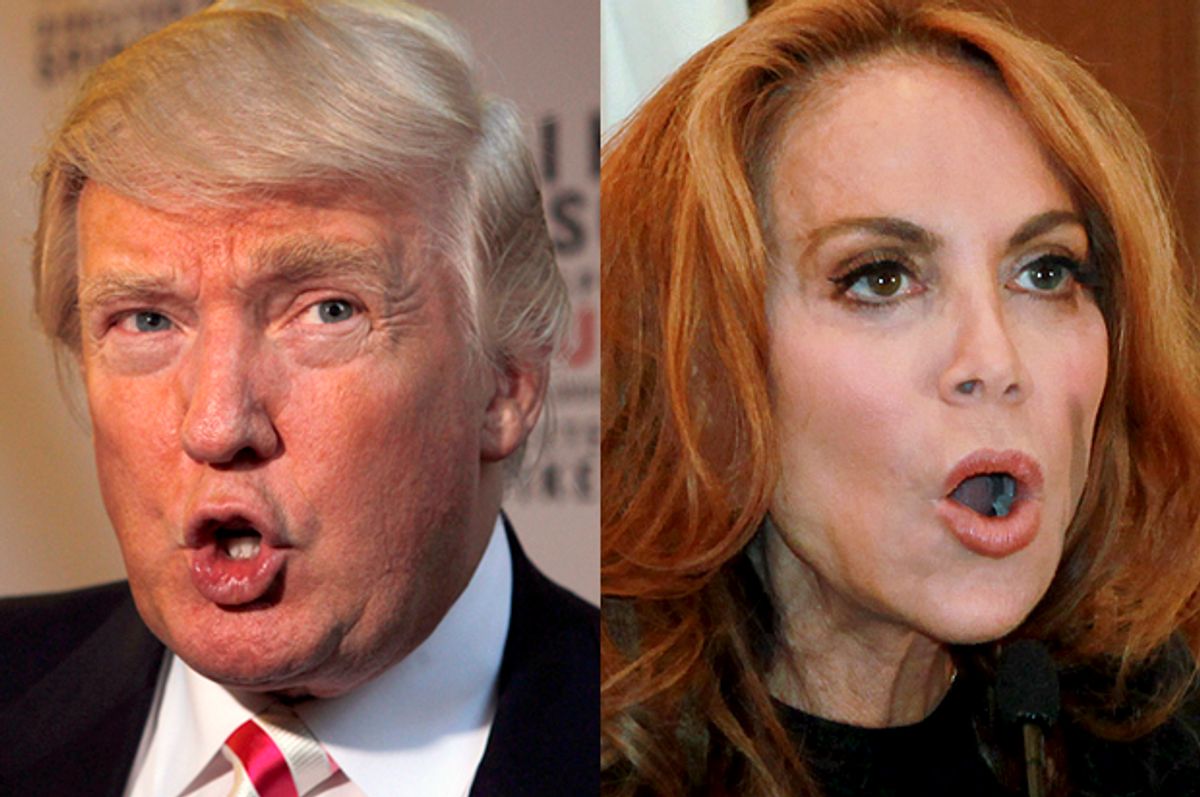 Donald Trump was asked on "Fox & Friends" this morning for his opinion on the shooting outside Pam Geller's "Draw the Prophet" contest, and he didn't mince his words.

Brian Kilmeade asked whether he still believed "in freedom of speech, regardless of what they're talking about -- you've got to think they could do without being shot, don't you think?"

Trump replied that it's "very terrible," but was heartened that the police acted "very strongly" by killing the two suspects. After blaming the "weak action" of the Baltimore police for the destruction of "over 200 businesses in a single night," he praised the Garland, Texas police for their handling of these shooters.

However, he quickly switched subjects, saying that "I watched Pam [Geller on Fox News] earlier, and it really looks like she's just taunting everybody. What is she doing drawing Muhammad? I mean it's disgusting," he said in reference to the attempted shootings. "Isn't there something else they could be doing? Drawing Muhammad?" he went on.

Trump replied by again asking, "They can't do something else? They have have to be in the middle of Texas doing something on Muhammad and insulting everybody?"

He reiterated his disgust at the attempted shooting, as well as his belief that Geller is taunting Islamic extremists. "What is she doing?" he asked. "Why is she doing it? It's probably very risky for her -- I don't know, maybe she likes risk?"

"But what the hell is she doing?" he concluded.

Listen to the entire interview on "Fox & Friends" via Fox News below.