How did the "obviously problematic" campaign make it past five layers of approval? John Oliver investigates 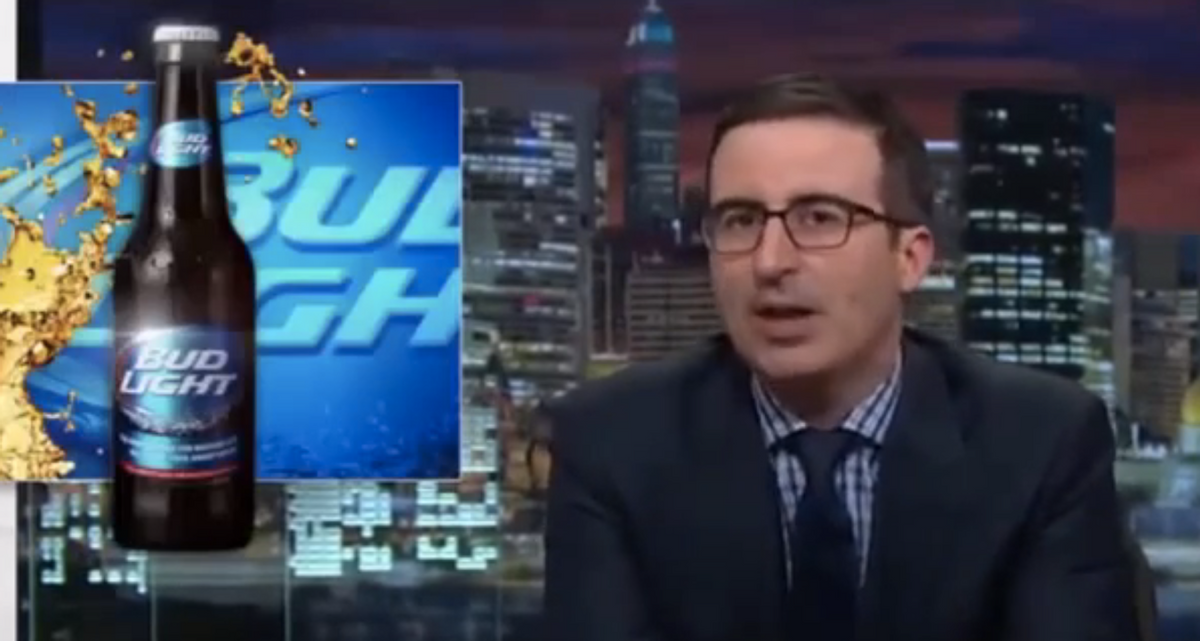 In a segment from Sunday's "Last Week Tonight," John Oliver unpacked Bud Light's #UpForWhatever campaign, the "obviously problematic" series of ads which featured the tagline “Remove no from your vocabulary.” As one commentator observed, it just had a "certain rapey feel to it."

"If Budweiser is the king of beers, then Bud Light is the feudal peasant covered in donkey shit of beers," Oliver said, before launching into speculation over how this PR disaster was able to make it through 5 (five!) layers of approval.

In the spirit of the bro-y campaign, Oliver followed that up with a mock ad for the beverage that tastes like a "scared rabbit's urine." Or, "a liquid John Mayer Song." Or, alternatively, "if a nickel could urinate."

Watch the clip below via Berto Majden