Time to panic: Big data says you may already have ruined your kid's life 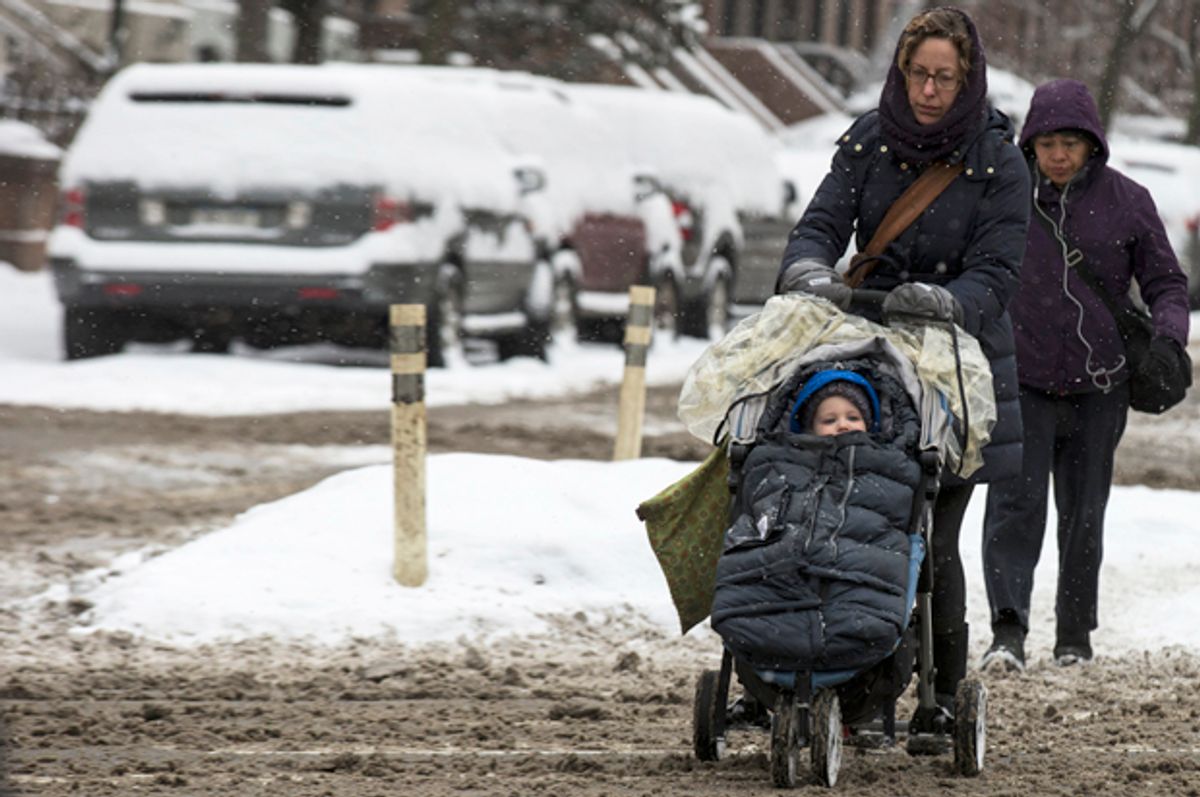 Parents of teenagers have just gotten through holding their breaths and figuring out where to send their children to college and how to pay for its skyrocketing costs. In many cities, spring is also an anxious time as parents of younger children wait to see if their kid has won the lottery for charter and magnet school admission. If families aren’t scared and demoralized enough – just when you thought it was safe to check the mail again – comes a lavish new front-page feature from the New York Times telling folks if they have enriched their children with their geographical choice of dwelling, or done Junior irreparable, long-lasting damage.

The study’s claim, of course, is modest: “The Best and Worst Places to Grow Up: How Your Area Compares.” It’s only about the lifetime fate of your offspring. And the thing that Americans are increasingly obsessed with and frightened about: money.

The Times project is inspired by “a new study by Raj Chetty and Nathaniel Hendren that has huge consequences on how we think about poverty and mobility in the United States. The pair, economists at Harvard, have long been known for their work on income mobility, but the latest findings go further. Now, the researchers are no longer confined to talking about which counties merely correlate well with income mobility; new data suggests some places actually cause it.” The findings have been presented to the Obama administration as well as Jeb Bush and Hillary Clinton, and it’s framed by the Times as clarifying some of the debates around the L.A. riots as well as the chaos in Baltimore.

Okay, that all sounds pretty important. The Times project is full of valuable, even fascinating data and surely took substantial resources at a time when nearly all publications are cutting back. We applaud the dedicated if overdue attention the New York Times and the rest of the mainstream press have begun to pay to issues of inequality and plutocracy. But this one ends up, for all of its apparently rigor and claims to sweep and completeness, with some serious holes.

It’s sort of the technological equivalent of yes-man culture, but with the blindness of Big Data replacing the sociology of in-group conformity. It also brings to mind the way Scottish writer Andrew Lang once described statistics – as something used the way a drunk uses a lamppost, for support rather than illumination.

The criteria, it turns out, of what makes a place a best or worst place to grow up turns entirely, it seems, on the how much children from various income groups earn at age 26. (“Children who grow up in some places go on to earn much more than they would if they grew up elsewhere,” a subhead says.) The data is tiered for poor kids, kids whose families earn around the median, upper-middle-class kids, and children of the 1 percent; it is also broken out by gender.

But the study, which seems to be motivated by an urge to see where poor kids can most easily escape poverty (“An Atlas of Upward Mobility,” a headline begins) over-reaches, and the Times presentation does it no favors.

Let’s look, for instance, at one spot and see how it does. Among the most educated areas of the nation is the part of North Carolina known as the Triangle, the points of which are Raleigh (the state capital), Durham (home of elite Duke University) and Chapel Hill, which comprises the state’s flagship public university. Chapel Hill, in Orange County, is the region’s glamour town, with high property values and a tolerant sensibility to match. According to the automated prose in the Times’s online coverage: “Orange County is extremely bad for children in rich families. It is among the worst counties in the U.S.”

Here’s what else the Times tells us: “It’s among the worst counties in the U.S. in helping poor children up the income ladder. It ranks 197th out of 2,478 counties, better than only about 8 percent of counties. Compared with the rest of the country, it is also bad for rich boys and rich girls.”

Looking more closely at the data, we see that greater Chapel Hill is very bad for everyone, across income levels, but really, really bad for kids in the top 1 percent. Kids from the upper-middle class (household income of around $100,000) show up in the lowest category, with the female offspring of the plutocracy falling down by almost $5,000!

Look at Southern California (where I live and where my wife has worked in public education for more than a decade) and the figures are almost as strange. L.A. County is heterogeneous enough to make this kind of study almost worthless – it contains a large, eternally embattled urban school district as well as Beverly Hills, Arcadia, San Marino and other pockets of privilege. But growing up here is “very bad” for kids: Everyone, across the income scale, does poorly, and children of the upper–middle class earn $4,350 less than the median. Even Orange County, C.A. – home of Newport Beach, Laguna Beach and “The O.C.” -- sends upper-middle-class kids out with $4,090 a year below the median.

It’s hard to figure out just what went wrong here. We’ll leave aside the larger philosophical question of whether we can measure a parent or child’s success by the kid’s earnings at 26. But could it be that counties that produce children who go to graduate study, whether to pursue literature or medical school, end up looking like economic wastelands?  There are probably other reasons as well, but what’s sure is that something doesn’t work here.

The fact that this kind of thing comes out of Harvard – a school attended, we’ll wager, by folks from Chapel Hill and Beverly Hills and Newport Beach at a far higher rate than from the Appalachian counties that do better in this survey -- and the New York Times, still for all its faults America’s smartest newspaper – shows just how far the tech-utopian worship of Big Data has gone.

What’s interesting is that the limits and blind spots of the very method the Times uses on its map were eloquently explicated the other day in… The Times. “”If you’re trying to make important decisions about your health, wealth or happiness, big data is not enough,” economists Alex Peysakhovich and Seth Stephens-Davidowitz wrote in “How Not to Drown in Numbers,” from the paper’s Sunday Review. “The things we can measure are never exactly what we care about… the key question isn’t ‘What did I measure’ but ‘What did I miss?’ “