Even misogyny is bigger in Texas: This Republican's cruel law would force women to carry non-viable pregnancies to term 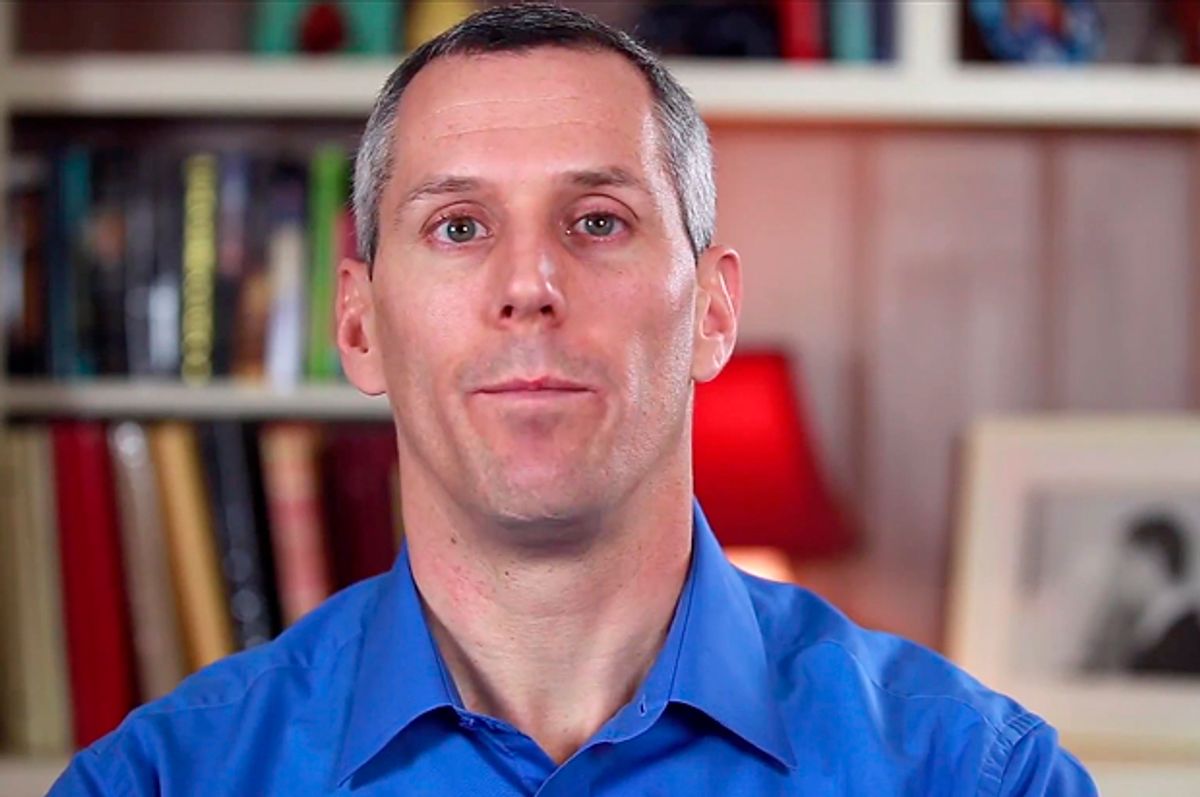 If you just never get tired of that cleansing sense of rage you feel when people who will never experience pregnancy attempt to dictate how it should proceed for people who do get pregnant, today is your lucky day. If however you also happen to a woman who might at some point endure a particularly complicated, heartbreaking experience, and you live in Texas, maybe you won't feel so lucky then.

As Andrea Grimes first reported in RH Reality Check, Republican State Representative Matt Schaefer has recently proposed an amendment to the Health and Safety Code for medical facilities that would "prohibit the performance of an abortion at the facility on the basis that the fetus has a severe and irreversible abnormality." And as he explained last month on Facebook, "Fetal abnormalities should not justify taking the life of unborn babies." In other words, regardless of the viability of a fetus, Schaefer would like to make sure that a woman be forced to carry it as long as possible. Why? Because as he sees it, those fetuses "are going to suffer, they’re going to feel pain" and well, "That’s part of the human condition, when sin entered the world, and it grieves us all." Grimes notes that Schaefer's clever idea to legislate suffering "was tacked on as an amendment to a bill about the bureaucratic operations of the state health department, as if it were some kind of especially abhorrent afterthought." Houston Rep. Jessica Farrar, meanwhile, boggled that "I won’t even go into the level of misogyny I have experienced this session." Appallingly, the bill passed before State Rep. Trey Martinez Fischer quickly filed a legislative point of order that put it back under review.

At the risk of stating the obvious to everyone with a modicum of human experience and empathy, we are not required by law to suffer, and the government is not in the business of making decisions about health based on anyone else's feelings about sin. And if Schaefer truly believes, as he says, "We should value what God values, and that’s the life of the unborn," I wonder why he thinks God himself always seems to end such a high percentage of them in miscarriage?

As Charles Vestal wrote so beautifully and intimately in Medium last year, abortion is not just an issue for women who are facing unwanted pregnancy, or even those who are the victims of rape or incest. Sometimes, a pregnancy is very much desired, but there are serious complications that make that hoped for outcome of a healthy baby impossible. And in those cases, the compassionate thing is reduce that suffering, for every party involved. Vestal knows, because he and his wife and his son William, who was born and died the same day, did not get that opportunity to "end a pregnancy that we both wanted so desperately, to save our child from suffering; to not inflict that agony on our unborn son." Two years ago, the film "After Tiller" explored the stories of women facing late term abortion and the tiny handful of doctors in the United States who perform them. Among them were women and their partners who were gutted to learn the babies they had wanted, had named, were not going to live. And as Dr. Susan Robinson told Salon at the time, "Women can wrestle with complex ethical issues…. The one thing every woman has in common in that clinic is that they never thought they’d be there and they wish there weren’t there."

What clowns like Schaefer seem to repeatedly either forget or ignore is that carrying a baby who isn't going to have a life is not an affirmation of life. And forcing women to endure pregnancies with known complications put them at serious risk for infection and even death. Women die when they are refused the medical intervention they require when a pregnancy goes wrong. It's just that simple. Suffering is indeed part of the human condition. But mercy is supposed to be a greater part of it. You can choose which side you want to fight for. And once again, it's clear what side the opponents of reproductive health and freedom are on.