"The U.S. government already controls Texas. Just borrow a textbook from a neighboring state — it’s all in there" 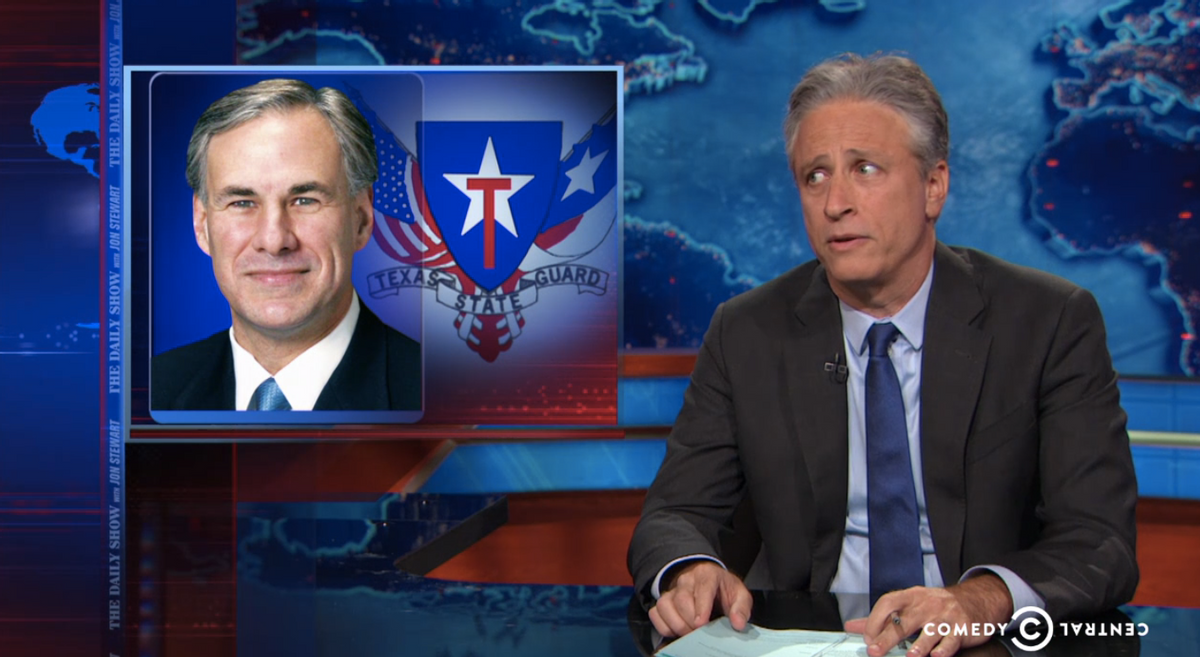 Jon Stewart broke the number one rule of the Lone Star State last night and messed with Texas, ripping theories surrounding the Jade Helm 15 military exercises -- including, of course, the state governor's theory that the government was planning a "Texas Takeover."

"You know who's calling it 'Texas Takeover?'" Stewart  asked. "Lonestar Lunatics. Dallas Dipshits.  The United States government already controls Texas. Just borrow a textbook from a neighboring state — it’s all in there.”

Stewart went on to call Texas Gov. Greg Abbott (R) "adorable" for thinking the State Guard could take on the U.S. military: "It's like a little dog growling at a big dog, or an eight-year-old picking a fight with the Predator," he said.