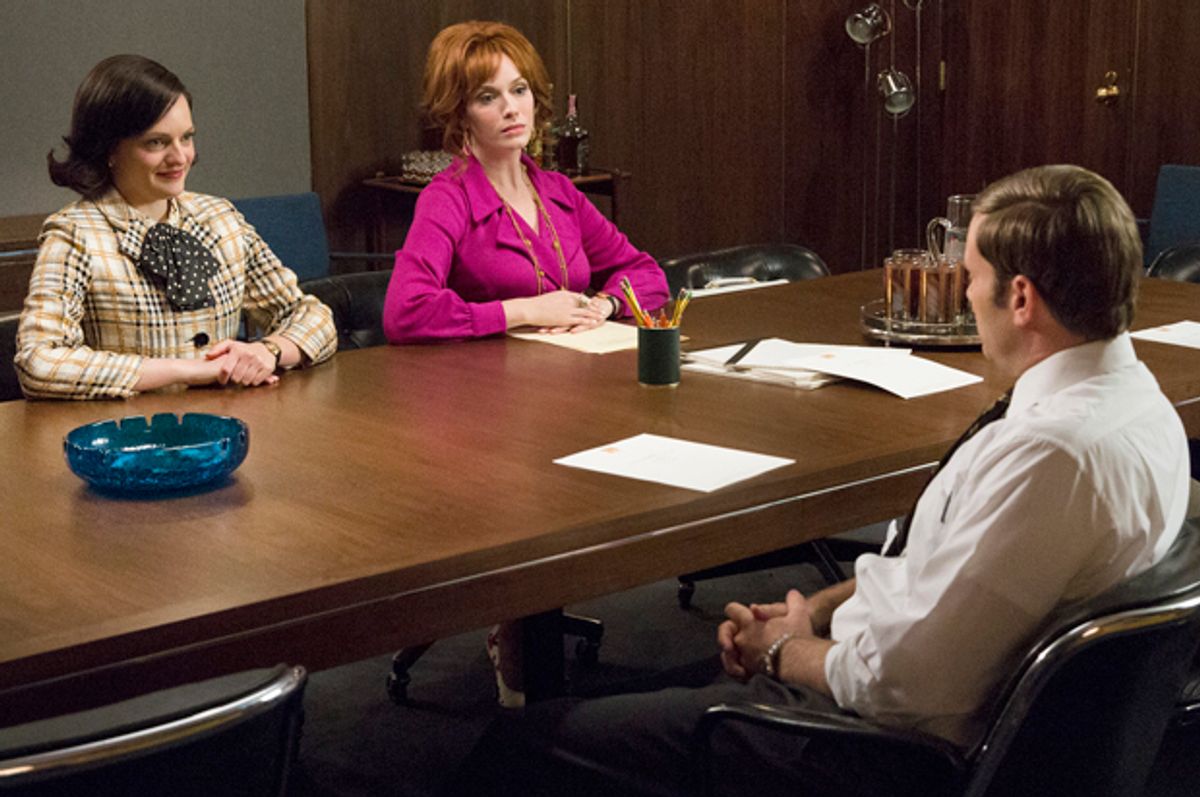 Can men really have it all? According to a small but fascinating new study on gender, expectations around productivity and work-life balance, the answer might be: Yes -- or at last more of it than women.

Erin Reid, a professor at Boston University’s Questrom School of Business, interviewed 115 employees at an elite consulting firm with a culture of long hours and around the clock availability to see how people coped with the demands of the job. As it turned out, men and women both reported feeling pressed by the expectation that they’d drop everything to meet with a client, but they tended to take different approaches to resolve the issue.

After talking to workers and reviewing performance data and other internal documents, Reid found that many men at the firm fudged the numbers to make it seem like they were working more hours than they really were. They also used their professional relationships to schedule meetings at convenient hours and benefited from coverage provided by their colleagues. But women, facing the same challenges, were much more likely to put in official requests for flexible hours or other accommodations.

As Neil Irwin put it over at the Upshot: “The maxim of ‘ask forgiveness, not permission’ seemed to apply.”

The different approaches brought different results. By fibbing about the hours they spent on the clock, men were able to make time for work, family and leisure while still living up to the “ideal worker image.” (This also happens to be the name of the study.) Women, on the other hand, were penalized for requesting time off. Even though the men and women in the study were effectively working the same hours, the guys came off better and were regarded as model employees. Meanwhile, women received lower performance reviews and were marginalized in the firm.

Here’s Reid writing about her findings at the Harvard Business Review:

My research revealed that men were just as likely as women to have trouble with these “always on” expectations. However, men often coped with these demands in ways that differed strikingly. Women who had trouble with the work hours tended to simply to take formal accommodations, reducing their work hours, but also revealing their inability to be true ideal workers, and they were consequently marginalized within the firm.

In contrast, many men found unobtrusive, under-the-radar ways to alter the structure of their work (such as cultivating mostly local clients, or building alliances with other colleagues), such that they could work predictable schedules in the 50 to 60 hour range. In doing so, they were able to work far less than those who fully devoted themselves to work, and had greater control over when and where those hours were worked, yet were able to “pass” as ideal workers, evading penalties for their noncompliance.

Reid called this “passing”: the ability to make people think you're a workaholic without actually being one. But -- and this may shock you so please brace yourselves -- men had an easier time doing it than women. Reid attributed this to the fact that "women’s work time may be under greater scrutiny than men’s." But it was also a matter of gendered expectations about how men and women use their time. Based on interviews Reid conducted, she found that people at the firm seemed to assume that women who left the office by five were going home to their kids whereas they were more likely to assume that men doing the same thing were heading out to meet a client.

And it's because of this kind of bias that "passing" makes for a poor strategy to fix the problems faced by many working parents, particularly women. Though the deception may help some men, it leaves in place institutional structures and organizational priorities that value hours clocked over actual work accomplished. It also leaves unchallenged the assumption making family a priority -- cutting out early to make it home in time for dinner, missing a meeting to take a sick relative to the doctor -- means that you lack commitment to your work.

Reid also found that the idea that more hours equals better work is so entrenched that when she presented her findings to the firm, the response was that women should be coached on how to "pass" rather than reassess company policies so that they wouldn't have to in the first place. In this case, the firm felt that encouraging workers to lie made more sense than setting realistic expectations around workload and hours on the clock.

The study is small and limited to one firm. While the research may not be nationally representative, it raises some interesting questions about how the appearance of productivity is very different than actual productivity, and how those appearances are marked by gender.

It's also a reminder that gendered expectations can distort reality. If you assume men work harder than women, then that's probably how you'll interpret what's going on around you -- even if the opposite is true.