Oh, the places these bigots will go!: "The Daily Show" bids farewell to the "Hate Class of 2015" 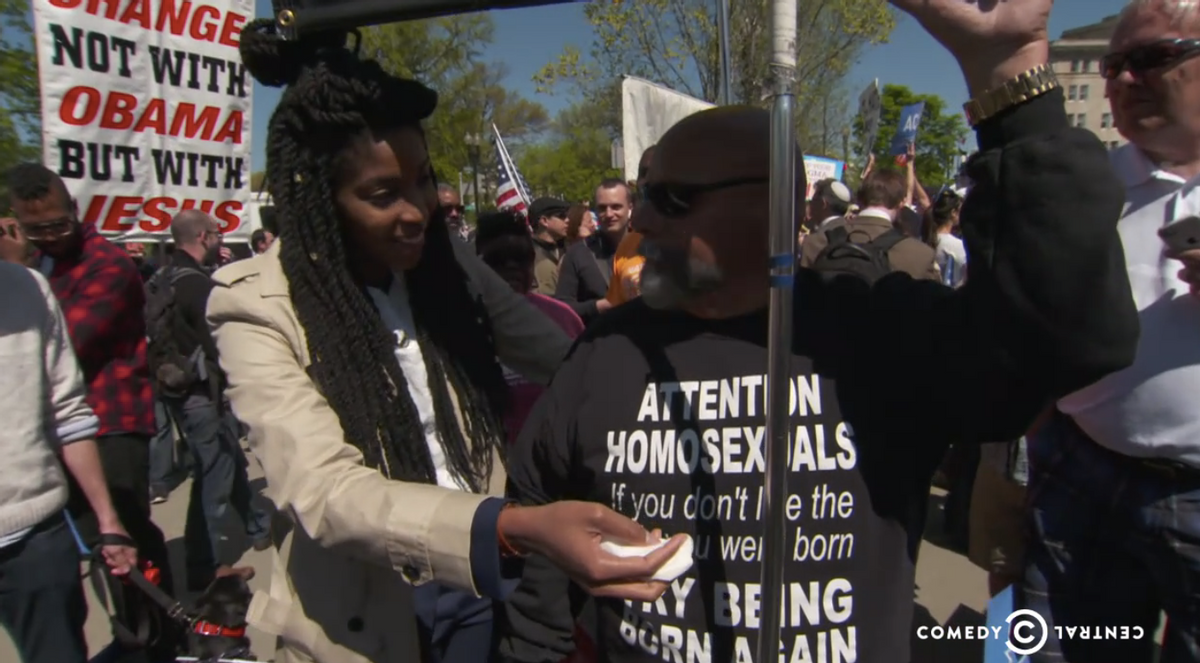 With the Supreme Court likely ruling in favor of marriage equality, "The Daily Show's" Jessica Williams took the opportunity on Monday night's "Daily Show" to commemorate the "Hate Class of 2015" in a reported segment outside the Supreme Court where anti-gay protesters lined the pavement to give their bigoted cause one final push.

Williams attempted to grab a few interviews with the tackily clad protestors and bid them a heartfelt farewell. Each seemed to lead her closer to Brother Ruben Israel, voted Most Popular amongst the street preachers (and it's super easy to see why). Israel sported a tee that said "Attention homosexuals: If you don't like the way you were born, try being born again" and told Williams that there were "a lot" of other lesbians to get hugs from when she went in for a warm embrace. Awww, godspeed, Hate Class of 2015!