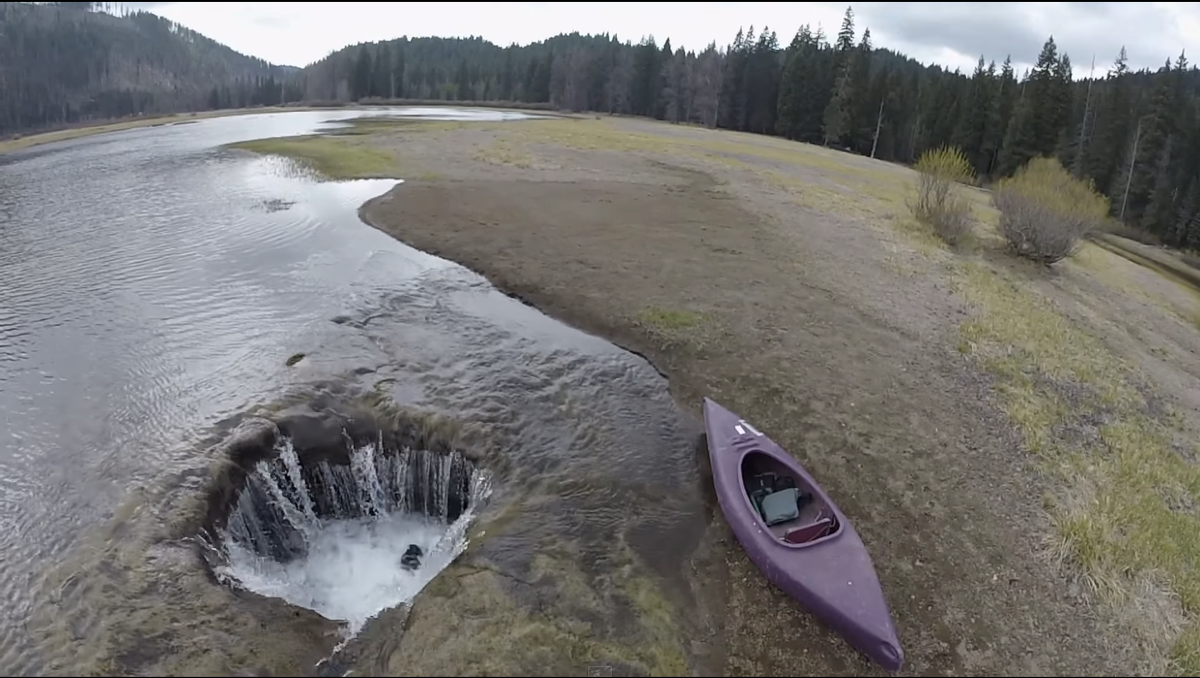 Lost Lake, a body of water in Central Oregon, gained its name and national notoriety for its peculiar habit of draining itself once a year. In the winter, it is a normal lake -- indistinguishable from any other -- but in the summer, the lake disappears into a hole and the basin becomes a meadow.

The Washington Post's Justin Wm. Moyer explains the geological phenomenon behind the pattern:

“It fills up in the winter, when input exceeds the rate of draining, and then it goes dry and it’s a meadow,” Jude McHugh, spokesman for the Willamette National Forest, told the Bend Bulletin.

Wherefore comes this hole? It’s a lava tube, formed during a volcanic eruption when the surface of a lava flow cools, but hotter lava flows beneath the surface

In other words, when the lake's inflow exceeds its outflow, the lake is full -- when it doesn't, the lake drains. Scientists don't know exactly where the water goes, but they suspect it is absorbed into the subsurface.

Some dummies have attempted to plug the hole -- we're not sure why but we assume it's part of some kind of primitive urge that leads to boys stuffing things into other things -- and U.S. Forest Service staff have found auto parts and other trash in the mouth of the lava tube.

"If anyone was ever successful at plugging it -- which we're not sure they could do," said McHugh, "it would just result in the lake flooding."

Watch a video of the lake draining, courtesy of the Bend Bulletin: