"Should we get rid of all the Jews?": Megyn Kelly accuses Bill O'Reilly of "catering to the jihadis"

The two were discussing the shooting of two extremists in Garland, Texas on Sunday when things got heated 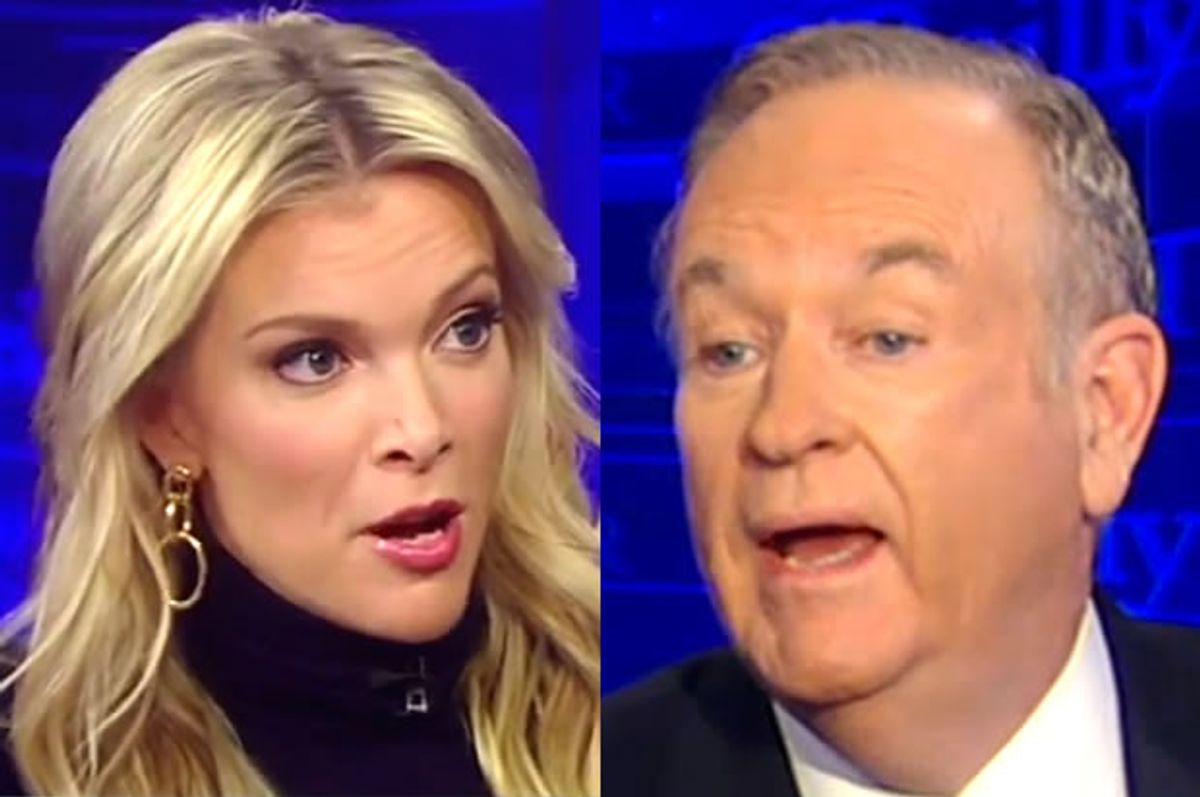 On "The O'Reilly Factor" last night, Megyn Kelly shamed host Bill O'Reilly for daring to criticize Pam Geller's absolutist version of free speech, saying that he was "catering to the jihadis."

The pair were discussing the shooting of two Islamic extremists in Garland, Texas, on Sunday when O'Reilly echoed Donald Trump and claimed that Geller and the American Freedom Defense Initiative "provoked" the attempted attack.

Geller and the AFDI -- an organization that has been labeled a hate group by the Southern Poverty Law Center (SPLC) -- were "trying to make a point about the First Amendment and free speech," Kelly said, by hosting their "Draw the Prophet" contest at the same facility that had hosted a seminar on Islamophobia in January.

"So they wanted to defy the fear the jihadists have imposed on the world?" O'Reilly asked.

"But there's always cause and effect," O'Reilly said, before joking that because Elton Simpson and Nadir Soofi attacked the event, they died and "a lot of people aren't feeling sorry for them." However, he said, "this is what happens when you light the fuse -- you get violence."

"I would do it another way," O'Reilly said, adding that he agrees with her point in principle -- but Kelly was incensed.

"You know what else the jihadis don't like?" she asked rhetorically. "They hate Jews. Should we get rid of all Jews? Because that's the path we're going to go down if we start catering to the jihadis. There's no satisfying them. There's no making them happy. You can't not do things because it'll make the jihadis upset."

Watch the entire exchange below.