"This is war": Sunday's attack by two radicals gave Geller a perfect platform for dividing Americans along religious and ethnic lines

The controversy isn't about satire of the Prophet, or free speech. It's about extremism and hate -- on both sides 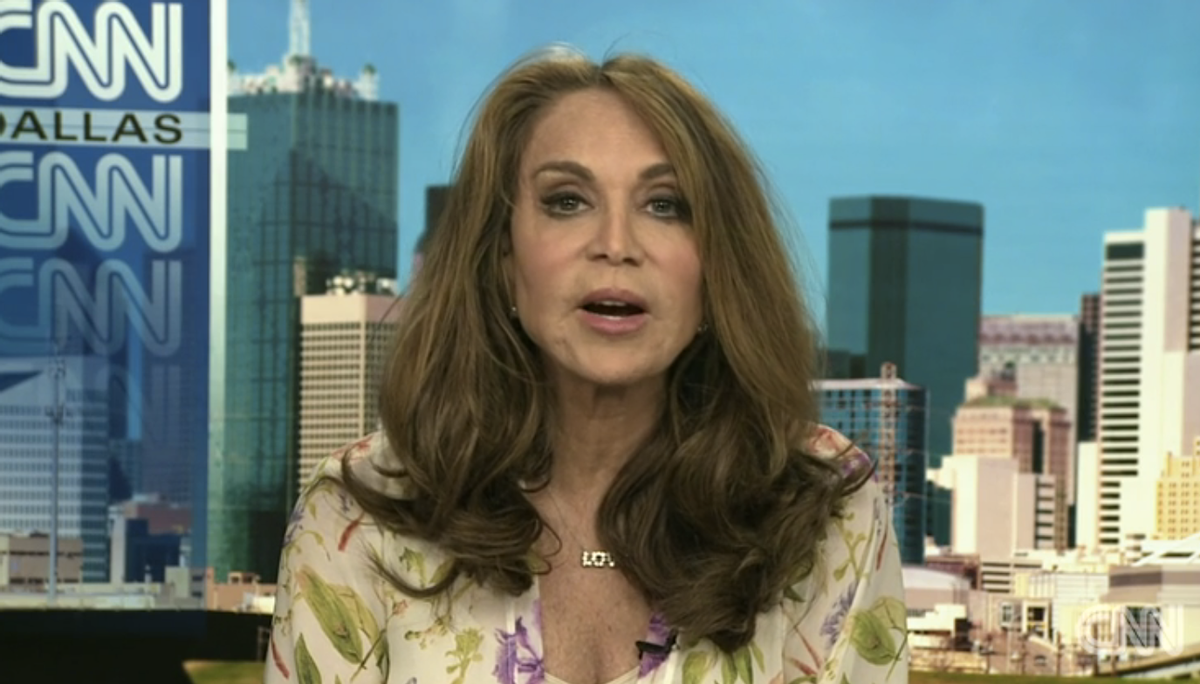 A caricature, such as you would find in a cartoon, is simply an exaggerated depiction that highlights specific characteristics for comic or grotesque effect. This past Sunday, with the gun attack at a Muhammad cartoon-drawing contest in Garland, Texas, we witnessed two tragic caricatures: one masquerading as Islam and the other as a defense of American freedoms.

The two shooters were killed in a fatal firefight with security guards outside the event, which was organized by professional anti-Muslim activist and hate-monger Pamela Geller. A security guard they shot at was wounded in the leg. According to reports, the two attackers were roommates from Phoenix: Nadir Soofi and Elton Simpson, a convert to Islam who was charged in 2010 with lying to FBI agents in connections with terrorism. ISIS has claimed responsibility for the attacks, but so far has offered no evidence that the gunmen were associated with the group.

Individuals like these insult the Prophet and offend his tradition by resorting to violence supposedly to defend his honor. In contrast, the Quran commands believers to ignore and “disregard their hurtful talk,” to “pay no attention to foolish people,” “bear patiently,” and “walk humbly on Earth, and who, when the foolish address them, reply ‘Peace.’”

This was the behavior of Texas Muslims, who number about 140,000. They chose to ignore Geller’s event and deprive her of the oxygen of publicity: No one even showed up to protest.

People who use violence to defend the Prophet betray his legacy and fundamental Islamic values. People like Geller and her allies who exploit fear and promote civilizational conflict offend our American heritage and betray its fundamental values of pluralism. The “West is at war with Islam” is the propaganda narrative used by al-Qaida to recruit. Ironically, “Islam is at war with the West” is the narrative peddled by Geller and Dutch politician Geert Wilders, who has called for a ban on Muslim immigration, mosques and Qurans.

These ideological extremists are two faces of the same coin; they have a symbiotic relationship strengthened and sustained by the other’s toxic absolutism.

Unfortunately, the attack by the two radicals gave Geller a perfect platform to promote her divisive agenda. “This is war,” Geller responded on her blog. “This is a war on free speech. What are we going to do? Are we going to surrender to these monsters?”

As an American writer who knew only three words of English until I was 5, I have dedicated my career to fighting bigots and hate-mongers of all shapes and sizes. Armed with pen and laptop, and encouraged by my freedoms enshrined by the Constitution, I consider it my mission to satirize and criticize monsters of all kinds.

But I am also only too familiar with the pressure applied to Muslims to issue the obligatory, fulsome condemnations of criminal acts committed by others. Being in public life means that you can never stop proving yourself as a “moderate Muslim.”

This post-9/11 “call and response” reflects a hostile, fearful political climate. But the real controversy is not about caricatures or satire of the Prophet, nor about free speech. It is about extremism and hate — on both sides.

Geller recalls the tradition of anti-Semites and anti-Catholic bigots before her: Her call for “war” is designed to divide Americans along religious and ethnic lines. She believes, for instance, that practicing Muslims should not be allowed to serve in the military, which should surprise thousands of patriotic active servicemen who happen to be American Muslims. She also mobilized the inflammatory “Ground Zero Mosque” protests in 2010 that inspired Pastor Jones of Florida to threaten to burn the Quran on the anniversary of 9/11.

"Images of the burning of a Quran would undoubtedly be used by extremists in Afghanistan -- and around the world -- to inflame public opinion and incite violence," warned Gen. David Petraeus, who was the top U.S. and NATO commander in Afghanistan at the time.

Ignoring the call for restraint, Pastor Jones went ahead and burned the Quran on March 20, 2011, directly resulting in retaliation by extremists who “avenged” the act by attacking a United Nations compound in Afghanistan and killing 12 innocent people.

Extremists fuel other extremists as the world burns between their hate.

Anti-Muslim hate espoused by Geller is now globalized, traversing the Atlantic and inspiring terrorists, such as Norwegian Anders Breivik. In 2011, he massacred 77 people, mostly teenagers, to save Europe against multiculturalism and Muslim immigrants and to warn of its inevitable “Islamization.” Breivik left behind a detailed 1,500 page manifesto where he cited and praised the writings of Geller, Wilders and their ideological allies and fellow travelers.

The cost is usually borne by the marginalized and innocents of society, those who have no relation to terrorists except sharing a similar skin tone, ethnicity, religion or country of origin.

Wilders was an invited speaker at the Garland, Texas, event. His credentials include being charged by his own government with inciting hate against Muslims. In response to the Charlie Hebdo shootings, Wilders tweeted, “This is war” — not just against violent extremists, but all of Islam. After Sunday's shooting, Geller echoed, “This is a war and the war is here. Not in Paris, not in Copenhagen — but in Texas.”

Violent Muslim extremists are no doubt nodding their heads in agreement.