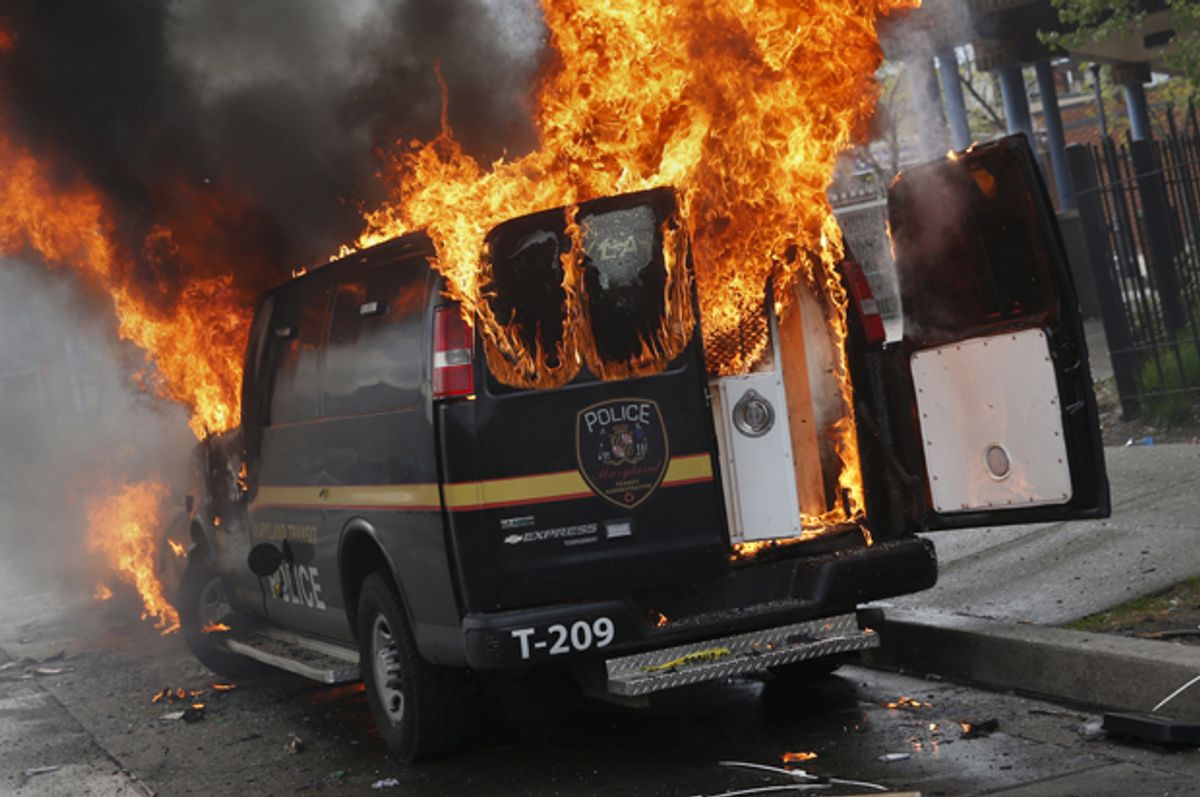 In her latest column for World Net Daily, PolitiChicks co-host Morgan Brittany speculated that the civil unrest in Baltimore didn't "just happen," but that something far more nefarious did -- something that could lead to martial law being declared across the land and the postponement of the 2016 presidential election.

According to Brittany, what happened in Baltimore is the culmination of a plan put in motion when President Barack Obama was first elected, to "ramp up" racial tensions in the United States.

The president "surrounded himself with racially diverse people in his administration" and "inserted himself into every controversy that had a racial component" in an effort to tear "off the the scab of old wounds from the 1960s and [fan] the flames of hate for the police."

Along with Al Sharpton and Malik Shabazz, Brittany argues, Obama hopes to lead an army of rioters who will follow "the direction of their leaders to destroy and cause chaos." She claims that this worked in Ferguson, Missouri after the Michael Brown shooting, and that it is working again in Baltimore after the fatal arrest of Freddie Gray.

Brittany suggests that the reason Maryland State Attorney Marilyn Mosby had charges filed against the officers responsible for Gray's death is because she "know[s] that this [is] an overreach," and that after they are acquitted, "the lid will blow off, and we will have another Rodney King situation."

"From now until the verdict in this trial," she concludes, "the agitators will continue to travel and communicate city to city, town to town, stirring up unrest and hate, keeping people on edge waiting to see the result of this cliff-hanger. If the verdict is not what they want, perhaps Obama will have to institute martial law to preserve order, form a national police force and postpone the 2016 elections."