Paul Giamatti, John Hawkes, Vincent Kartheiser and Jeff Goldblum all weigh in on the important question 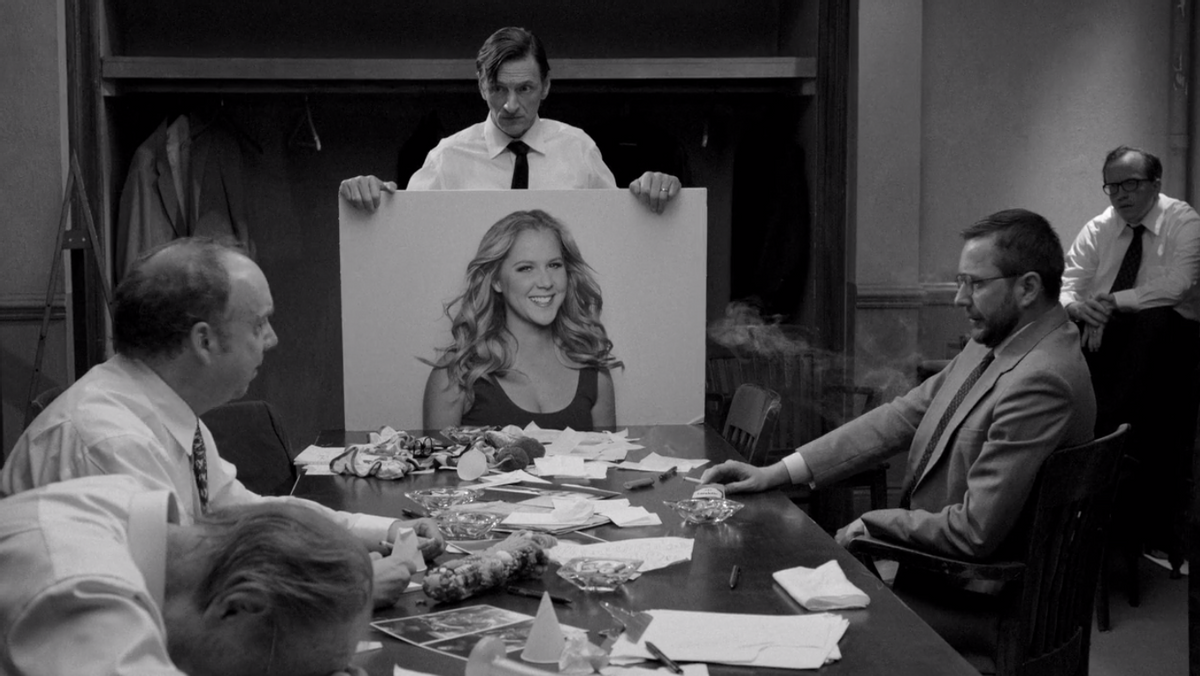 "Inside Amy Schumer" just filed away another cheer-worthy feminist sketch to its arsenal Tuesday night. The sketch, a 30-minute-long b&w parody of "12 Angry Men" confronts industry sexism in a sharp, and deeply funny, way. It features actors Paul Giamatti, John Hawkes, Vincent Kartheiser and Jeff Goldblum who have all gathered around a conference room table to dissect Amy Schumer's physical appearance and come to a consensus on whether she is "hot enough" to be on TV.

“We’ve all at some point in our lives gotten a semi for a girl with a pillowy stomach or Muppet tits,” Hawkes says during he conference. “And that’s all the system demands to acquit Amy. Does she give us a reasonable chub?”

Giamatti mentally docks points for what he describes as Schumer's "potato face" and "cabbage patch-like features" -- before finally losing it: “Her ass makes me furious!”

Finally, we get Dennis Quaid, the ultimate judge of television hotnesss, with the verdict on Schumer: “The jury agreed they would bang you. You’re hot enough for basic television.”

Watch the clip via Comedy Central below: