Leaving your kid in the car is not criminal: Cops, judges and busy-bodies need some common sense now 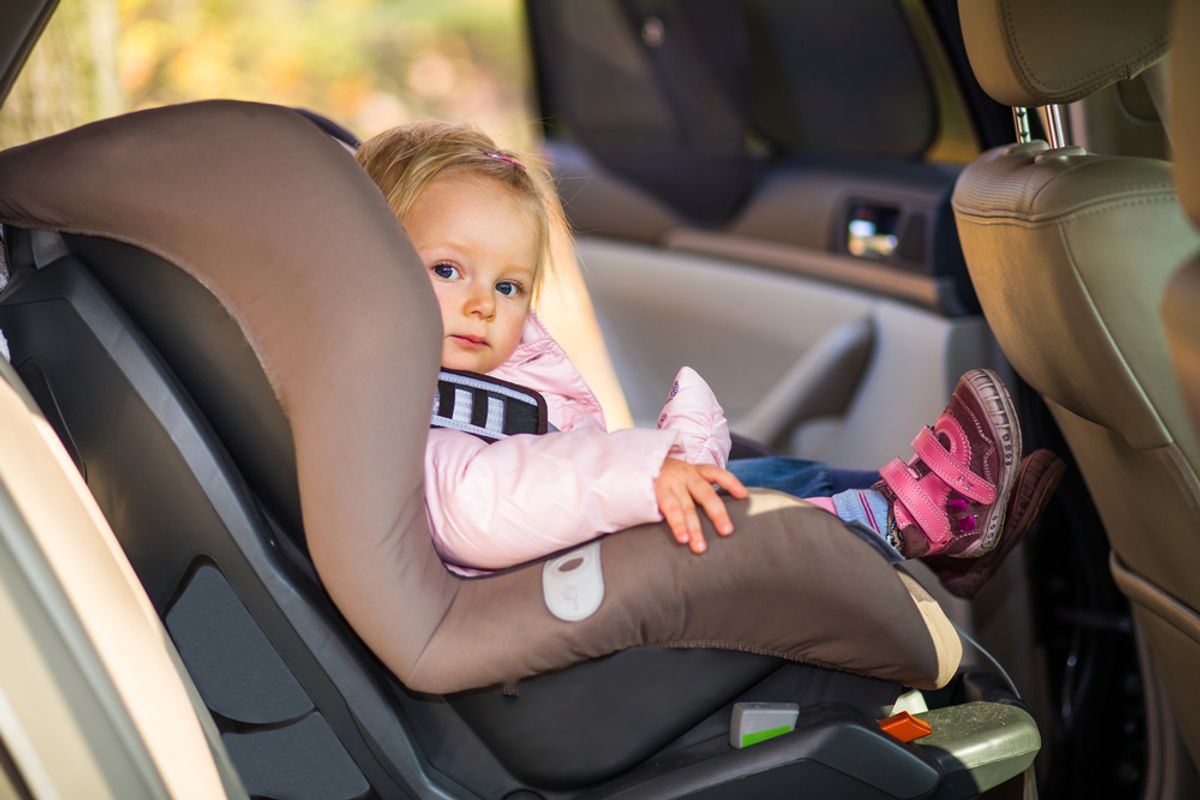 You may remember this case (I wrote about it here): A mom left her son in the car for what everyone agrees was under 10 minutes to run an errand. The toddler slept through the whole “ordeal,” but the mom was found guilty of neglect, even upon appeal, when the three appellate judges ruled that they didn’t have to list the “parade of horribles" that could have happened to the child.

Which is, of course, fantasy as policy again: Just because the judges could imagine a kidnapping, or carjacking, or the Big Bad Wolf, doesn’t mean that these are at all likely. They aren’t. As the Washington Post just wrote: There’s never been a safer time to be a kid in America. What’s more, my own book cites the stat that if for some reason you wanted your kid to be abducted by a stranger, the amount of time you’d have to leave him outside, unattended, for this to be statistically likely to happen is 600,000 years.
Not 10 minutes.

So to accuse parents of negligence for not acting as if a far-fetched, horrific danger is imminent all the time, well, you could arrest me because I have knives in my kitchen. What if my children threw them at each other? What if they used them to behead my cat? (I don’t have a cat, but you could fantasize about that, too, once reality is no longer a barrier to prosecution.)

Here’s how the wonderful legal scholar David Pimentel explains what is up:

The case involved a mother who left her sleeping child in a car for a few minutes while she dashed into the store. It was a cool, overcast day. The car was locked, with the windows cracked, and with the engine running, presumably to keep the car’s climate-control system engaged.  The mother could see the car from the store, and when she saw police cars arrive, she dashed out, only to be arrested for child endangerment.

A thorough investigation showed that in all other respects she was a good mother, and not a threat to the health and safety of any of her four children, so the investigation was closed and all criminal charges dropped. But because the incident was confirmed, she was labeled a child abuser and included on New Jersey’s child abuse central registry.

She challenged the finding that she was a child abuser, and requested a hearing in which she could demonstrate that her child was not, in fact, “unreasonably” exposed to “substantial risk,” posing “imminent danger” to the child’s condition (all factors required by the statute). The court denied her request for a hearing, saying she had no right to defend herself against the charges, because her action was so obviously “grossly negligent.” The court said the imagined dangers spoke for themselves: “We need not describe at any length the parade of horribles that could have attended (this) neglect.” The court relied on earlier cases where a child had actually come to harm, without distinguishing that this case involved merely a perceived risk of harm.

The mother appealed to the New Jersey Supreme Court, with us (I and Lenore Skenazy) filing an amicus brief on behalf of the mother, and the Court granted review. This case was argued just this week in Trenton. We remain hopeful that the Court will uphold the mother’s right to defend herself, and that it will allow the lower court to consider the reasonableness of the mother’s action, the likelihood of harm, the imminence of the danger, before labeling her as a child abuser, stigmatizing her for life and making it virtually impossible to ever to get a job working with children, to adopt a child, etc.

If the N.J. Supreme Court upholds the lower court, child-left-in-car cases in New Jersey will be very straightforward. Even if the investigation shows that no criminal child endangerment occurred (so charges are dropped), absent extenuating circumstances, it will be virtually automatic that the parent will be branded as a “child abuser” for the rest of his or her life. Not only is the parent presumed guilty, the parent is not even entitled to a hearing to prove his or her innocence.

We think that parents are entitled to some discretion in making risk-assessments for their kids. And that even if parents occasionally misjudge a situation (not to say that this mother’s parenting judgment that day was necessarily erroneous, but even if it were), they should be entitled to an opportunity to defend their parenting choices, in a hearing, before being labeled as a child abuser on the state registry.

The reasoning is spelled out in a little more detail in the op-ed I wrote last year after the Court of Appeals rendered its decision.

To label all parents as “negligent” because they let their kids wait in the car during an errand is just like labeling the Meitivs in Maryland “negligent” for letting their kids go outside unsupervised: Nothing bad did happen to those kids as they walked home from the park. Nothing bad was likely to happen to the kids — we are at a 50-year crime low and Silver Spring is hardly a hotbed of nefarious activity. It was recently voted “the most caring” suburb in America.  But because some cops and CPS workers could imagine something terrible happening, the parents are under investigation.

Fantasy cannot be the basis for policy. If it is, any made-up idea can be used as rationale to lock folks up or put them on a list.

Parents  must be allowed to make decisions — even ones that others consider sub-optimal — so long as they are not putting their children in immediate, obvious, and indisputable harm’s way….

Like letting them get anywhere near those delusional New Jersey appellate court judges.