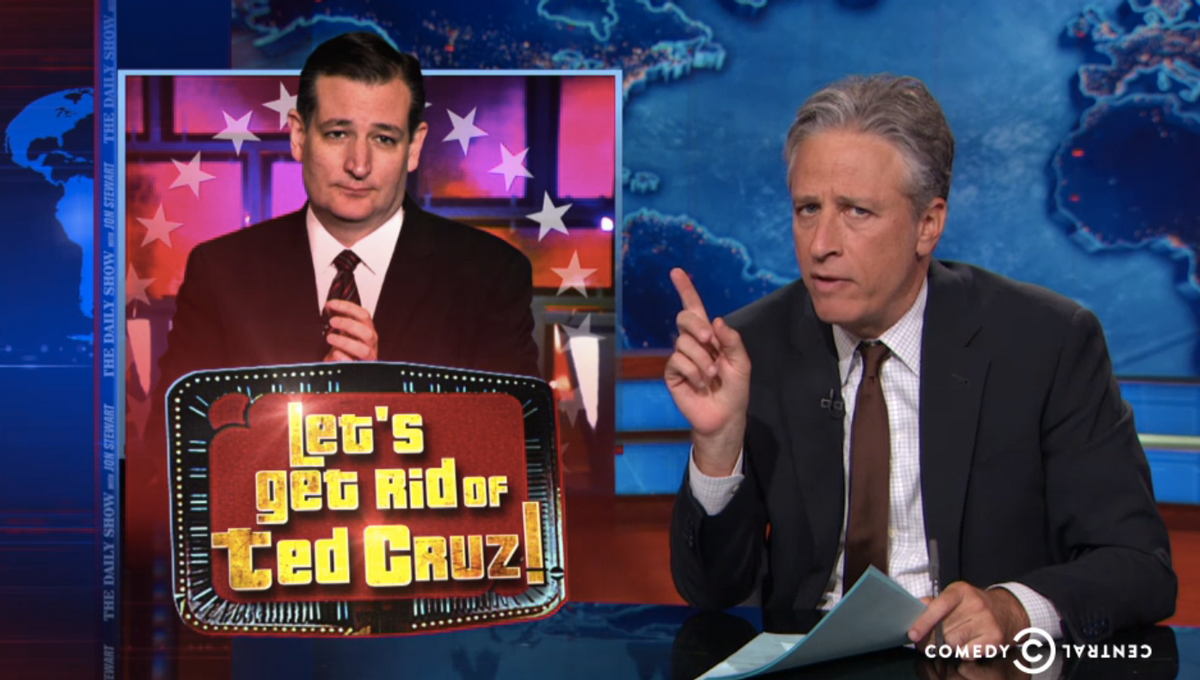 There are so many Republican hopefuls in the 2016 race that Jon Stewart decided that it was time to start narrowing the field on Tuesday's "Daily Show." The easiest remedy, Stewart proposed, was a game of "Let's Get Rid of Ted Cruz." "The Daily Show" dug up several instances of blatant hypocrisy from the Texas Republican to make the case.

Starting in, Stewart played a clip of Cruz hammering President Barack Obama for taking up "Commander in Chief" time with fundraising efforts. Cut to: That time Cruz skipped out on voting on the confirmation of Attorney General Loretta Lynch (whose confirmation he once said he'd be voting "unambiguously no" on). Where was he instead? Fundraising, naturally.

Stewart also found humor in the fact that Cruz once railed against the president for "inflaming" racial tensions and dividing us as a nation. Remember when Cruz accused supporters of marriage equality that they were waging a "jihad"?

“So you want a president who can bring people together who understands that, if you’re pro-marriage equality, you are the same as ISIS. Got it!” Stewart concluded.