Meet the penis worm, the tooth-lined specimen from Hell

Welcome to your new nightmare 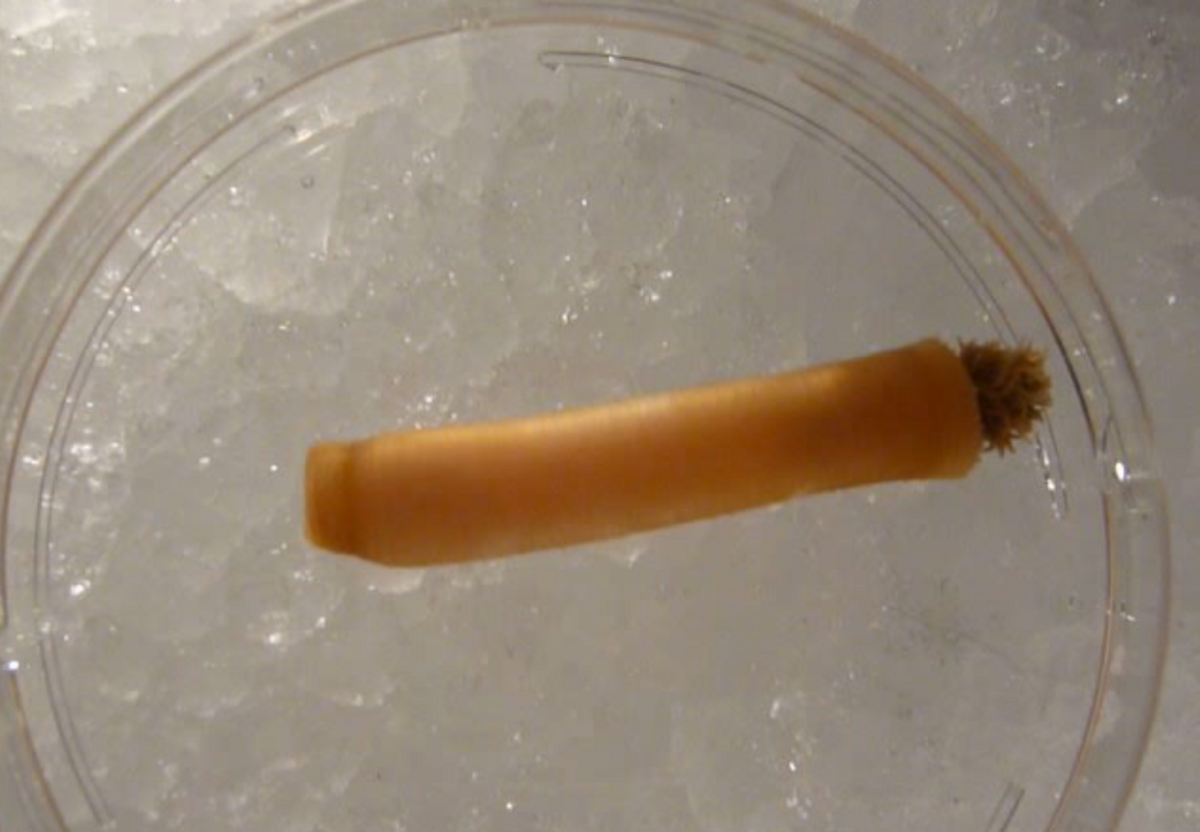 I'm going to provide you with your nightmares for the next several months to lifetimes: a real animal called the penis worm exists. It is a phallic parasite who's predecessors ancestors were able to turn themselves inside out and drag their bodies around using their teeth-lined throats.

Researchers at the University of Cambridge have constructed the teeth of the worms (called priapulids) and written a "dentist's handbook" which they published on Wednesday in the journal "Palaeontology." The handbook will allow researchers around the world to identify fossilized teeth of other penis worm species.

Because penis worms are, well, pretty flaccid, they don't stand up well to the rigors of time. It's hard to find a fossil of a squishy-bodied animal, and during the Cambrian period -- when penis worms like the Ottoia were slithering around the planet -- most living creatures were fairly boneless...

By using high-resolution imaging techniques to classify the Ottoia teeth, [researchers] were also able to distinguish the teeth of several other ancient penis worm species.

"As teeth are the most hardy and resilient parts of animals, they are much more common as fossils than whole soft-bodied specimens," said Martin Smith, a postdoc at Cambridge's Department of Earth Sciences and the study's lead author. "But when these teeth -- which are only about a millimeter long -- are found, they are easily misidentified as algal spores, rather than as parts of animals. Now that we understand the structure of these tiny fossils, we are much better placed to a wide suite of enigmatic fossils."

Watch a video of a modern-day penis worm doing its thing below, courtesy of Nature: