A woman reportedly filed a lawsuit alleging the linebacker & another player assaulted her -- what will the NFL do? 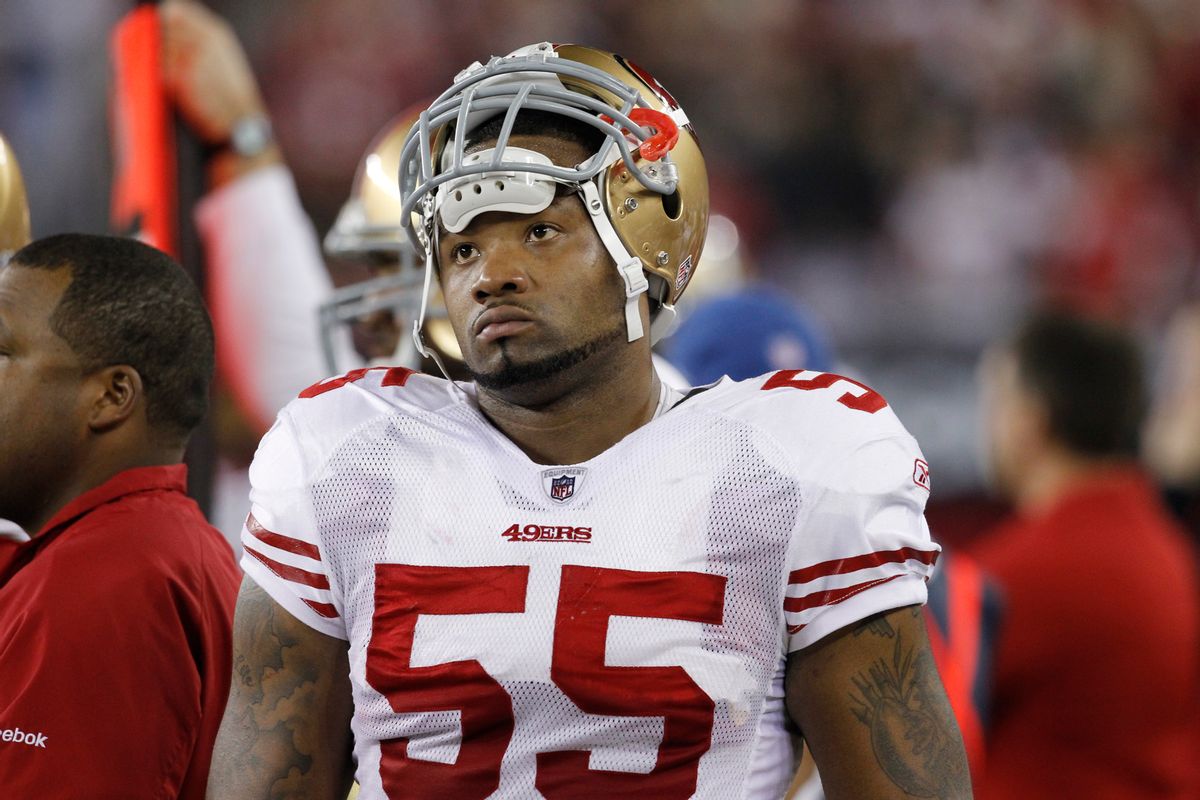 Less than a week after drafting alleged rapist Jameis Winston as the league's number one all-around pick, the NFL is facing new accusations that one of its players sexually assaulted a woman. And so the saga of watching the league address violence against women continues.

San Francisco 49ers linebacker Ahmad Brooks has reportedly been accused of sexually assaulting an unconscious woman at a teammate's home, according to TMZ. In a lawsuit against the linebacker and former 49ers defensive end Ray McDonald, the woman claims Brooks "groped her person in a sexual manner" after she slipped and fell on the patio at McDonald's home, where she says she remained unconscious for approximately eight minutes. The woman previously filed a lawsuit against McDonald for allegedly taking her upstairs later that evening and raping her while she was unconscious.

McDonald was released from the 49ers while being investigated for sexual assault, but avoided criminal charges after a San Jose police investigation found insufficient evidence to pursue the case. He has since joined the Chicago Bears and sued his accuser for defamation, though the woman now claims surveillance footage from the player's home will reveal video evidence of her alleged assault. TMZ reports that she has hired Gloria Allred as an attorney, and plans to sue both McDonald and Brooks for assault and battery, false imprisonment and infliction of emotional distress.

49ers general manager Trent Baalke commented briefly on the allegations, saying the team is "disappointed to learn of this matter and will continue to monitor the situation." While the 49ers have shown a willingness to release players under investigation for domestic violence and sexual assault, the NFL has repeatedly displayed its ineptitude at addressing violence against women. Earlier this year, the league determined that McDonald did not violate its unevenly enforced personal conduct policy before law enforcement officials had concluded their investigation.

All of this raises the same question we've been asking for months: What's the NFL going to do in response to this alleged incident of violence?