For the first time in recorded history, CO2 levels averaged above 400ppm for the entire month of March 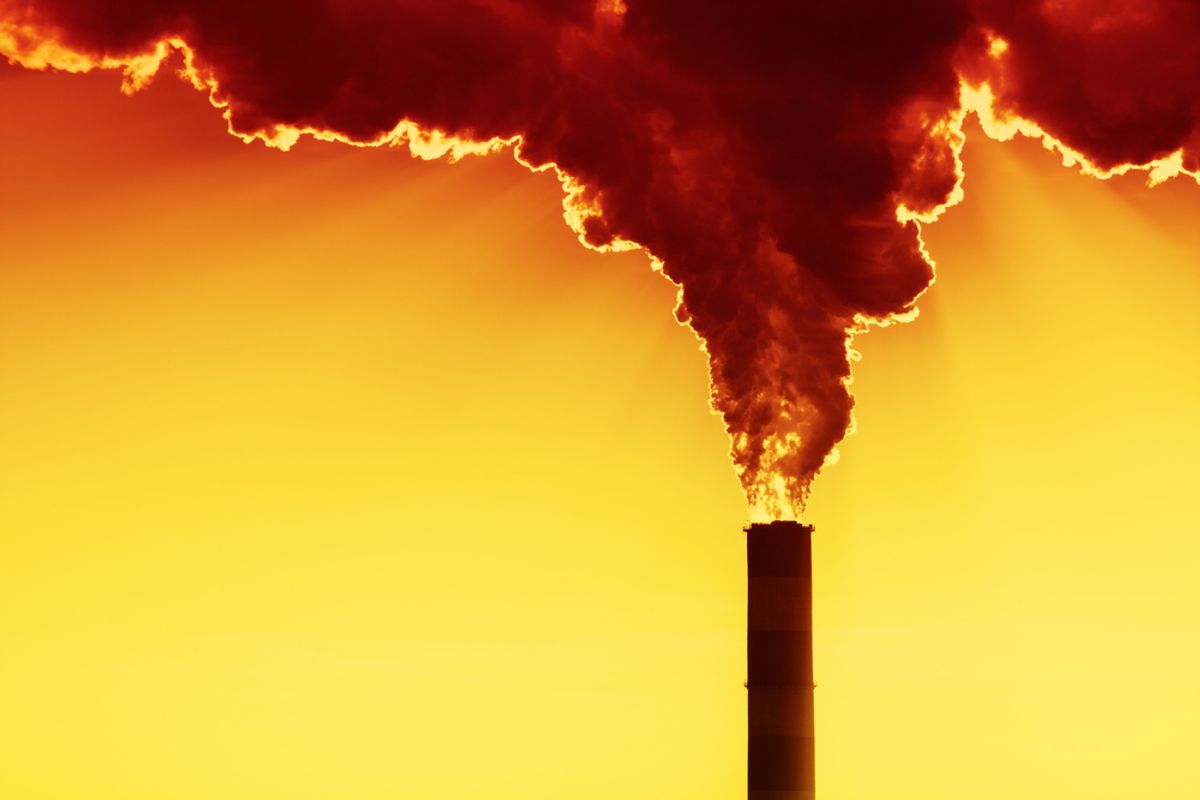 The concentration of carbon dioxide in the atmosphere surpassed 400 parts per million (ppm) this March -- a barrier that, when it was first crossed in May 2013, marked a terrifying milestone.

Those records just keep coming: in 2014, CO2 concentrations surpassed that barrier a full two months earlier than they had the year before -- which is significant because the long-term rise in CO2 is subject to seasonal variability, and doesn't typically peak until May. This year, according to data released Wednesday by NOAA, not only did CO2 peak early (an occurrence that was no longer even newsworthy) -- the average for the entire month of March was above 400pm, for the first time in recorded history.

“This marks the fact that humans burning fossil fuels have caused global carbon dioxide concentrations to rise more than 120 parts per million since pre-industrial times,” Pieter Tans, the lead scientist of NOAA’s Global Greenhouse Gas Reference Network, said in a statement. “Half of that rise has occurred since 1980.” The recent spike in CO2 levels correlates nicely (horrifyingly?) with the rise in global temperatures: CO2 emissions, of course, along with other greenhouse gases, are a key contributor to climate change, and they've been on the rise ever since humanity began burning massive amounts of fossil fuels. For most of human history, atmospheric CO2 levels were around 275 ppm. The last time they were this high predated modern humans, and things did not go well for the planet: the seas were 100 feet higher than their current levels, and the average temperature was 11 degrees Fahrenheit warmer.

If we're going to talk about a "safe" limit to aim for, that's typically understood to be 350 ppm. We're headed in the opposite direction -- and it's going to take drastic changes for us to reverse course.  “Elimination of about 80 percent of fossil fuel emissions would essentially stop the rise in carbon dioxide in the atmosphere," said James Butler, the director of NOAA’s Global Monitoring Division, in a statement. "But concentrations of carbon dioxide would not start decreasing until even further reductions are made, and then it would only do so slowly.”