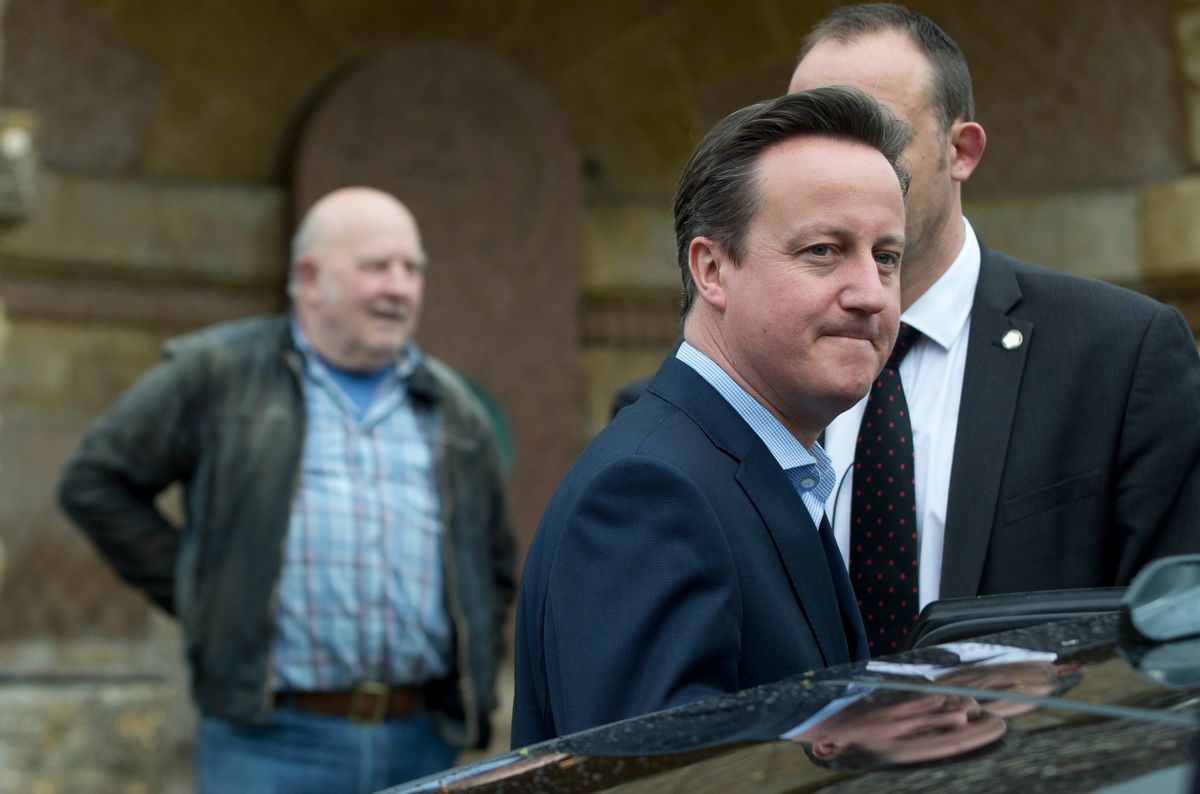 Britain's Prime Minister and Conservative Party leader David Cameron gets in his official car after voting at a polling station in Spelsbury, England, in the general election, Thursday, May 7, 2015. Polls have opened in Britain's national election, a contest that is expected to produce an ambiguous result, a period of frantic political horse-trading and a bout of national soul-searching. (AP Photo/Alastair Grant) (AP)
--

Nationalist hard-liners agreed to be part of Prime Minister Benjamin Netanyahu's coalition, which now appears to be set on a collision course with the U.S. and other key allies.

Foreign Minister Adel al-Jubeir said Riyadh will make a pause in its airstrikes in order to allow aid to get to civilians.

At least 12 people have been injured by twisters that hit Oklahoma and rural parts of Texas, Kansas and Nebraska and damaged homes in the Oklahoma City area.

5. LAWMAKERS TO DETERMINE FATE OF FUTURE DEAL WITH IRAN

Legislation giving Congress a chance to review and possibly reject any final nuclear deal with Tehran is facing a test vote in the Senate.

6. WHAT NEPALESE ARE DOING TO MARK END OF MOURNING

Thousands dressed in white offer prayers, flowers and lit incense at home and in temples as part of a Hindu ritual to remember those killed in the earthquake.

7. HOW CLINTON DIFFERS WITH PRESIDENT

Obama says his executive actions blocking the deportation of millions living illegally in the U.S. go as far as the law allows — but Hillary Rodham Clinton says she would go even further.

A majority of GOP voters can see themselves backing someone who would protect millions of immigrants from deportation, a new AP poll finds.

As our lives increasingly unfold on social media, many mourners find themselves asking friends and relatives not to provide updates at a loved one's funeral.

An NFL investigation found probable cause that the Super Bowl MVP-winning quarterback likely knew that equipment staff had underinflated footballs to his liking.