Perhaps the most unkosher political feud we've seen in years 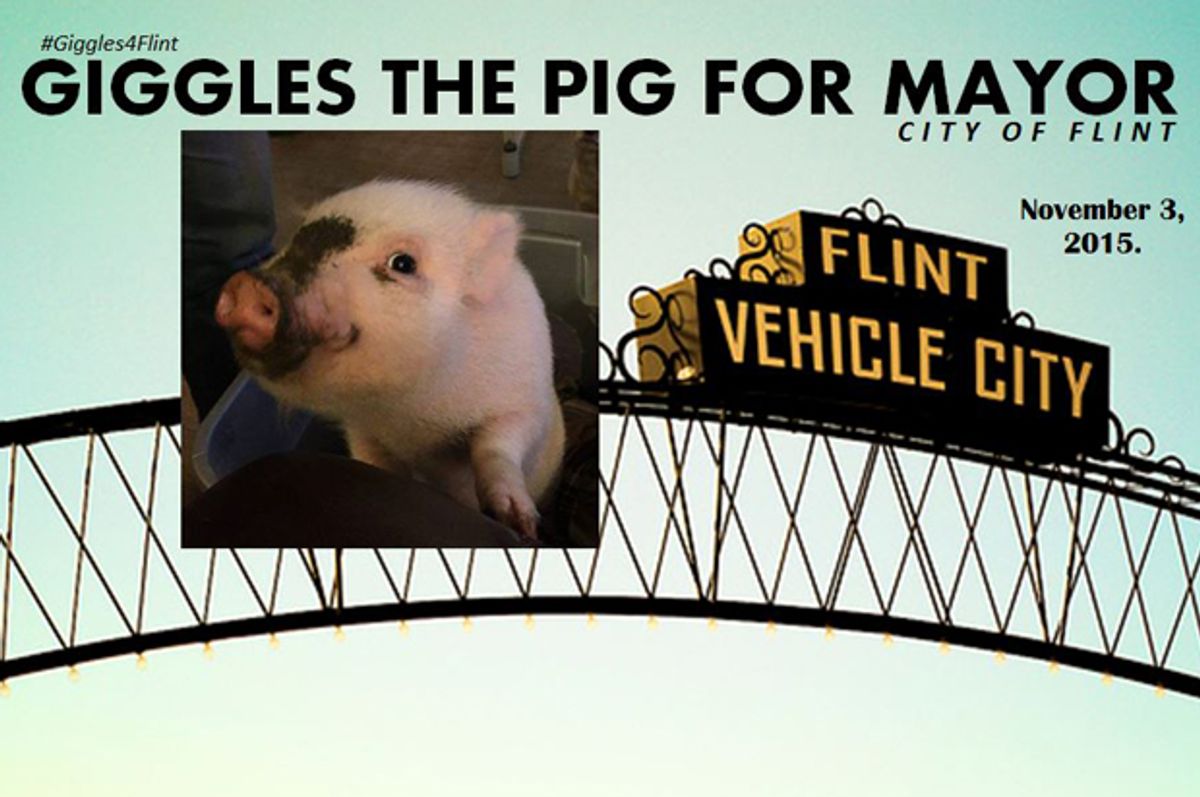 In the city of Flint, Michigan where it's not unusual for convicted murderers to run for city council,  area defense attorney Michael Ewing believes a pig would be a more dignified candidate for mayor. Enter: Giggles, the Detroit-area pig who, thanks to Ewing and his Facebook page, will be running -- or, sauntering? -- in the upcoming mayoral race.

Ewing wrote on Giggles' Facebook page that, while he considers himself a "pretty forgiving person," he just couldn't fathom an ex-convict with such a contentious history with the community holding down a leadership position. "I think electing a mayor who was convicted of murder sends a bad message about our city. Not to mention the embarrassing letters he has written about Flint."

The defense attorney goes on to say that another mayoral candidate in the running was recently convicted of driving his car while drunk on the highway "with three flat tires—while driving the wrong direction on the highway," he adds.

He continues: "So, yes, I am running Giggles the Pig for Mayor of Flint. I hope that you will vote for her as a mayoral candidate who has never murdered a human. She has never placed citizens in harm by driving drunk on the highway, and has never interrupted public business and public meetings. She is a sweet and intelligent animal—which is more than can be said for some candidates."

And somehow, it gets better: Wantwaz Davis, the city councilman and ex-convict running against Giggles, is outraged by this campaign and has publicly threatened to eat the candidate. In a blistering takedown that has since been removed from Giggles' official Facebook page, but captured by UPROXX, he writes: "I will be the next mayor of Flint, Michigan and will feast off of your pig at my victory party, you can get in for free, VIP on me!"

Hmm. Seems a bit ... unkosher? And, is Davis' cocky proclamation even well reasoned? CBS Detroit reports that due to a recent ballot slip-up, all candidates must run as write-ins. Meaning, Giggles could conceivably win.