America's shocking religious ignorance: Pam Geller, Charlie Hebdo, and a country in over its head 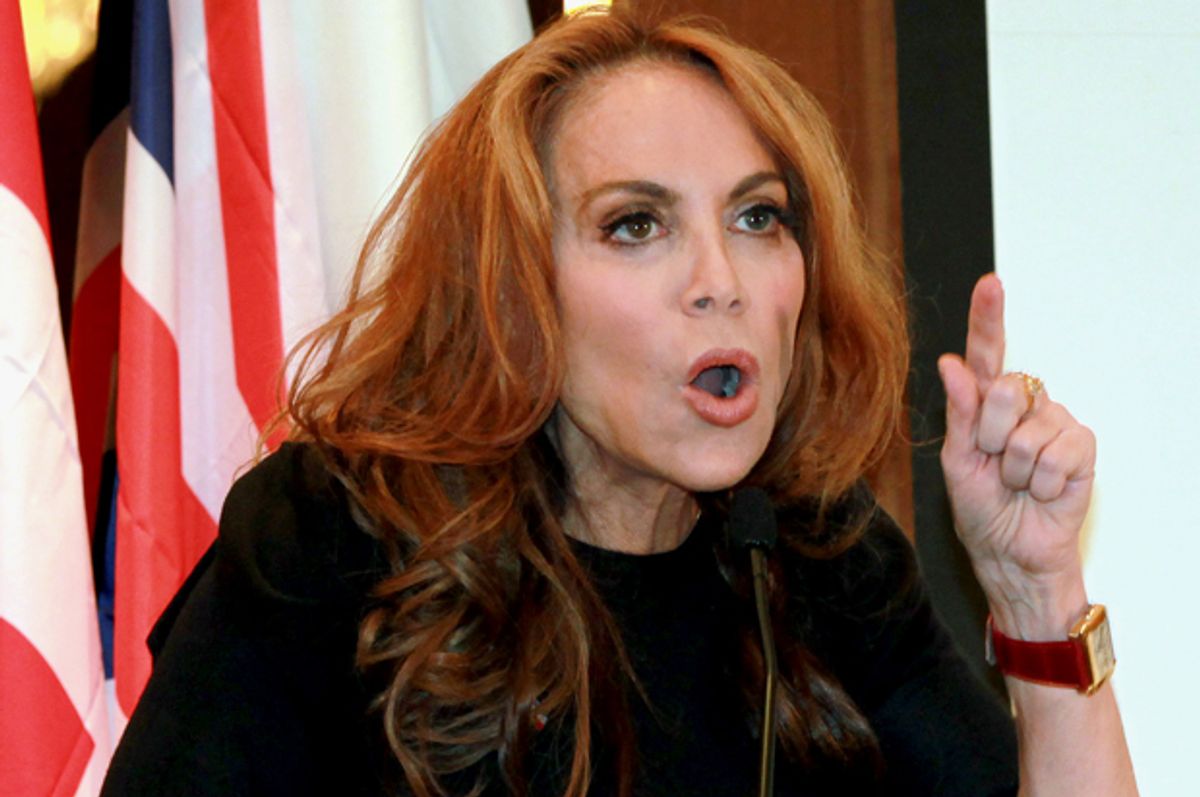 I have an opinion about the American response to the Charlie Hebdo affair many Americans who've followed the ongoing story may not like: that it's time for uninformed, exploitation-addled Americans to immediately exit the discourse.

The shootings outside of anti-Islamic provocateur Pamela Geller's “Draw the Prophet” event, staged in Garland,TX, this past Sunday, illustrate the danger of mindless extremism meeting mindless extremism. Geller, the New York-based head of the American Freedom Defense Initiative and Stop Islamization of America -- groups designated as active anti-Muslim hate groups by the Southern Poverty Law Center -- awarded a $12,500 top prize to an artist named Bosch Fawstin for his drawing of Muhammad.

A better look at Geller's worldview, and those of the people she's speaking to, comes from her website, Atlas Shrugs. The name of the site is an obvious nod to Ayn Randian objectivist philosophies, but it's actually more a document of Geller's own provocations and ideas. The comments section under Geller's post about the "Draw the Prophet" event are a hilarious display of American ignorance: “What good comes from trying to show you are a big man by provoking murderers? I don't go calling black people n***ers regularly either, but it is my right to do so. Should I try and piss off as many people as possible just to show I can?,” questions one man named Bob. Another commenter responded with: “Bob is a leftist. If his head is on the ISIS chopping block, he still wouldn't get it.” And these are some of the tamest comments.

Judging by hundreds of comments on the site, Geller's rhetoric appeals to a fearful, self-righteous, bigoted, uber-Christian segment of the population which relies on Fox News and anti-Obama preachers for information about the outside world. These are the same folks who got angry with then-candidate Obama when he said of them in 2008 that, “They get bitter, they cling to guns or religion or antipathy to people who aren't like them or anti-immigrant sentiment or anti-trade sentiment as a way to explain their frustrations.”

Geller herself isn't a Christian, though: She's just manipulating the situation to her own advantage. And her event was just a way of riffing on the Charlie Hebdo attacks in an exploitative manner. According to news reports, Geller was “whisked away” from the event. But what if the courageous security guard had been unable to stop the two armed men who came to the event? We'd probably be discussing the senseless deaths of numerous Texans today had he not killed the two would be murderers.

Honestly, unlike many Americans, I'm not against any religion, whether it be Christianity, Judaism, Islam or the oft-forgotten Buddhism. I entertain what some atheists have to say, as long as the rhetoric isn't framed by provincial didacticism or disrespect towards religions (All systems should be held to that standard, to be honest.) If the world had more atheists like the unapologetic, anarchic revolutionary Emma Goldman and agnostics like astrophysicist Neil deGrasse Tyson (who personally rejects the term "atheist"), we could probably solve most of the world's problems. What Americans need to understand, though, is the idea of religious plurality, along with racial and ethnic plurality, is part of what makes the country great.

This is a problem secularist France is still grappling with, which became obvious after the Charlie Hebdo attack. American coverage failed miserably, particularly when coverage shifted from the newsroom shooting itself to the subsequent attack on a kosher Parisian supermarket -- an attack waged by Amedy Coulibaly. The story of French national extremist Coulibaly (of Malian descent) and his rogue, stealth French Algerian wife, Hayat Boumeddiene, dominated the airwaves for a few days, but I was much more interested in the serious plight of regular Muslims, many of whom have been attacked viciously before and after the Paris shootings. Many of these people are from Northern and sub-Saharan Africa. Their disenfranchisement and persecution -- addressed in Mathieu Kassovitz's acclaimed film "La Haine" and also during the 2005 French riots -- has been an issue for decades.

Things got so bad when former French President Nicolas Sarkozy was in office that a number of French citizens came out against him in protest. And while current president François Hollande has certainly been an improvement, the intractable problems of xenophobia and anti-Islamic (as well as anti-Semitic) attitudes prevail in France to this day.

American mainstream media really dropped the ball with its coverage of the Paris attacks, particularly by not referencing how 1960s-era French intellectuals viewed the Middle East: Jean Genet and Gilles Deleuze supported the Palestinians while Jean Paul Sartre and Michel Foucault supported Israel. American expatriate William Klein addressed the problem of Americans meddling in French affairs with his forward thinking, ostentatiously satirical film "Mr. Freedom" back in 1969. Does the average American understand all of this? It's doubtful. If the average American has trouble wrapping his or her head around what just happened in Baltimore then obviously understanding the climate of France and the Charlie Hebdo situation would be more difficult. I disagree with Salman Rushdie and Art Spiegelman over their endorsement of the PEN award, but at least in the case of Spiegelman I can understand his idea that freedom of speech equates to the right to be an absolute idiot.

I take time to understand people who aren't like me -- that's how I was raised here in Texas. During my 20s I had a half Turkish friend named Ajda and an Algerian friend named Nadia. When I lived in New York City, one of my favorite taxicab drivers was a kind Moroccan man who played the music of Nass El Ghiwane. He was surprised I could speak some Arabic and already knew their music, especially because, as he said, so many Americans he encountered did not. When the Paris attacks occurred, I worried about my ex-husband's sister Amy (who lives in Paris) and also a friend named Vanessa who would send French yé-yé mixes full of Françoise Hardy, France Gall and Serge Gainsbourg songs. I enjoy learning about people from other cultures -- all people should. And in the end, we can also figure out a way to honor and uphold freedom of speech while dialing back on the inflammatory rhetoric and disrespect.