"Don't make the same mistake she made" 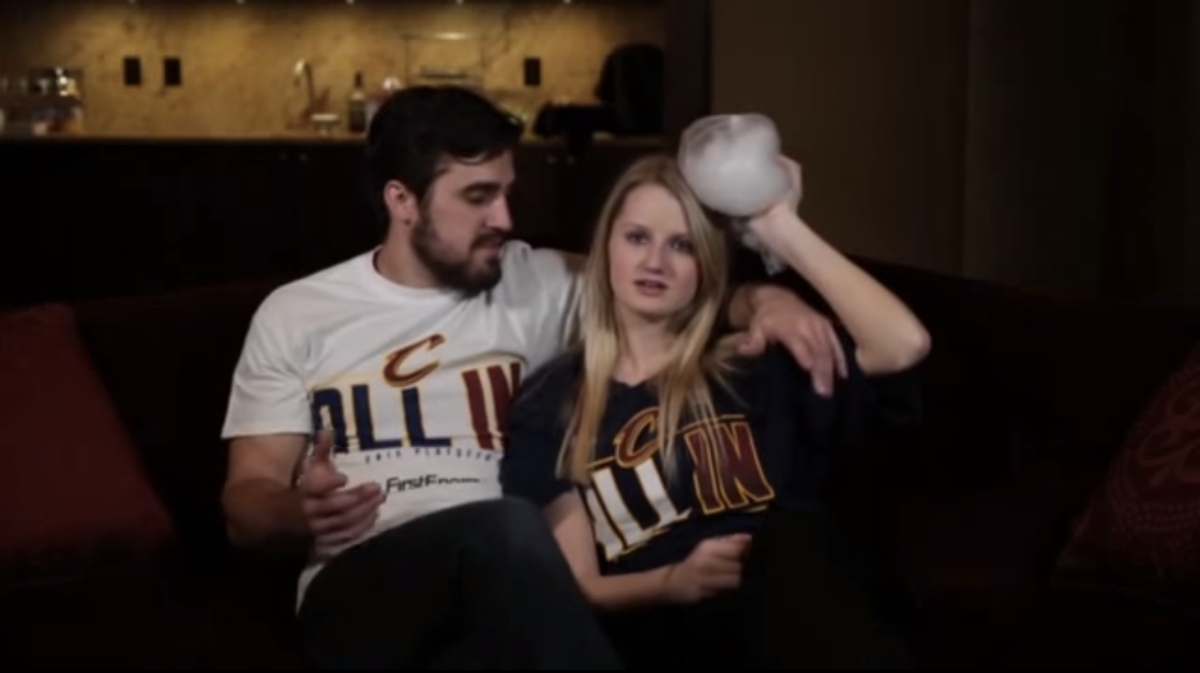 On Wednesday evening, during game two of the Eastern Conference semi-finals between the Cleveland Cavaliers and the Chicago Bulls, Bleacher Report NBA writer Ethan J. Skolnick tweeted about an extremely disturbing Cavs spot that had aired on the jumbotron in Cleveland's Quicken Loans Arena during the game.

The spot has since been deleted from Vimeo (but was captured by basketball writer Steve McPherson below). It features a man wearing a Cavs "All In" t-shirt and a woman in an apron dancing in their kitchen to "Time of My Life" -- terribly. Like, even before the grotesque button of the sketch was revealed, it was still doomed by the couple's oddly muted cha cha.

As the song builds to a climax, the woman rips off her apron to reveal she is wearing a Chicago Bulls shirt and runs to the man to be lifted in a "Dirty Dancing"-esque swan pose. The guy is pissed that she is a Bulls fan and throws her across the room. The sketch ends with the woman icing her head and saying that she now knows better than to root for the Bulls. She is now "all in" for the Cavs.

"Don't make the same mistake she made," warns the voice over.

Reportedly, it was a parody of this ad:

Regardless, the spot, coupled with the recent hire of sexual harasser Isiah Thomas to run the W.N.B.A.'s Liberty franchise as president, indicates that the NBA is completely unaware and unable to address the epidemic of violence towards women plaguing professional sports.