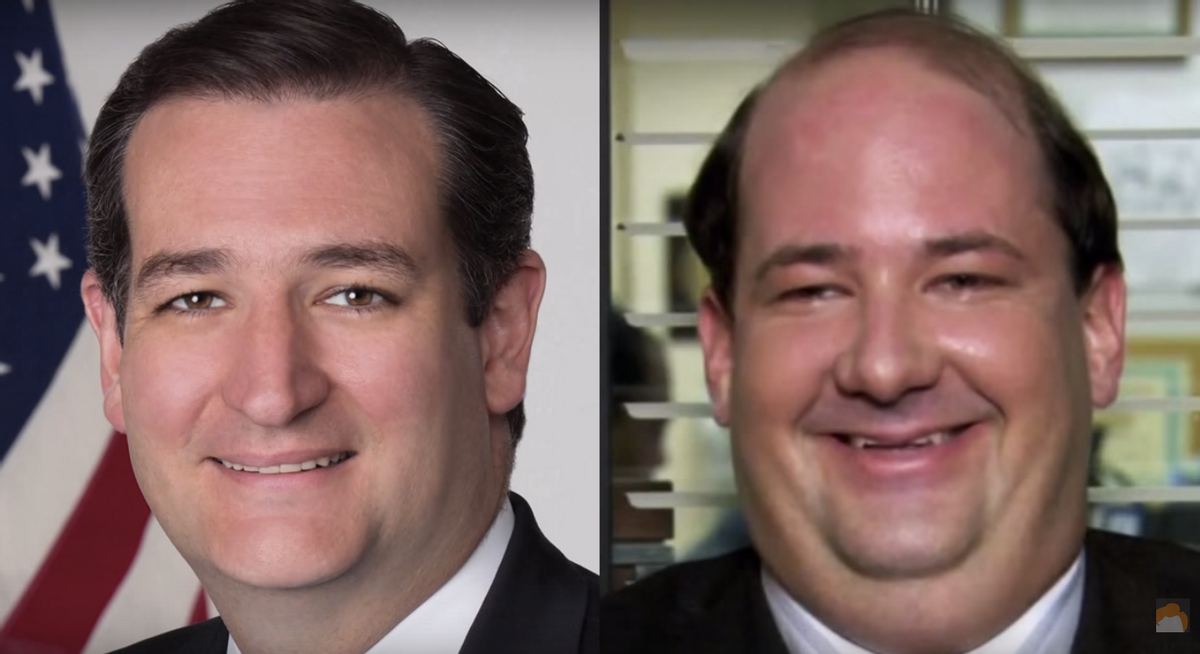 There are a lot of big personalities competing in the 2016 races. You might even say it's a made-for-TV movie in the making. Or, if you're Conan O’Brien, you might have already started casting for it yesterday.

O'Brien went down the list of candidates on Wendnesday night's show, carefully pairing each with a doppelgänger to take on the part. Brian Baumgartner, who plays Kevin from The Office, seems to be a lock for the role of Ted Cruz at this point. Have a look at some of the others, and watch the full clip, below: