When asked if he noticed the crowd following him, Trump said, "I don't notice them too much" 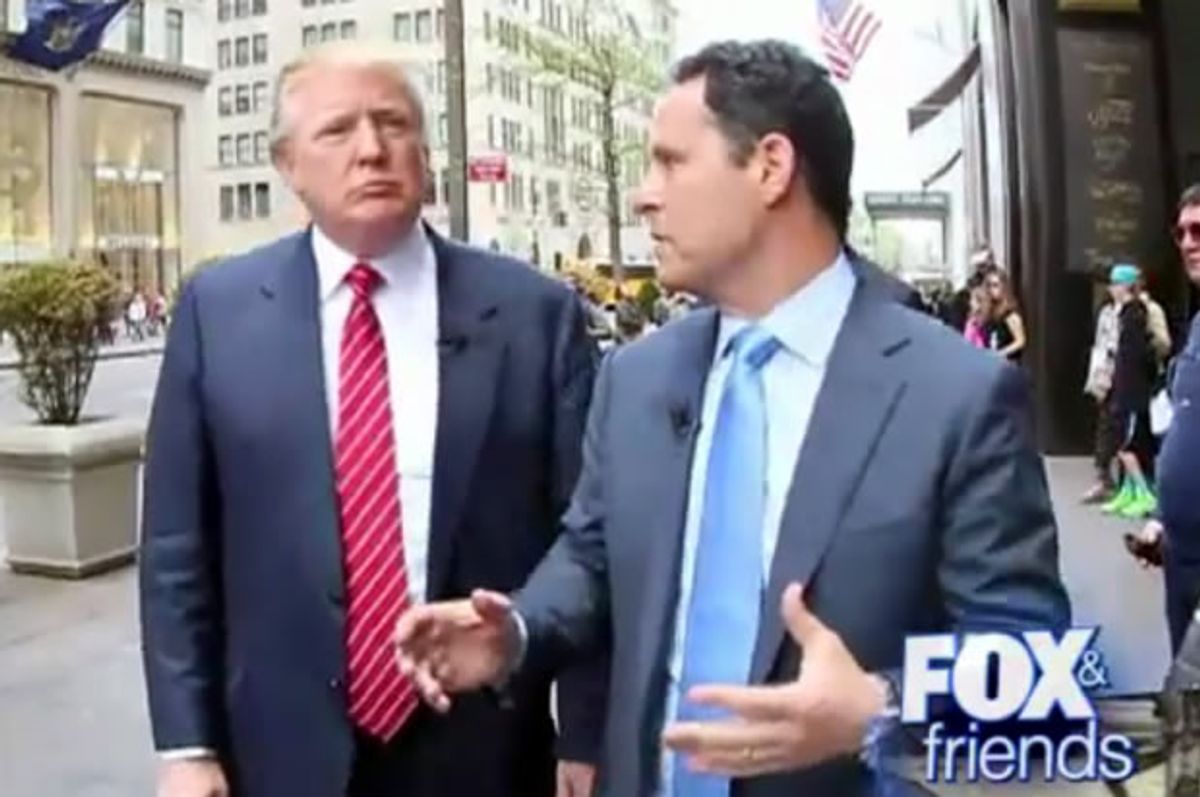 On "Fox & Friends" this morning, co-host Brian Kilmeade took a "stroll" with Donald Trump to discuss his potential presidential candidacy, the basis of which is apparently his ability to relate to members of the middle class.

As they exited gold-kissed doors of Trump Tower, Kilmeade was wowed by the crowd Trump drew, but immediately began to feel sorry for the real estate tycoon. "It must be hard for you," he said, "if this is what it's like when you go out."

"It's hard, it's hard," Trump replied. "In the old days, I'd look at real estate, but today I can't do that. I just sit in the car." The pair awkwardly transitioned to the subject of Trump's "natural relationship with the blue collar worker," which Trump believed was evidenced by the celebrity treatment he received upon exiting one of the buildings with his name emblazoned on it.

"The people that like me the best are the middle class and poor people," Trump said, because the wealthy are jealous of him for being even wealthier than they are.

Kilmeade noted that when he travels to Iowa or New Hampshire -- two random states of no political import -- Trump is "meeting farmers for the first time, people with lives you don't have direct experience with. What's that interaction like?"

Trump replied that he's a celebrity to these common people. "I get the biggest crowds, I get the biggest standing ovations of anybody," he said, "because I talk about how our country is going down and how to bring it back."

"Nobody else knows how to bring it back," Trump said, and in this case he was speaking from experience, as the real estate mogul has weathered four corporate bankruptcies since 1991.

Trump began to explain why he would make an excellent president, but Kilmeade was again distracted by the hoards of people following them. "Do you even notice this anymore?" he asked.

"I don't notice them too much," Trump replied, before waving to the crowd and offering a few perfunctory greetings. Kilmeade was impressed that there weren't any people yelling, "I hate you, Trump!" and Trump explained why -- "They love Trump!" he said.

"Do you like Donald Trump?" Kilmeade asked a man driving a lumber truck. "I know you!" he said, pointing at Trump, before driving off.