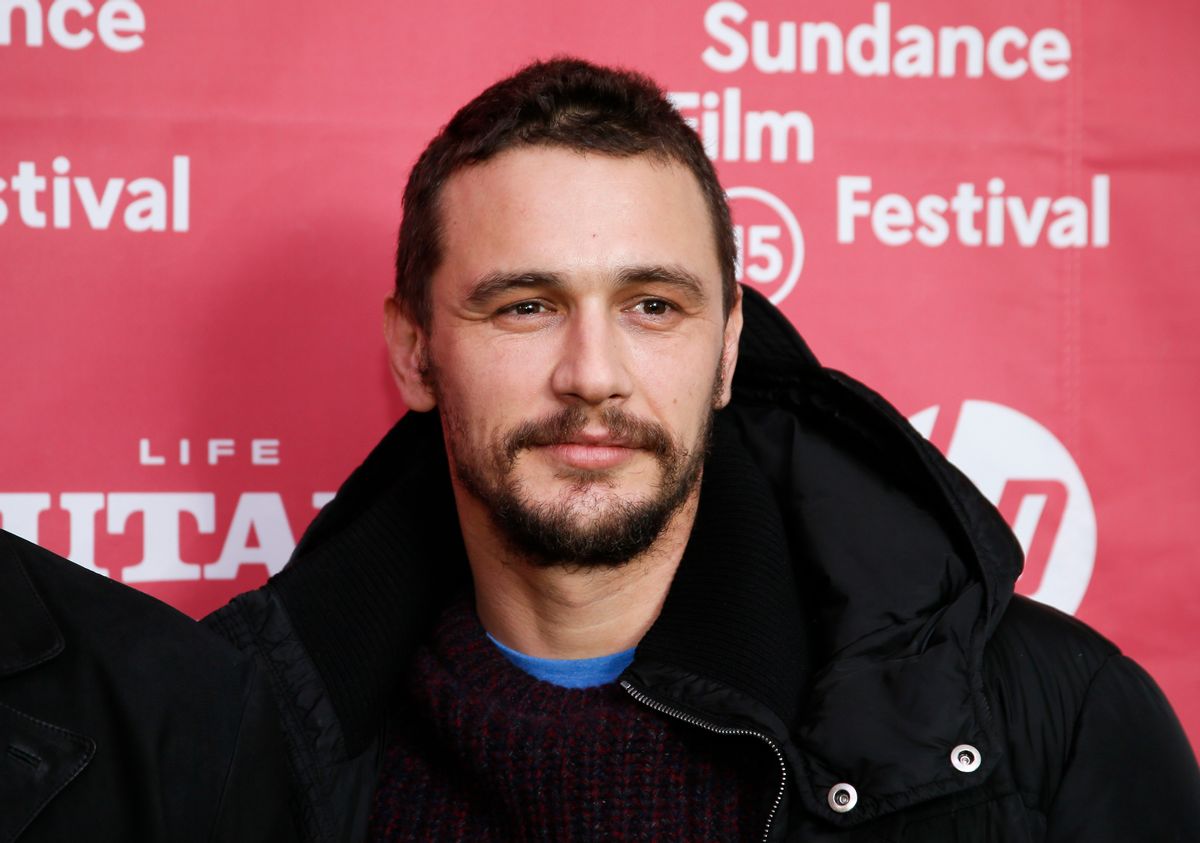 Sweet James Franco is trying so hard to live an interesting life. He's gotten a bunch of MFAs just because he can. He was stoned during the Oscars. And now, kind of unbelievably, he has written an op-ed in defense of McDonald's.

I was given the late shift drive-thru position. I wore a purple visor and purple polo shirt and took orders over a headset. I refrained from reading on the job, but soon started putting on fake accents with the customers to practice for my scenes in acting class.

He describes the romance of being a struggling actor at the fast food chain -- the dates he got because of his convincing Brooklynese, the charm of an impoverished mother-son duo who were regulars at his location, the joy of eating straight from the fry hopper. ("I hate to whistleblow, but everyone ate straight from the fry hopper. You'd walk by and snag a fry and pop it in your mouth. So easy. I also put tons of salt on the fries because that's how I like them. I don't know if the customers ever complained.")

Franco doesn't discuss McDonald's history of brutal working conditions -- of 25-hour shifts, of wage theft and negligent employee injury policies. He didn't discuss McLibel, or the corporation's history of hiding ingredients, or how most employees of the chain will never be offered a lucrative Pizza Hut Super Bowl commercial which might allow them to leave the job for good.

Instead, he shoves all his criticism of the massive corporation into his kicker that reads like the concluding paragraph of a Common App essay:

I was treated fairly well at McDonald's. If anything, they cut me slack. And, just like their food, the job was more available there than anywhere else. When I was hungry for work, they fed the need. I still love the simplicity of the McDonald's hamburger and its salty fries. After reading "Fast Food Nation," it's hard for me to trust the grade of the meat. But maybe once a year, while on a road trip or out in the middle of nowhere for a movie, I'll stop by a McDonald's and get a simple cheeseburger: light, and airy, and satisfying.

I will temporarily excuse the use of the word "simple" to describe a cheeseburger (for reasons unknown that probably have to do with reading Haruki Murakami's 1Q84 super quickly it is the adjective I despise most).

I generally like James Franco. He is funny, he's a good actor, he wants to live an interesting life. But he is so, so dumb. Like, really dumb. Franco's essay shows an utter lack of comprehension of any issues outside of the Palo Alto-Los Angeles tunnel in which he grew up.  It is, like much of Franco's previous non-acting work, light, and airy, and privileged bullshit.