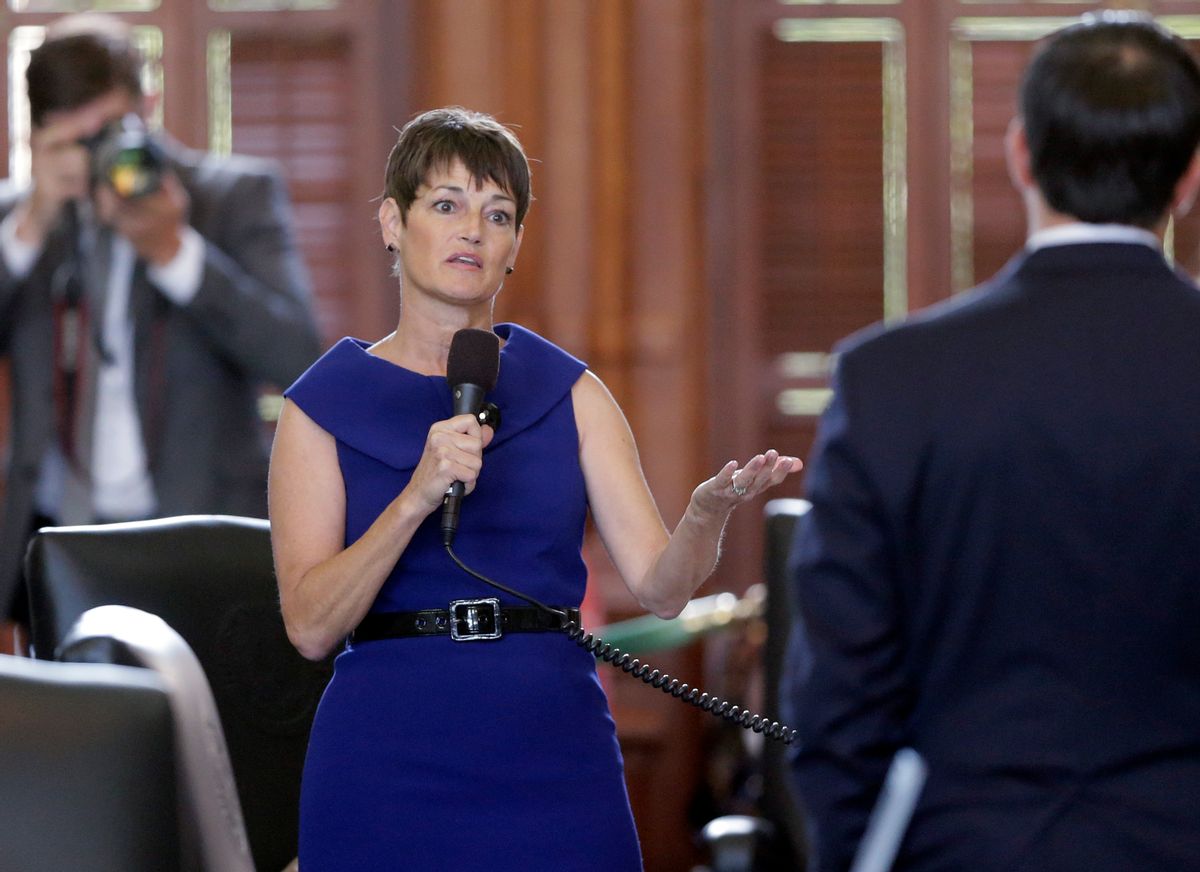 Texas Republican State Sen. Donna Campbell fought an amendment on Wednesday that would allow exceptions for rape and incest victims from a measure that otherwise prohibits all insurance coverage for abortion. Instead, the GOP lawmaker countered the proposal with her own, which would require victims to report their assaults to police in order to receive exemptions, because otherwise the state might be "enabling" perpetrators.

"I'm concerned that we may be unintentionally providing cover for perpetrators of crimes," Campbell said. She was then challenged by Democrat Kirk Watson, who pressed her to consider the real-life implications of the law and her amendment.

"Would you agree with me that there are instances where a woman could be raped, and because she fears for her life otherwise, would not want to report that to law enforcement officials?" Watson asked. "Can you conceive of that situation?"

Campbell agreed, but continued by identifying the measure as as strictly "an insurance bill." "Instead of encouraging that hypothetical situation from moving into protection for her by law enforcement, we’re saying, let’s cover that violation with an insurance payment," she said. "When she gets the abortion...are we empowering the perpetrator, because now out of a coercion...she gets an abortion, and it's paid for by an insurance company -- and then it may happen to her again?"

So, essentially: Women who become pregnant as a result of rape or incest should be forced to report their assaults to the police, regardless of perceived threats to their safety, in order to use the insurance for which they already pay to have an abortion -- because insurance companies "like to have specific codes" for what they cover.

Watson had a different suggestion for how to help women who face horrific circumstances and seek coverage. "I think that what we ought to do is trust women who might find themselves in this situation to make the decisions that are in their best interest," he said.

"What you will be doing," Watson added, "is you will be creating a situation where women who are already victims will be further victimized."

Campbell, who does not seem to understand that mandatory reporting doesn't work, didn't let up. "I feel we are helping to stop a perpetrator by reporting the assault or the incest," she said. "I believe if we broaden this amendment, we lose the opportunity to help protect and defend the woman who is the victim here."

Watch Campbell and Watson's exchange, via Raw Story, below: