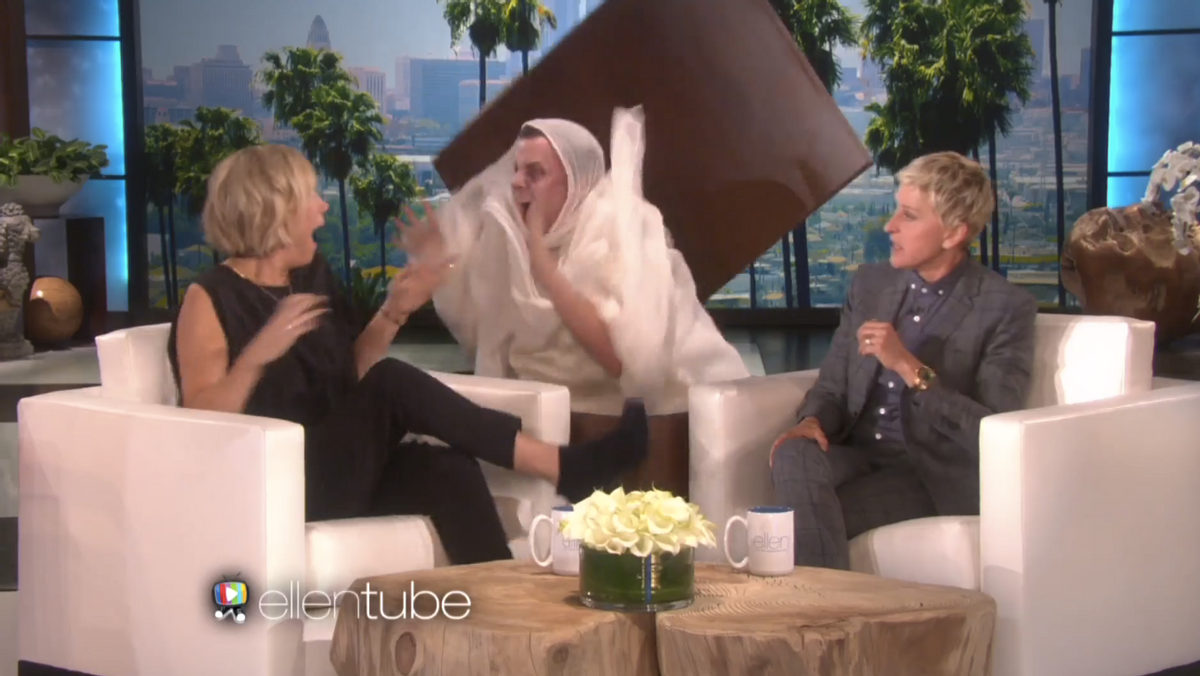 Kristen Wiig will be starring in Paul Feig's all-female "Ghostbusters" reboot alongside Melissa McCarthy, Kate McKinnon and Leslie Jones in 2016. Until then, though, she'll have to fend off some terrifying ghosts planted by Chief Rascal of Daytime Television Ellen DeGeneres.

Ellen brought the "Welcome to Me" star to the show Thursday and scared the living daylights out of her when she was least expecting it. While asking Wiig if she believed in ghosts, a man dressed as a ghost sprung out from the box next to her, causing Wiig to fly out of her seat with a shriek.

If this interaction with a fictional ghost is a precursor for what we can expect in 2016's "Ghostbusters," Wiig won't be busting any ghosts with force -- but rather, with her quick wit.