For decades, I suffered her psychological abuse. Even now there are times I long for a normal, loving mother 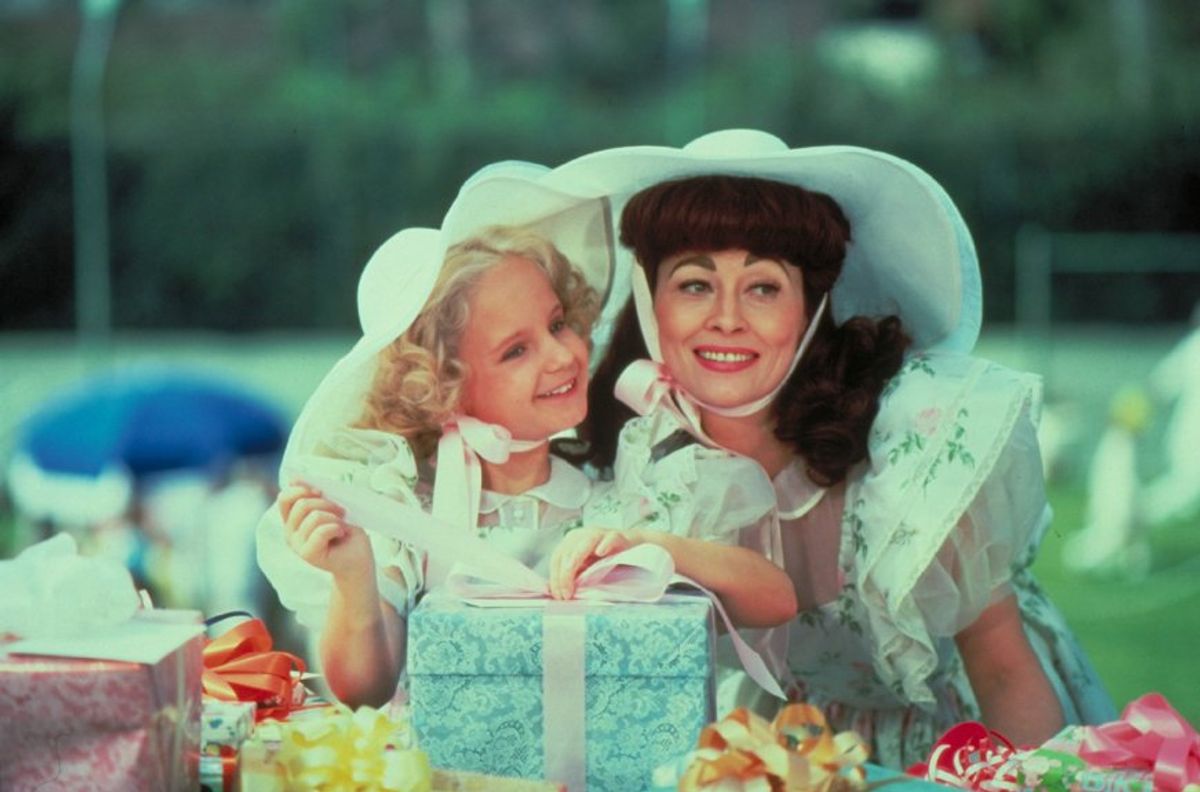 My mother and I were sitting in a delicatessen eating corned beef sandwiches when she told me that I never should have been born.

I was in my early 20s at the time and my new therapist suggested that I attempt to have a conversation with my mother about some of the events that happened in my childhood. My plan was to start with the subject of my father, whom she had always told me refused to pay child support, leaving us with not enough food to eat. (That turned out not to be true.)

My mother had never been one for self-reflection, but I set up a meeting with her anyway, even as I could anticipate the regret that would come later. As the waiter came by to ask if we needed anything else, the din of glasses and silverware clinking, she admitted to me that she used to jump off curbs during her pregnancy, in hopes of causing a miscarriage. She shared this information with the casualness and ease of delivering a weather report—I cringed, slinking in my seat, praying that no one could hear her. But I’d always sensed, at the core of our relationship, was this crucial fact: She never wanted me.

More from DAME: "Losing My Husband Taught Me How to Lean In"

Under the shroud of undiagnosed mental illness and a proliferating case of narcissism, my mother wasn’t so much the person who raised me as much as she was a figure whose lies, manipulations, abuse, and neglect I had to overcome and survive. In her household, my existence was a mere extension of her reflection in her cloudy mirror. In my mind, I was there to please and serve her.

It is extremely lonely, feeling unloved by a parent, especially your mother, and for most of my life, I kept this a secret from nearly everyone in my life. Of course my sister knew—she was my partner in crime. And my best friend was well aware—in high school, I’d spend so many nights at her place when my mother had locked me out of our home while she was having an affair with the married father of one of my classmates’. She’d banish me from the house—and I was not allowed to come home until his silver Cadillac was gone from our block. While my friends were complaining about curfews, I longed for one—I was barely allowed in my own house. I longed for someone to be concerned, or even angry, that I’d disappear.

I’ve only learned recently that I am not alone in this. Susan Forward, Ph.D., author of Mothers Who Can’t Love, A Healing Guide for Daughters, says: “There’s a shame around [being unloved by your mother], like there’s something wrong with you. If I wasn’t loved maybe I wasn’t lovable. If a mother is unloving, it’s taboo because in society, Mother is this giving, loving embracing person in fantasy. It’s such a terrible loss and deprivation.”

Tara, a 45-year-old project manager, became estranged from her mother when she was 14. Her mother asked her to leave the house because Tara didn’t get along with her stepfather. Tara’s been married twice, once to an abusive man, and is the mother to four children because, as she explained to me, as an only child, she wanted to distinguish herself from her own mother.

“My mother didn’t know how to show love, hug, or speak the words ‘I love you,’” she says. “I feel sad when I hear others talk about their relationships with their mothers. I always longed for the mother-daughter relationship I’ve seen with others.” Tara says she believes society can’t seem to grasp the idea of a mother not being loving. “It’s not what we’re taught,” she says. “Mothers are supposed to be born nurturers with the desire to have and raise children. If they don’t have the need or desire they’re considered odd.”

“The reality is that the daughters with truly toxic mothers share the same patterns that are pretty much the same when it comes to withholding of love or ignoring the daughter completely or constant hypercriticality,” says Peg Streep, author of Mean Mothers. “It doesn’t matter what the daughter offers up in pleasing her mother for appeasement. It’s not good enough. And then there are no boundaries and the older the daughter gets the worse it gets.”

The mother myth that proclaims that mothering is indeed instinctual and that all mothers love unconditionally creates some of the shame so many unmothered daughters feel. As Streep puts it, “If you’re a mother, how can you admit that you brought a person into the world and you actually don’t much like her? How shameful is that? There’s the double burden---the mother myth makes the daughters keep their mouths shut.”

“I remember getting lost in the shopping center and crying hysterically,” says Susan, a woman who identifies with having an unloving mother. “My mother grabbed me from behind, laughing, and called me stupid. She regularly called me stupid or an idiot. She looked down on everything I did, always finding fault or saying what I had was never as good as what she had. She taught me to be a closed book on every level.”

Considering that one of the Ten Commandments is to Honor Thy Mother, it’s understandable to hear Streep talk about how daughters feel stifled because of how society feels about Mother Love. We’re just not supposed to speak of our parents in a negative way. “If anything, the onus on a mother to admit having negative feelings in public or to anyone such as ‘Gee I’m really jealous of my daughter’s achievements’ or ‘I wish I were living my daughter’s life, she’s had it so much easier than I.” To whom could you say that? You couldn’t. People would look at you and say ‘What’s wrong with her?’”

The reality is that both parties are socially muzzled. That’s why what ends up happening usually is either the daughter will end up going “no contact” and divorcing her mother or end up in a very painful, endless loop where she continues to see her mother, flailing to set boundaries, trying somehow to make it better, trying not to rise to the bait, going to therapy, zipping her mouth—doing all of the above. And it’s a huge struggle.

I’ve found relief in talking to other women with toxic mothers. I was in my late 20s when I had my first truth fest with a new friend who survived a mean, narcissistic mom. We bonded over our respective nightmares. I remember feeling such relief that I was not the only one who had such overwhelming feelings of dread around my mother.

“When people find my Facebook page, the first thing they always say is ‘I can’t believe I’m not alone,” says Streep, who along with her book Mean Mothers, has written many articles on the topic. When women ask her what they should do to start the healing process she advises finding a therapist. “You never become the person who grew up with loving and attentive, caring parents but the donut hole in you gets smaller and it’s in perspective,” adding that therapy is a not a magic wand.

“You have scars,” says Streep. “But in the ancient world and elsewhere, scars were a symbol of where you’d been so I consider them badges of honor from a fight well fought—but it’s not scar-free.”

More from DAME: "Are We Letting Miscrosoft Guesstimate Our Age?"

It’s hard to say which wounds leave the deepest lesions. “My mother was so toxic that I often compared her to what an IV drip of arsenic must feel like. Slow torture,” says one woman I interviewed who spoke on condition of anonymity. “Every time I saw her I hoped things would be different but I inevitably left feeling like she had once again ripped the Band-Aid off of an open wound.”

For many years, I suffered from an anxiety so crippling that I had trouble doing even the most mundane tasks: paying bills, paying parking tickets, filing my taxes. At a certain point, I realized that there was no one but me who was going to put my life together. So I sought out a therapist, who brought the focus and energy to me, after years of my devoting myself to protecting my mother. For so long, I lied for her, allowed her to bulldoze over my boundaries—and keep the truth of our relationship in the shadows. When I was ready to dive deep enough, with eyes wide open, I clamored my way toward accepting who we were to each other. Letting go of the denial and the compulsion to make things appear okay, I found the freedom to, not embrace our relationship, exactly, but the reality of it. And in doing so, I started to make myself whole, and feel like I was able to advocate for myself, speak up, build my confidence—to actually be myself.

There are times, even now, that I long for a normal, loving mother. Although I’ve found a way to hold my own and not drown in the unruly presence of her, I still long for the things most of us take for granted from their mothers: the nurturing and protection, the devotion, guidance, and acceptance. I’ve had to find these things for myself, within myself, which has made me self-reliant and strong. And that’s something to be proud of. But it’s not the same. That longing never goes away—the deep, bone chilling longing  to fully belong.