"Do you think I'm afraid to sit in front of a camera and read news articles like I'm doing right now?" 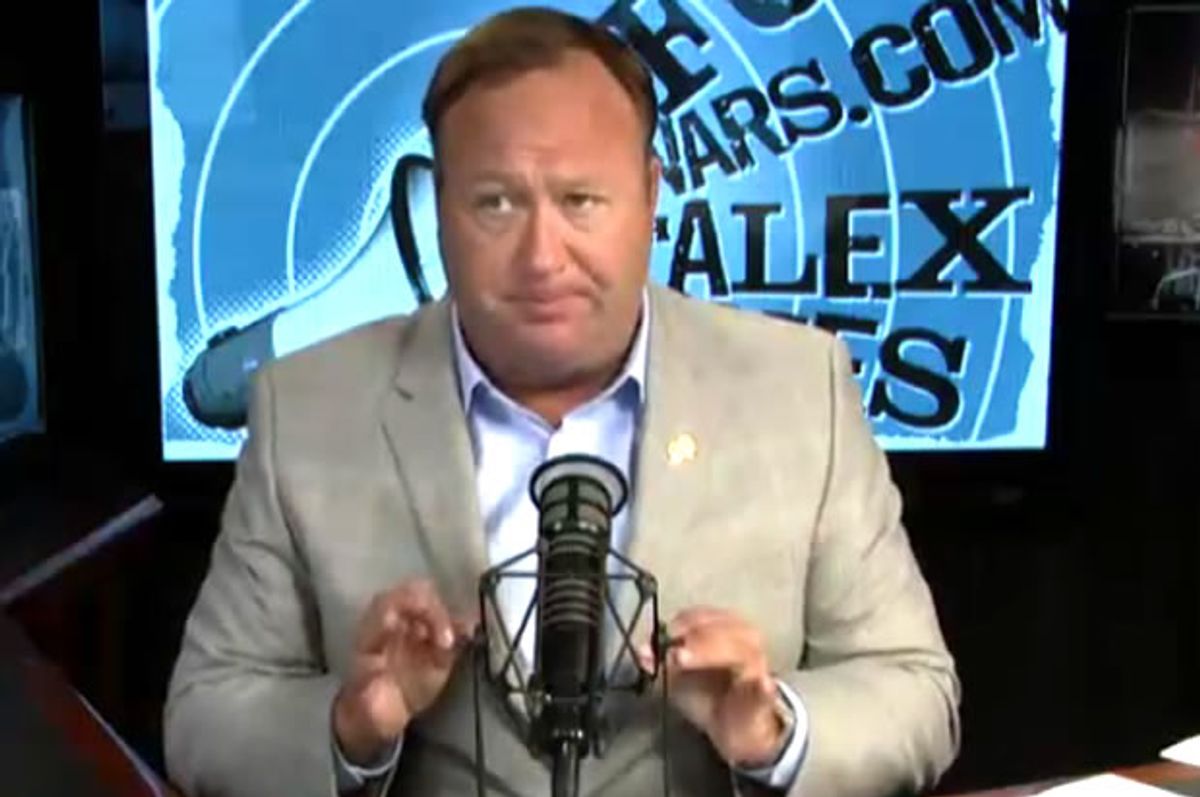 Radio host and conspiracy alarmist Alex Jones was scheduled to appear on "This Week with George Stephanopoulos" Sunday to discuss the Jade Helm 15 military exercise, but didn't because of what he claims to be the network's "dirty tricks."

Martha Raddatz, filling in for Stephanopoulos, said that Jones "had agreed to join us this morning but did not show up at our studio." According to Jones, mainstream media outlets are saying he "chickened out" of the interview -- and on his radio program today, he is vehemently insisting otherwise. "Do you think I'm afraid to sit in front of a camera and read news articles like I'm doing right now?" he asked a caller whose first words were "bwack bwack bwack."

But ABC News is claiming otherwise, saying that it sent a car to Jones' apartment yesterday hours in advance of his scheduled appearance, and not only did Jones not show, he refused to answer his door, his phone, or respond to emails from the network.

Jones is disputing ABC's account, claiming that he was scheduled to appear remotely and that the car service ABC sent for him only arrived at his apartment 12 minutes before he was supposed to be on air.

"From Tuesday to Friday," he said, "we had been told by ABC that the show would be live via satellite before ABC backed out and tried to make me agree to a taped interview. We were in negotiations and never even heard back from ABC on this issue. The next thing I know there’s a car calling me 12 minutes before air time."

He is claiming that ABC pulled this "stunt" in order to discredit his reporting about Jade Helm 15. "This is a typical establishment media stunt to rig debates by implying I’m not ready to defend my ideas and information," he said.

On his show today, Jones claimed that ABC only invited him on to create a distraction from Jade Helm 15. "Obama is gang-raping the country!" he said. "Everyone knows that Obama is planning a war against the 'evil veterans,' as he calls them."

And yet he is being forced to talk about his non-appearance on a Sunday morning talk show -- which is, he now claims, all part of a plan by ABC to discredit him.

Watch a live video stream of the Alex Jones Radio Show below.