A controversial report by Seymour Hersh leaves still more questions than answers, but it does make one thing clear 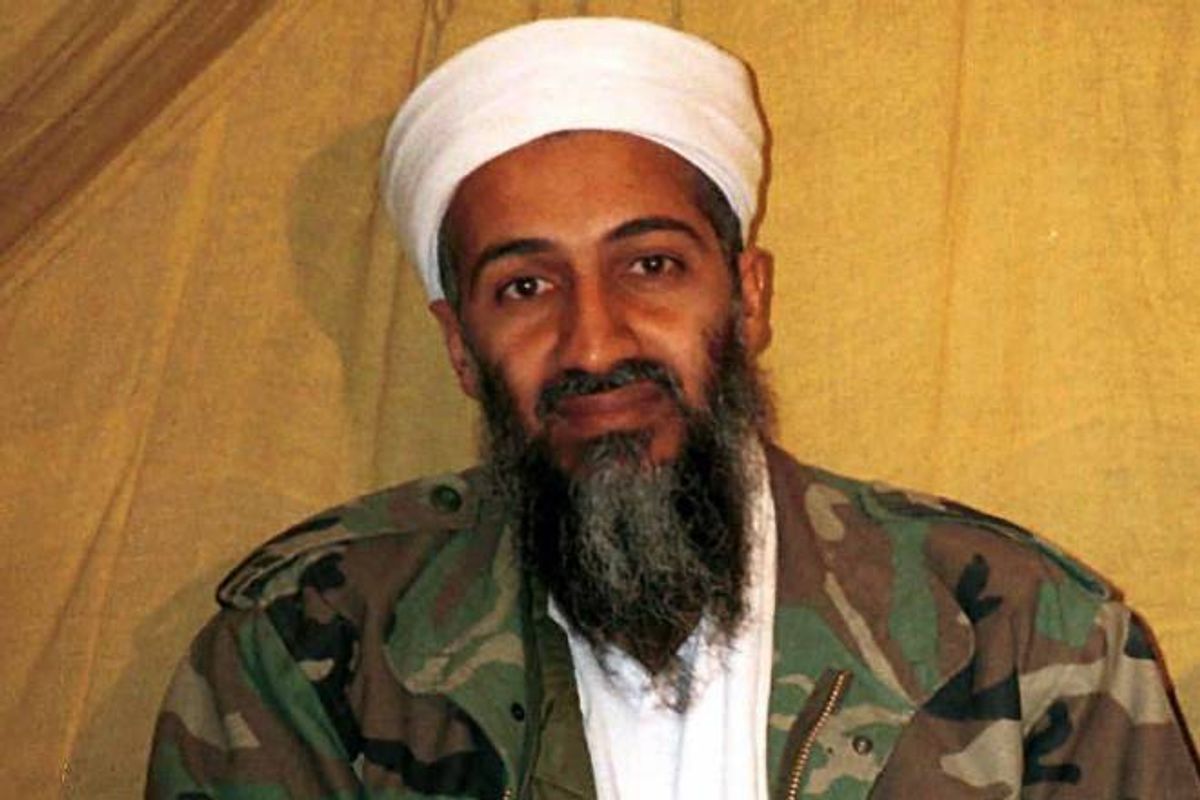 Everything you know about Osama bin Laden's killing is wrong.

That's the short version of a very long Seymour Hersh story, just published in the London Review of Books, which offers an alternative narrative of the killing of Bin Laden in 2011.

The slightly longer version is that two key Pakistani officials, General Ashfaq Parvez Kayani, chief of the army staff, and General Ahmed Shuja Pasha, director general of the Pakistan's intelligence service, were in on the operation to kill Bin Laden and ensured U.S. helicopters could travel safely across the border from Afghanistan into airspace over key Pakistani security facilities. They did so, Hersh's story goes, in exchange for both personal bribes and a resumption of US military funding to Pakistan. That part is all too easy to believe.

Hersh also offers a different narrative about the key tip-off in finding Bin Laden, which -- depending on whether you ask torture apologists or not -- ostensibly came from Hassan Ghul (an al Qaeda detainee captured in Iraq in 2004), either before or after CIA started torturing him, as well as a tip from a foreign partner. Instead, according to Hersh's story, a former senior Pakistani intelligence officer actually approached the CIA station chief in Pakistan's capital Islamabad, to offer up Bin Laden in exchange for part of the $25 million reward the U.S. offered. That source told the CIA that Bin Laden had been held captive by Pakistan's intelligence service since 2006 as a kind of insurance policy against the Taliban. After that source went to the CIA, they did a series of checks, including obtaining DNA from a Pakistani doctor who was caring for the aging Bin Laden. It checked out. The U.S. decided to pursue Bin Laden, which is when they started bribing the Pakistanis to make it possible.

The plan called for a stealth raid of the Abottabad compound, conducted with the assistance of Pakistan's intelligence service, the ISI, which would assure that the Pakistani military did not interfere with the two Black Hawk helicopters after they crossed the border from Afghanistan. The raid would be conducted in secret, and remain a secret; the official story would be that Bin Laden was killed in a drone strike in tribal lands. However, on the night of the raid, things started to go haywire when the Navy SEALs crashed their helicopter, making it impossible to later tell the pre-arranged cover story. Rather than keeping the operation secret for some time until telling that cover story, the Obama administration immediately began spinning the raid to its political benefit.  Subsequently, according to Hersh, the government had to come up with one story after another to cover holes in the previous ones. The foregrounding of torture in the pursuit in Bin Laden, according to this version of events, came when CIA old-timers were brought in to help craft yet more cover stories -- and they decided to give it a spin that would help CIA avoid accountability for its torture program.

Hersh's account rings most true when he explains that top Pakistani officials were privy to details of the operation (although that story has been claimed before). Some of the rest -- like the image of Navy SEALs dropping OBL body parts as they flew over the Hindu Kush -- does not.

Already, readers are pointing critically to Hersh's described sourcing for the story, which relies on "a retired senior [US] intelligence official" and two "longtime consultants to the Special Operations Command." But Hersh claims to have one named person corroborating the story: Asad Durrani, a retired Pakistani general. Durrani heard a similar story from Pakistani officials investigating the operation, according to the story.

Concerns about Hersh's sourcing may well be correct. But what is true about Hersh's story is that, in the aftermath of the raid, the administration very quickly starting boasting. John Brennan, then Homeland Security Advisor and now the director of the CIA, gave a press conference that almost immediately fell apart; basic details of the story -- such as details of Bin Laden's burial -- have been obfuscated behind seemingly frivolous FOIA obstruction.

Indeed, we've been told cover story after cover story after cover story. Does that mean that CIA torture dead-enders invented details that could conveniently attach to Bin Laden's death? That's what evidence from CIA's own records, cited in the Senate Torture report, shows. Does that mean the SEALs never considered capturing, rather than killing, Bin Laden? That's what evolving stories from SEAL participants suggest.

When Hersh brought and confirmed his story to Durrani, the retired Pakistani General, the General said the Pakistani public would be "grateful" when his story came out because "people like to be told the truth."

But that's not actually right. People like to be told stories. Whether they're true or not is of little import, if they hang together and serve certain purposes.

We -- neither the American, nor the Pakistani public -- has ever been told a true story about Bin Laden's death. Or even one that hangs together.

This is yet another version, no more convincing than John Brennan's tale that Bin Laden hid behind one of his wives.

Which is perhaps evidence that the key players in this story intend to keep spinning cover story after cover story to hide the real details of what happened in Pakistan the night Osama Bin Laden was killed.