"Game of Thrones" politics: The perils of cultural assimilation during war 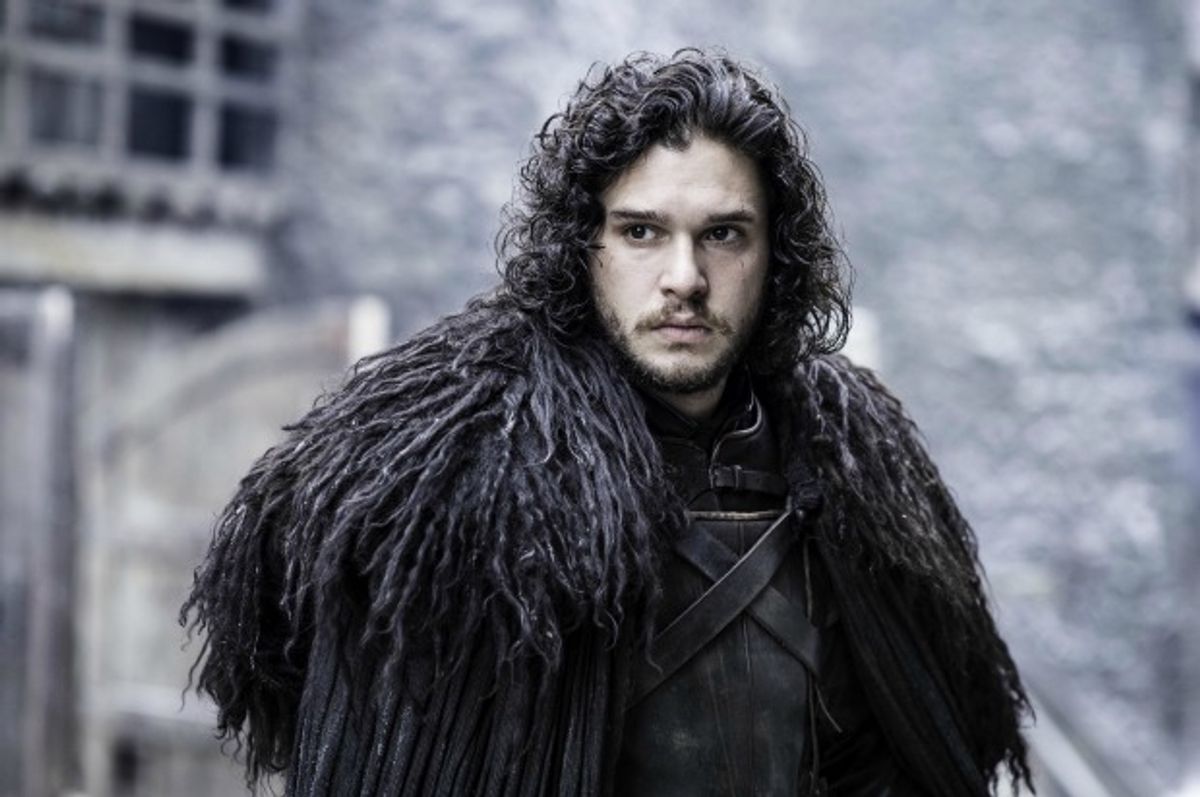 “Everything is going to change,” Jon Snow tells Tormund Giantsbane in “Kill the Boy,” and indeed, by the end of the fifth episode we see the political and social dynamics of two communities thrown into upheaval as both the Wall and Meereen begin to grapple with the difficult question of how to manage assimilation of peoples in the wake of mass immigration or civil war.

The ice to Dany’s fire, at long last we see Lord Commander Jon Snow put into effect the principles he announced back in Episode 2 – through an alliance with Tormund Giantsbane, he will bring the Free Folk through the Wall, settle them onto the Gift, and have them fight side-by-side with the Night’s Watch against the “army of the dead” that does not discriminate between wildlings and crows. It’s not an easy transition for either side, as it requires both to look at themselves and their traditional opponents and recognize that “you are not my enemy, and I am not yours.” Tormund has to worry that his fellow Free Folk will see peace as the same thing as cultural extinction, and that “the day I ask my people to fight with the crows is the day my people cut my guts from my belly and make me eat them.”

For Jon Snow, it means navigating the difficult emotional currents of the Night’s Watch. The abandoned villages Lord Snow wants to settle the wildlings in were once occupied by Olly’s family. In Season 4, the Night’s Watch fought and fifty men died fighting the same people Jon Snow wants to integrate into the realm – even Jon Snow’s most loyal followers, men like Dolorous Edd, cannot forget or forgive those losses. For Lord Snow to make this assimilation work, he’ll have to convince the Night’s Watch that, in the face of “the army of the dead,” the only distinction that matters is between the living and the White Walkers. It goes beyond the practical logistics that if thousands die north of the Wall, they will rise again as undead to attack that Wall. It requires a change of thinking by the Night’s Watch, to see that the wildlings “belong to the realms of men,” and therefore that the credo of the Black Brothers means that they are honor-bound to defend them.

It’s not without precedent in Westerosi history. To the Children of the Forest, the First Men were barbarian invaders – and yet after a long war, the two peoples signed a Pact of the Isle of Faces that saw them fighting side-by-side against the White Walkers during the Long Night. To the First Men, the Andals were barbarian invaders, who brought with them a foreign religion – but as the history of Westeros shows us, in the Westerlands, the Reach, the Stormlands, the Iron Islands, even in Dorne, there was as much assimilation and intermarriage as there was war and conquest. The same is true of the Rhoynar or the Targaryens, each of which added their culture and their ideas to those who had come before them, to make something new.

At the same time, Jon Snow is heading into a war with an army half of whom hate him. Will that army stand in the face of the undead? Will they follow his commands when the time comes?

Over in Meereen, Dany is dealing with a different question of assimilation – she is a conqueror in a new land, and she is struggling to choose between peace and justice. The instincts of her Targaryen ancestors tell her to strike back against the Sons of the Harpy, and the Great Masters of Meereen who pay them to assassinate the Unsullied and Ser Barristan the Bold – and so Dany brings the leaders of each house before her to threaten them with collective punishment, and to remind them that she remains the Mother of Dragons. Indeed, as her children roast and eat one of the Great Masters – a life for a life – Dany has never seemed more in tune with her Targaryen heritage, and hasn’t seemed this close to her dragons since she chained him. At the same time, speaking with Missandei and weighing the costs that the ex-slaves of Meereen will pay for her decisions, Dany chooses a third option between peace at any price and killing the master class: she will assimilate with Meereenese culture, by opening the fighting pits and marrying the unlikely suitor Hizdahr zo Loraq.

The difficulty for Dany is that she is attempting to have it both ways – doling out fiery death with one hand while offering bread and circuses with the other. As I discuss in my essay on Machiavellian theory in A Hymn for Spring, the Florentine theorist of power advised that violence is a necessary, but double-edged tool of statecraft:

“…Those cruelties we may say are well employed, if it be permitted to speak well of things evil, which are done once for all under the necessity of self-preservation, and are not afterwards persisted in, but so far as possible modified to the advantage of the governed. Ill-employed cruelties, on the other hand, are those which from small beginnings increase rather than diminish with time…

…on seizing a state, the usurper should make haste to inflict what injuries he must, at a stroke, that he may not have to renew them daily, but be enabled by their discontinuance to reassure men’s minds, and afterwards win them over by benefits…Injuries, therefore, should be inflicted all at once, that their ill savour being less lasting may the less offend; whereas, benefits should be conferred little by little, that so they may be more fully relished.” (Machiavelli, The Prince)

From the moment she took Meereen, Dany has not followed this advice – she had 163 Great Masters crucified, as revenge for the 163 slave children they had posted as signposts to the city, but unlike in Astapor she left the rest of the masters alive, and now they strike back at her through the Sons of the Harpy. When she tried to show a concern for equality under the law for both ex-masters and ex-slaves, her justice inspired riots rather than peace.

Now she has had one Great Master burned alive and devoured and married another – what lesson will the people of Meereen take from that, that Daenerys Targaryen honors and respects their customs or traditions? Or that enough violence will make her abandon her policies in favor of reconciliation?