In a weird twist of fate, it was Daniel Murphy's ball, the baseman blasted last year for taking paternity leave 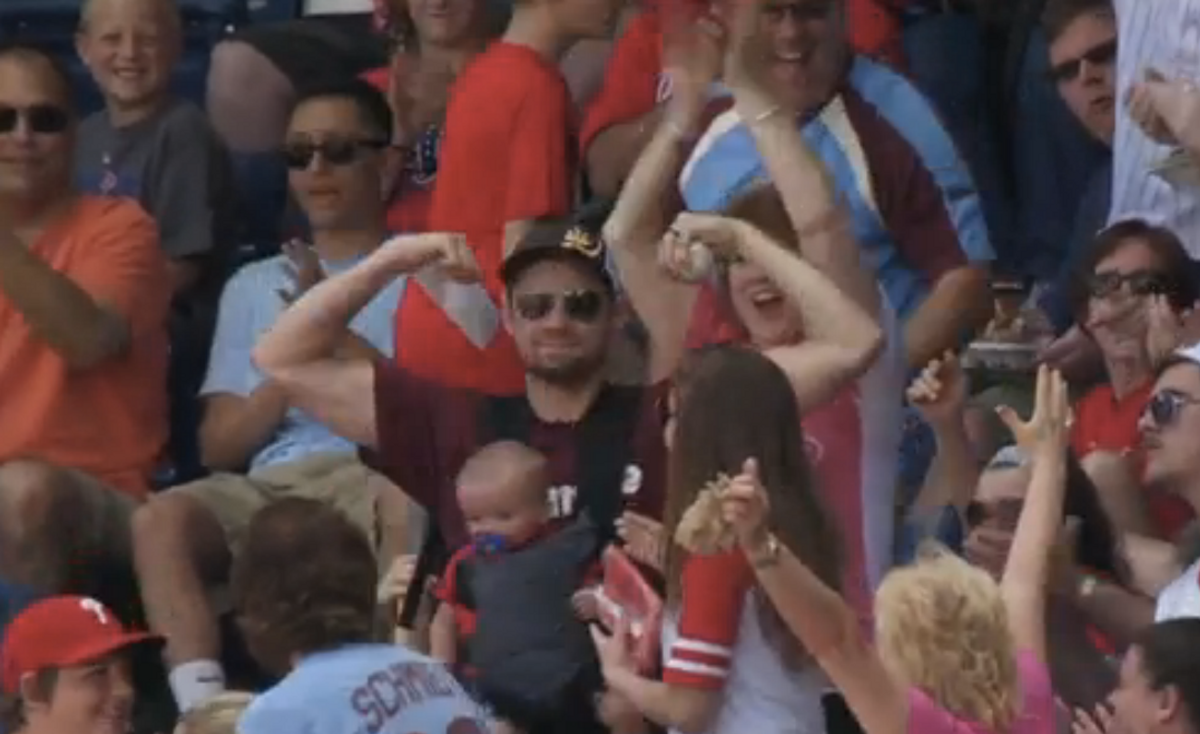 An instant celebrity was born at Citizens Bank Park yesterday. Mike Capko of Conshohocken, Penn. barehanded a foul ball during the fourth inning of the Phillies game -- with a ticket in one hand, and his 7 1/2-month-old son strapped to his chest.

After cheers had finally died down, a dazzled Capko told reporters that it was his son's first game. "It was a natural reaction," Capko said. "It was great, great."

In an even weirder twist of fate, the ball Capko caught was off the bat of the Mets' Daniel Murphy. That's the Mets second baseman who was blasted last year for taking paternity leave as his wife delivered their first child. Yes, in the year 2014 the public was still having a hard time fathoming the idea of a man staying home with his child.

“I can only speak to our experience and it felt, for us, like the right decision to make was for me to stay a little bit longer," Capko said in an interview with ESPN. "I think I had paternity leave until Friday. She was the one who was rather insistent. She wanted me to come back. I wanted to, too, but the pull of her and your son makes you want to stay with them.”

On Sunday, John Oliver zeroed in on the Mets baseman for a "Last Week Tonight" segment examining U.S.'s disgraceful maternity/paternity leave policy. Oliver played a clip from a sports radio jock who stated: "I would've said C-section before the season starts, I need to be at opening day."

"Good luck selling that to your wife!" Oliver responded. "Listen babe, I know I play 162 games in a season but I can't miss a single one, so, let's cut that thing out of your belly so I can wear my baggy pajamas and swing a cone of wood to make a ball go far."