Race relations normalized after the OJ verdict, she said, and Michelle and Barack Obama ruined that détente 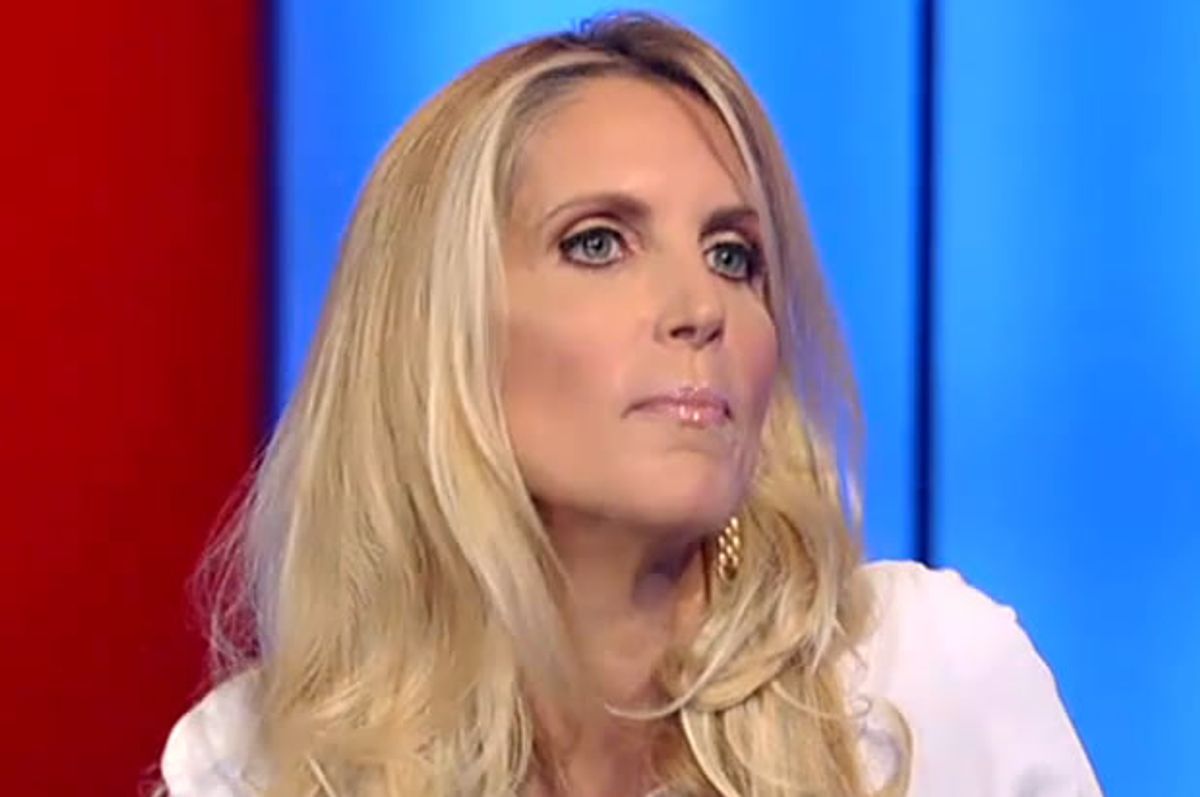 On Monday night's edition of "Hannity," Michelle Obama's commencement address at Tuskegee got quite a bit of play -- especially from Ann Coulter, who used the First Lady's speech as an excuse to unload on black America for what she perceives to be its many, many faults.

Coulter said that unlike Hannity's earlier guests, she was going to provide "the black perspective" on the First Lady's speech. "She's just letting out her Reverend Wright now," she said. Coulter complained that Michelle Obama and her husband had revivified the racial animus that America "had gotten rid of" with the verdict in the OJ Simpson case in 1995.

The president and his wife did this, she claimed, "in order to keep a certain segment of the black population angry and voting against Republicans." This "predator class" in the black community, Coulter argued, largely targets other members of the black community, as evidenced by the rioting in Baltimore. "This nonsense about 'the peaceful protesters,'" she said, "I want [to take out] a milk carton ad, 'Has anyone seen a peaceful protester?'"

That's not the only person whose face she would like to see on a milk carton either. "All this nonsense about how many blacks are in prison -- how did they get there?" she asked. "In addition to the peaceful Baltimore protester I want to put on a milk carton -- 'Have you seen this?' -- I want to see the innocent person in prison."

"This all comes from illegitimacy," Coulter said, shifting gears. The New Deal and the War on Poverty, she said, are responsible for the rising illegitimacy rate in the black community -- and illegitimacy "just breeds a predator class."

Sean Hannity chimed in that the president and his wife no longer "love or appreicate [Americans] anymore," and Coulter agreed, claiming that's what the couple is trying to distract America from "by crying racism."

"We're making it up now," she continued, "when you get into Princeton and you can't read, is that enough" to "make up" for slavery and its legacy. Not even Hannity would allow her to make that claim unchallenged, though. "There are different standards, but you have to read to get into Princeton," he said.

Watch the entire segment from "Hannity" via Fox News below.