"Hollywood is a cesspool of misogyny and racism. Bring on the lawsuits": Why the ACLU's bold action is so necessary

For decades, sexism has run rampant in Tinseltown. Only radical measures can change it 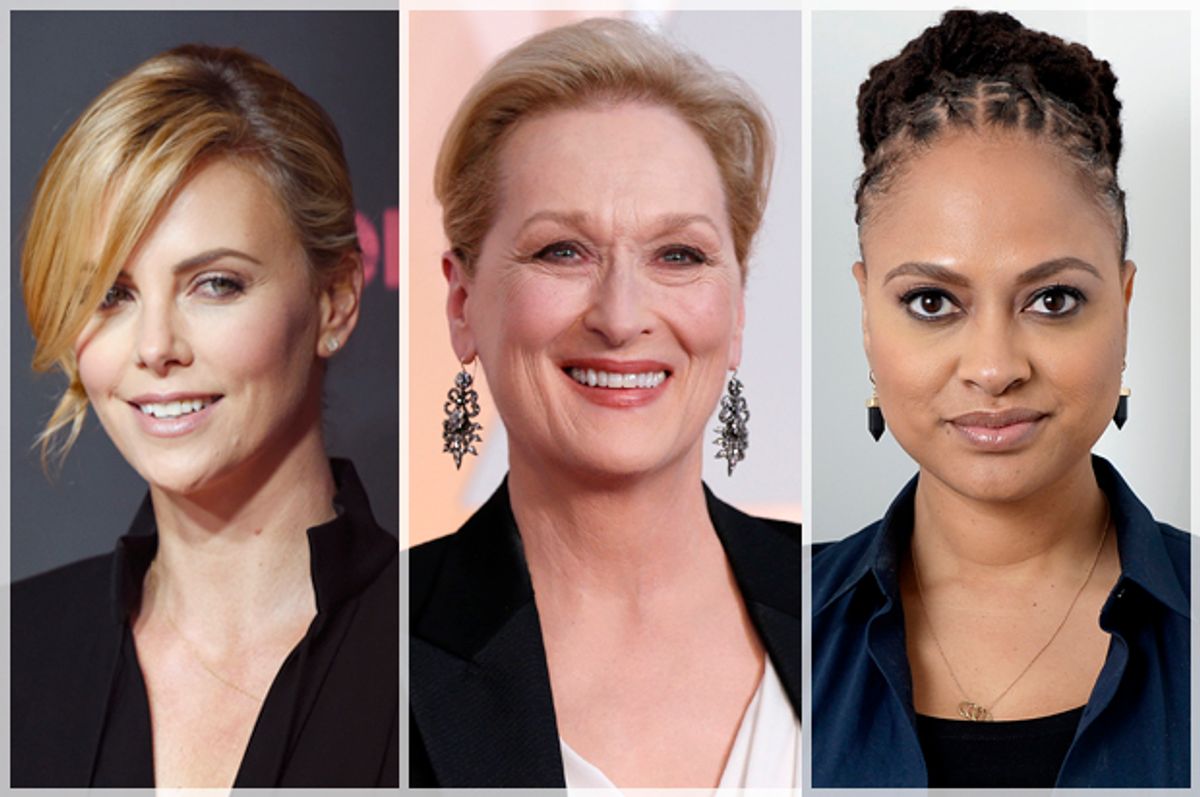 The ACLU wants state and federal agencies to investigate the hiring practices of Hollywood’s biggest studios, and the inquiry may end in charges. Let's hope it does. Hollywood is a cesspool of misogyny and racism. Bring on the lawsuits.

“Women directors aren’t working on an even playing field and aren’t getting a fair opportunity to succeed,” Melissa Goodman, director of the LGBT, gender and reproductive justice project at the ACLU of Southern California, told Cara Buckley at the New York Times. “Gender discrimination is illegal. And really Hollywood doesn’t get this free pass when it comes to civil rights and gender discrimination.”

While you’d be hard-pressed to think of an industry that doesn’t get a free pass when it comes to civil rights and gender discrimination, the point still stands. The investigation the ACLU is requesting is an incredibly important and long overdue step. Not because lawsuits are so great or anything like that, but because it’s clear, and has long been clear, that Hollywood can't self-correct on this one. Discrimination persist despite women's talents, their capacity to make bank for studios and their resolve to keep their heads up in an industry that’s stacked against them.

Women like Meryl Streep and Ava DuVernay are actual forces of nature, but the kind of entrenched biases that feed the pipelines and fill in the silences of closed door meetings are thorny as hell and deep in the industry’s bones. There is no lab for women screenwriters big enough, no film impressive enough, to make that right if the gatekeepers and institutional priorities that keep the machine humming along are left in place.

The problem is structural, and the solution (even though that’s too tidy a word for the work that needs to be done) has to be, too.

Because we really are at peak awareness when it comes to sexism and racism in Hollywood. There is a new report every single year on how dismal the numbers are for women in the industry. How, in fact, there are fewer women directors working in 2015 than there were two decades ago. Or how television studios are 96 percent white and 71 percent male, and film studio executives are 94 percent white and almost 100 percent male.

But it's not just hard data. The news cycle is populated by stories reminding us just how bad things are. In the wake of the Sony hack, Fusion's Kevin Roose found that of the company's 17 U.S. employees who made more than $1 million, only one was a woman. The hack also revealed that Columbia Pictures co-president Hannah Minghella was making nearly $1 million less than Michael De Luca, a man with literally the exact same job title. Then there was the bombshell that Jennifer Lawrence was being paid less than her male co-stars in “American Hustle,” which Amy Pascal, the studio’s former chairperson, blamed on women not leaning in. (To her credit, Charlize Theron was able to use the leak to negotiate a $10 million bump.)

What could possibly explain this? If the paucity of diversity in film and television really were somehow about the bottom line, then studios would be lining up to hire women and people of color to write, direct and star in their films because diversity is good for business.

The problem is about representation and the stories we tell about ourselves, but it's also about labor. Now when you’re talking about an industry where some of the most visible players are taking home millions and millions of dollars, it can be difficult to see this kind of discrimination sharing space with how we talk about the treatment of women who work at Wal-Mart or in tech. But it is very much a labor issue. There’s no real point in shedding tears for actors making more in one project than many people will in a lifetime, but discrimination is still the root issue. And while it can be tempting to focus on the biggest names and checks being collected in Hollywood, that kind of emphasis loses site of the fact that women throughout the industry -- young actors, new screenwriters, directors coming off smaller projects, women working in lighting and sound -- aren’t making that kind of money but are still being closed out because of how the industry is structured.

Which is why the ACLU’s impulse is the correct one. This is a labor issue, and there are government agencies tasked with investigating discrimination against workers.

More from the Times on the inquiry request:

Now, in a round of letters being sent to the commission, the California Department of Fair Employment and Housing and the Labor Department’s Office of Federal Contract Compliance Programs, the A.C.L.U. has detailed statistical and anecdotal evidence of what it calls systemic “overt sex stereotyping and implicit bias.” Should the agencies agree to investigate and then find bias, they might take actions that could include filing legal charges. [...]

The letters cited numerous examples of bias: for instance, a University of Southern California study found that of the top-grossing 100 films from 2013 and 2014, just 1.9 percent were directed by women. A Directors Guild of America analysis of 220 television shows consisting of 3,500 episodes broadcast in 2013 and 2014 found that 14 percent were directed by women. A third of all episodes had no female director at all.

Propelling this paucity, the A.C.L.U. said, is an industrywide boys’ network in which gender discrimination is often on overt display. The organization collected stories from 50 female directors who reported being told by executives that a show was not “woman friendly”; learning that producers had repeatedly told agents to “not send women” for prospective jobs; or being informed at meeting for a television job that “we already hired a woman this season.”

More than ever, women in the industry are speaking out about the daily sexism they experience and doing something about it. Just this week, Amy Poehler talked about how male executives she meets with will ask her about her kids, something she never sees happen to her male peers in comedy. Amy Schumer is killing it lately when it comes to shining a light on dehumanizing beauty standards, the male gaze and the other indignities that women are subjected to in the industry.

Meryl Streep is funding a screenwriters lab for women over 40 to push back against the pervasive idea that you may as well be dead if you're a woman of a certain age working in film or television. Ava DuVernay is helping to fund female directors of color because of the lack of access they have historically faced. Women are more than doing their part. But with so few women represented among the highest ranks in the industry, they are basically chipping away at a massive wall of institutional discrimination that rebuilds itself apace with every brick they take out.

And so let there be lawsuits. Let studios account for why their numbers are so awful, explain how they come to decide that a female director couldn’t handle a superhero franchise or why some screenwriters rise out of obscurity after one film while others hit a dead end. The answers may not be satisfying, but they'll be something. There’s no guarantee that any lawsuit, if one is in fact filed, will stir massive change since similar efforts have fallen short in the past. But it's a start. Change doesn’t come without a fight. An investigation would just be the windup, but the punch is long overdue.