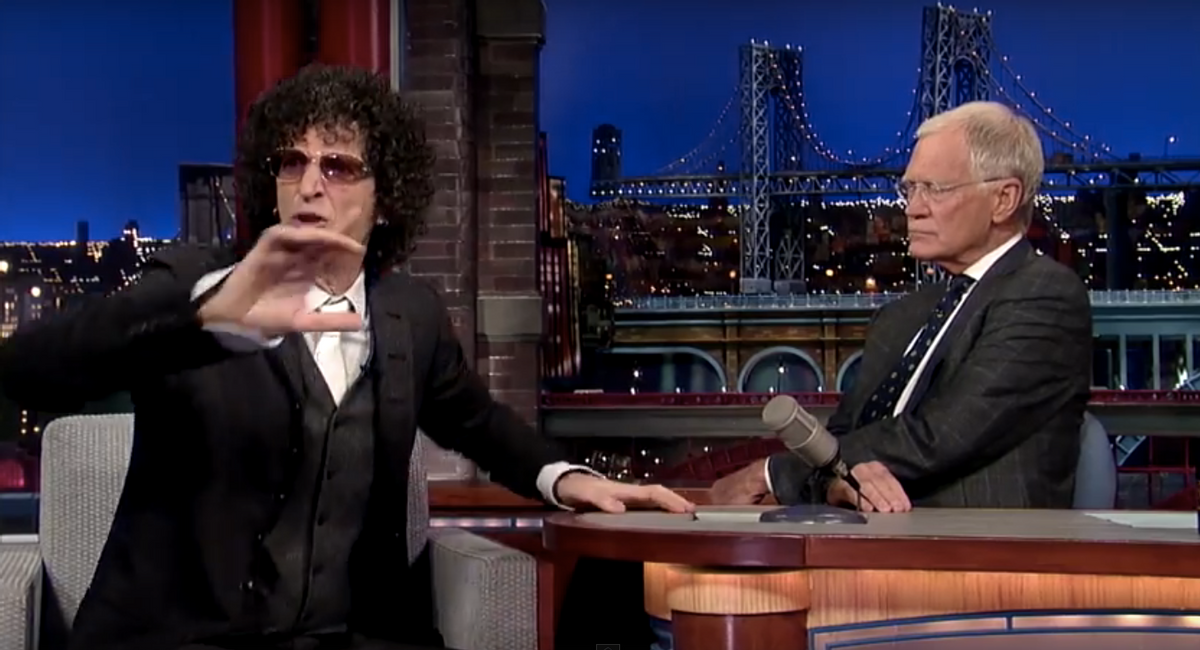 Howard Stern stopped by "The Late Show With David Letterman" Monday night to pay his respects to the retiree. The two bickered at great length about topics ranging from retirement to canceled dinner plans -- but the one topic that literally propelled Stern out of his chair in outrage was Jay Leno.

"Are you thinking about having Jay Leno on next week for your last week?" Stern asked before blasting the studio audience for clapping. "Are you out of your mind?"

Letterman recalled that back when Leno was wrapping up "The Tonight Show," he'd been asked to come on as a guest but had turned down the invite, telling Leno that he didn't want to take away from his big moment. "I think he may feel the same way about this situation," Letterman said.

Stirring the the pot a bit more, the unhinged "King of All Media" later demanded that Letterman give him a smooch.