Simmer down Fox News: UCSD professor explains that students are not required to get naked to pass his class after parent complains

Chair of Visual Arts program agrees: "Removing your clothing is not required in this class" 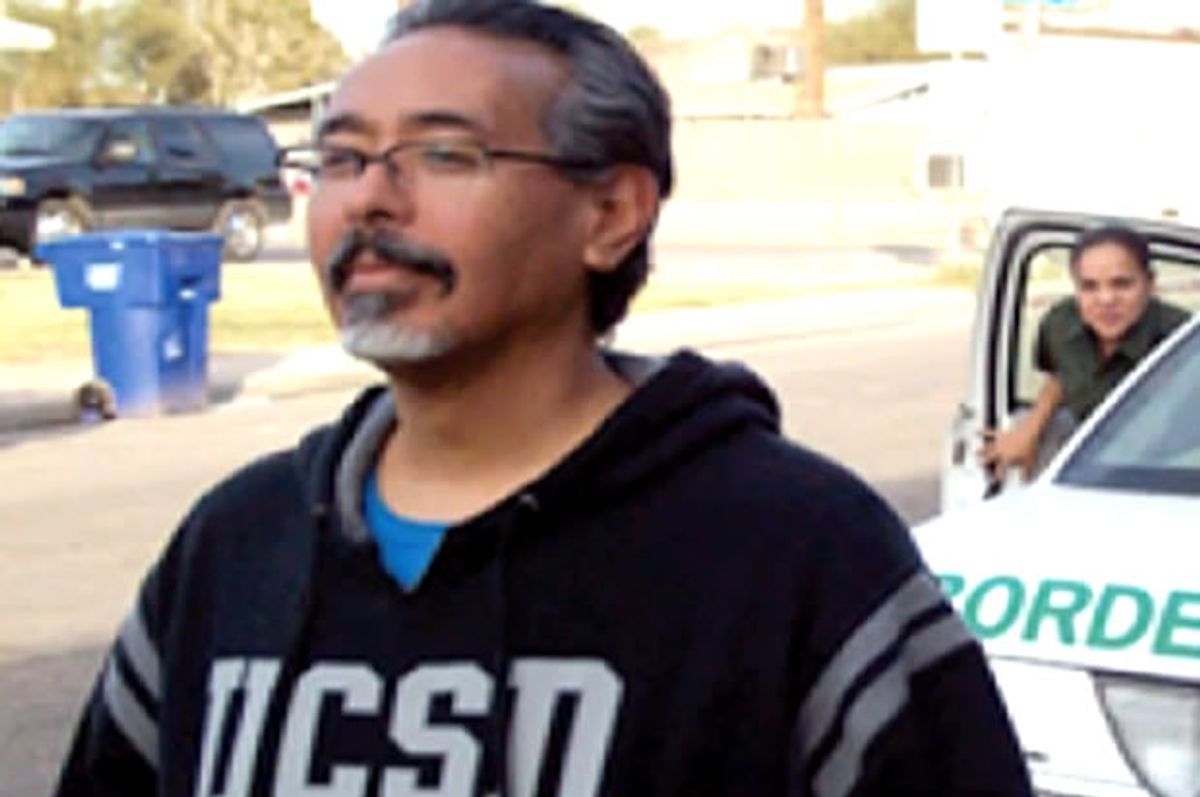 The University of California, San Diego is being accused of "perversion" after a mother of a student spoke to KGTV about a visual arts class in which students are allegedly required to strip down in order to pass.

The course in question is Visual Arts 104A: Performing the Body, an upper division elective that is not required for graduation. Professor Ricardo Dominguez -- who has been teaching the class for 11 years without complaint -- told KGTV that it "focuses on the history of body art and performance art in relation to the question of the self or subjectivity." He also noted that students are not required to perform nude in a literal sense, as they are provided the option of stripping down "emotionally" and presenting that self to the class.

The anonymous helicopter parent who complained on her child's behalf said that "it bothers me, I'm not sending her to school for this. To blanket say you must be naked in order to pass my class -- it makes me sick to my stomach."

Professor Dominguez said that this parent had nothing to worry about. Her child would have been informed of the requirement on the first day of class, and the environment in which this self is performed "is all very controlled."

The student's mother claimed otherwise, saying that "nothing was ever stipulated [to her child] prior to Thursday." Given that KGTV showed the assignment as it was presented on the syllabus, the student's ignorance of its existence could be explained by the simple fact -- which this reporter can personally attest to, having spent over a decade teaching in the UC system -- that most students don't actually read the syllabus.

The Chair of the Visual Arts Department, Jordan Crandall, said in an email to KGTV that "[t]he concerns of our students are our department's first priority, and I’d like to offer some contextual information that will help answer questions regarding the pedagogy of VIS 104A. Removing your clothes is not required in this class. The course is not required for graduation."

He added that "there are many ways to perform nudity or nakedness, summoning art history conventions of the nude or laying bare of one's 'traumatic' or most fragile and vulnerable self. One can 'be' nude while being covered."

Not surprisingly, Steve Doocy of "Fox & Friends" was having none of it, and during an interview with the chair of the College Republicans at UCSD, Amanda Fitzmorris, questioned what students could possibly learn from being naked in front of their classmates even though, as the above statement by the Chair of the Visual Arts department noted -- and which Doocy read on air -- nudity is not a requirement.

But Fitzmorris replied anyway, suggesting that one possible lesson would be "being uncomfortable is normal -- but I just don't understand that."

Watch the entire report via KGTV below.

Steve Doocy's interview with Amanda Fitzmorris can be seen below via Fox News.