"Where is my f*cking jetpack?" It's right here -- along with a few other things that prove we're already living in the future

The future won't really arrive, however, until we have real f*cking hoverboards 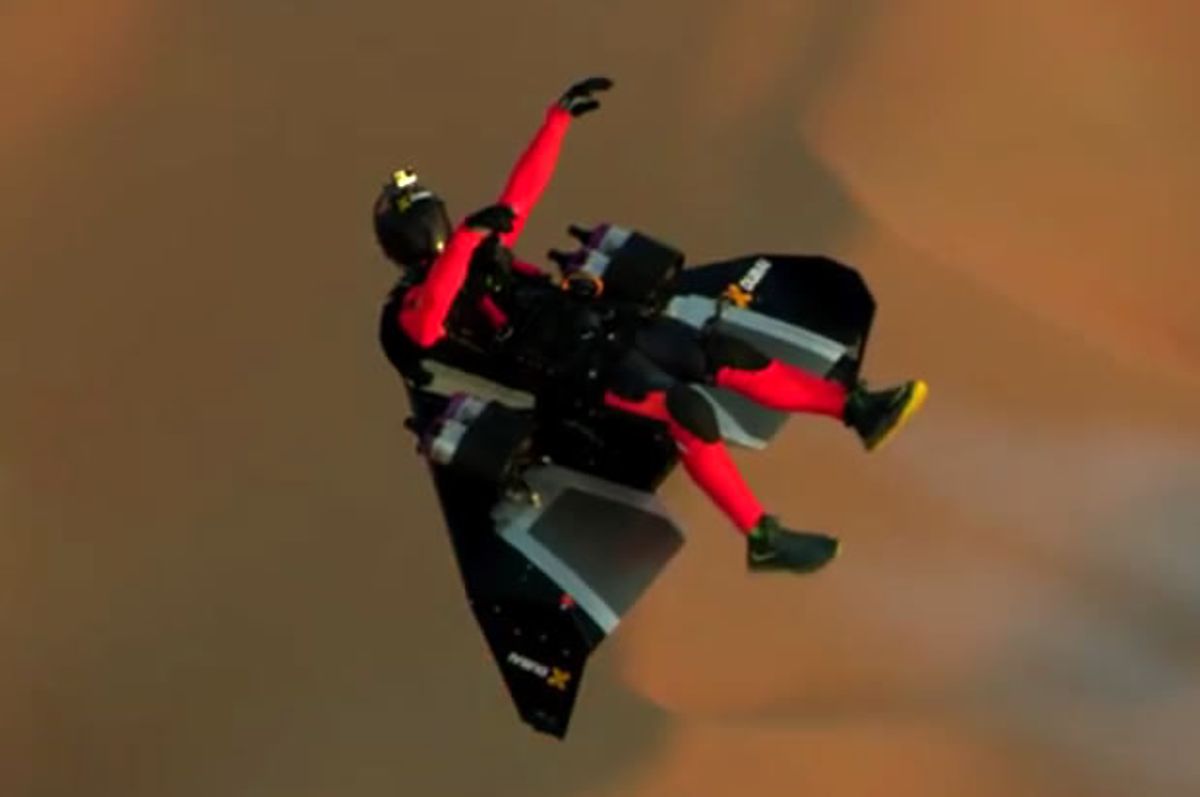 Warren Ellis' famous complaint about the coy nature of the future technologies readers of science fiction and comics were promised -- Promised! -- has been rendered obsolete by "Jetman" Yves Rossy and his protege "Jetman" Vince Reffet, as demonstrated in this video of the pair flying over Dubai:

But it's not as if the future stops there! In addition to our fucking jetpacks, the "Dick Tracy" watches we were promised have also arrived:

As has commercial space travel:

And drones the size of dragonflies:

As well as self-driving cars:

And houses that might as well be off "The Jetsons":

In no time at all, I'm certain, we'll get our Thanksgiving dinner pills from replicators and fly to the moon at warp speed, but there will still be many who believe the future won't be here until we, to paraphrase Ellis, our fucking hoverboards:

And yes, we know:

But we want a real one.