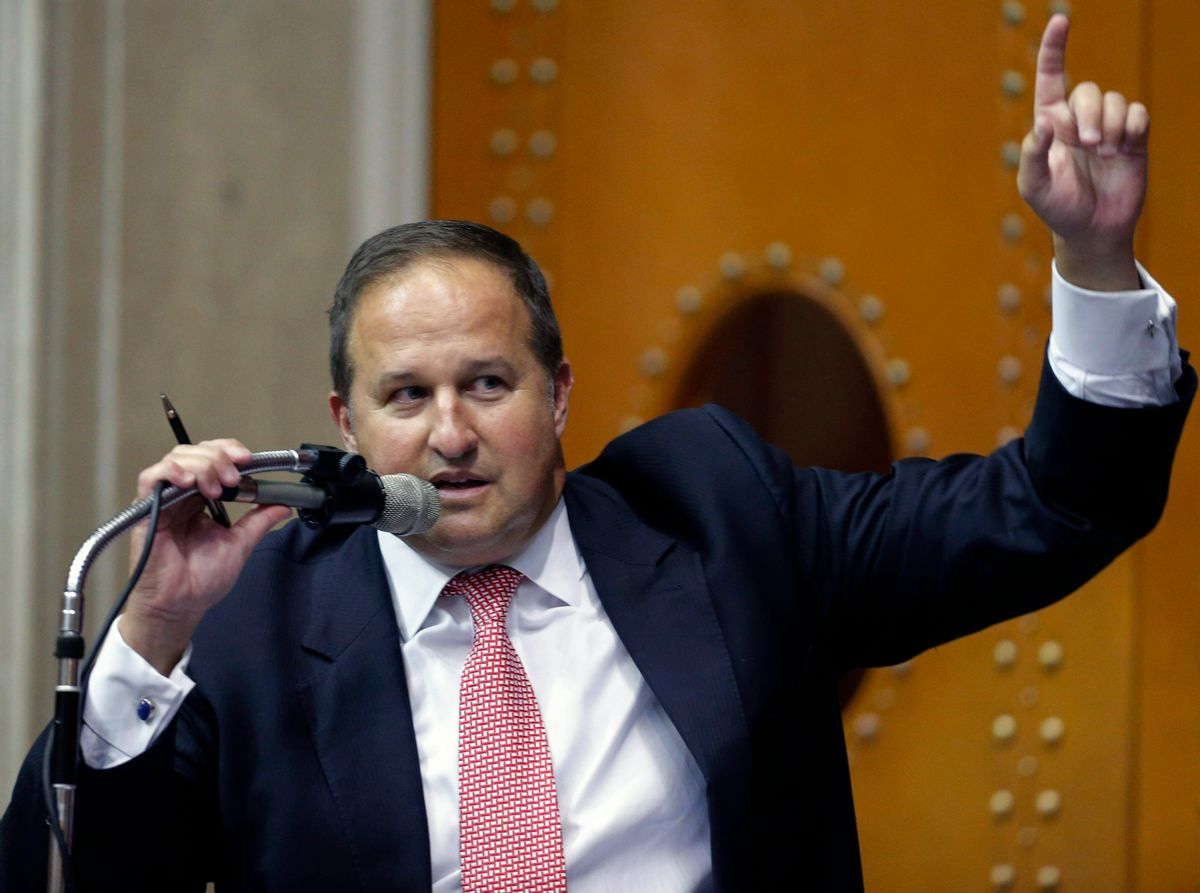 Missouri House Speaker John Diehl, arguably the most influential lawmaker in the state, could be joining the illustrious ranks of powerful politicians enmeshed in Emoji-laden sexting scandals. According to the Kansas City Star, the Republican lawmaker exchanged a series of sexually charged text messages with a college freshman, who participated in a recently cancelled internship program at the Missouri capitol.

The Star obtained screenshots of conversations between Diehl and the 19-year-old student intern -- who has claimed through an attorney that the messages are not real -- after the Missouri Southern State University internship program in which the young woman participated was abruptly cancelled last month. The reason for terminating the program has gone unspecified, but a school official did note that this is the first time all of the interns have been removed from the statehouse and reassigned to new legislative internships. Whether the change has anything to do with Diehl is unclear.

Regardless, the alleged messages are damning. The Star describes the texts as containing "a picture of playful sexual innuendo," and contain several images of both the intern and Diehl, as well as plenty of Emoji and emoticons:

At one point Diehl texts her “God I want you right now,” to which she replies “I wish you could have me right now.”

In another exchange, she sends a picture of herself in a bikini and Diehl responds: “Damn girl …”

Shortly after he writes: “I want to see more” followed by a smiling emoji [sic].

Another exchange centered on Diehl texting that he was “Laying in bed looking at your pic :)”

Diehl's office reportedly requested copies of the exchange shortly after being notified of the screenshots' existence, but has since declined to comment on the matter. On Friday, the speaker's staff offered The Star copies of his personal and business cell phone records, which showed a log of just half a dozen "conventional" (presumably SMS) text messages between Diehl and the young woman. Therein lies another problem (via The Star):

Yet the texts obtained by The Star and presented last month to Diehl show conversations over Apple’s proprietary iMessage platform. Texts on iMessage wouldn’t show up on a cellphone record unless they were sent or received when no Wi-Fi or mobile Internet connection is available.

Niether Diehl nor his staff ever mentioned that he regularly uses iMessage to send texts until asked by The Star on Tuesday.

The Star has made screenshots of the messages available online. In several, Diehl's contact information is saved under the name "Frank Underwood," in reference to Kevin Spacey's scheming character on "House of Cards" and his affair with a young reporter.