"This way if you are gay!" the sign signals out on a continuous loop 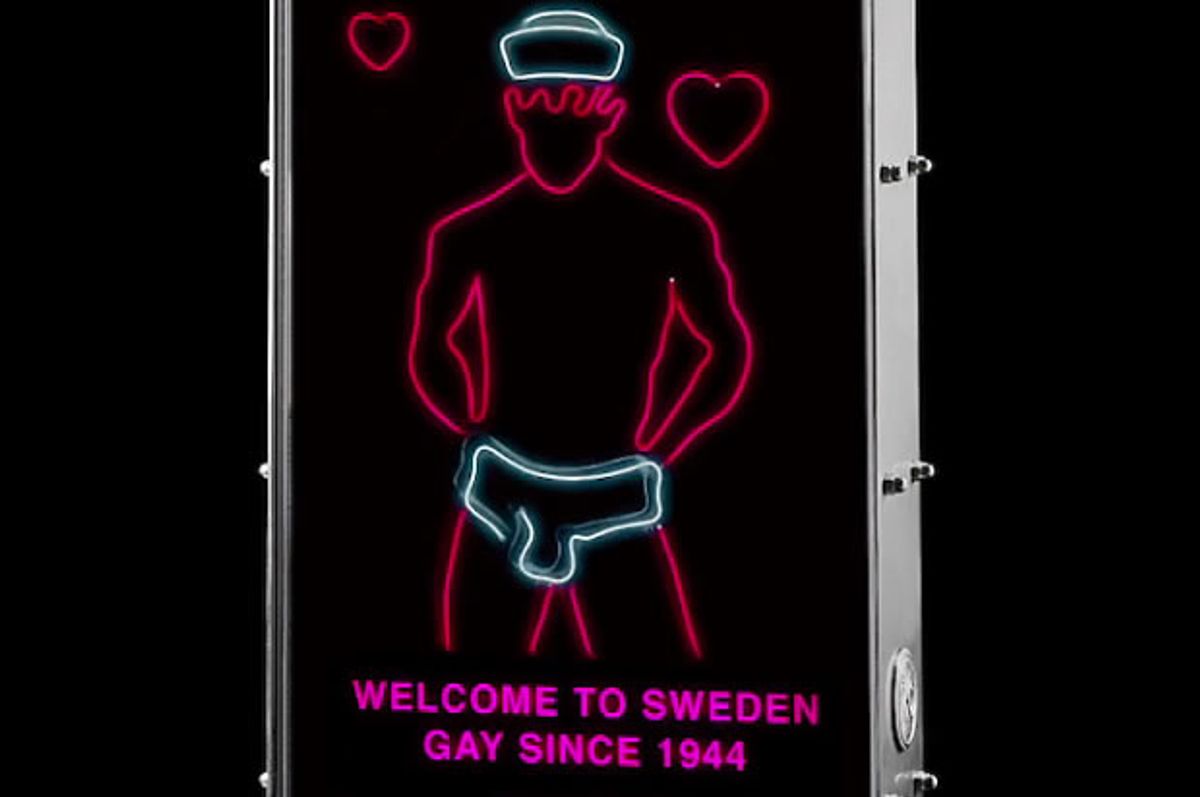 A Swedish group concerned about Russian submarine incursions into Swedish seas has created a surefire way to convince Putin's naval forces to ply their trade elsewhere -- a waterproof neon sign of a topless sailor that broadcasts "This way if you are gay!" in Morse code on a continuous loop.

The sign is the work of the Swedish Peace and Arbitration Society (SPAS), which claims to be the world's oldest peace organization. In a video -- posted below -- SPAS says that it was moved to act by the Swedish navy's inability to locate the mysterious Russian submarines that have been trespassing in Swedish waters this year.

After last October's failed $2.6 million attempt by the Swedish government to locate these submarines, SPAS leapt into action, devising a sign that they believe will persuade submarines from notoriously homophobic Russia not to enter Swedish waters. Homosexuality was legalized in Sweden in 1944, a fact that stands in stark opposition to the spate of anti-gay legislation passed in Russia since 2013.

In addition the image of a gyrating sailor in tight white underpants and the Morse code, the sign also contains words in Russian and English reading "Welcome to Sweden: Gay since 1944."

Watch the video produced by SPAS below via Vimeo.

Operation The Singing Sailor from Swedish Peace on Vimeo.