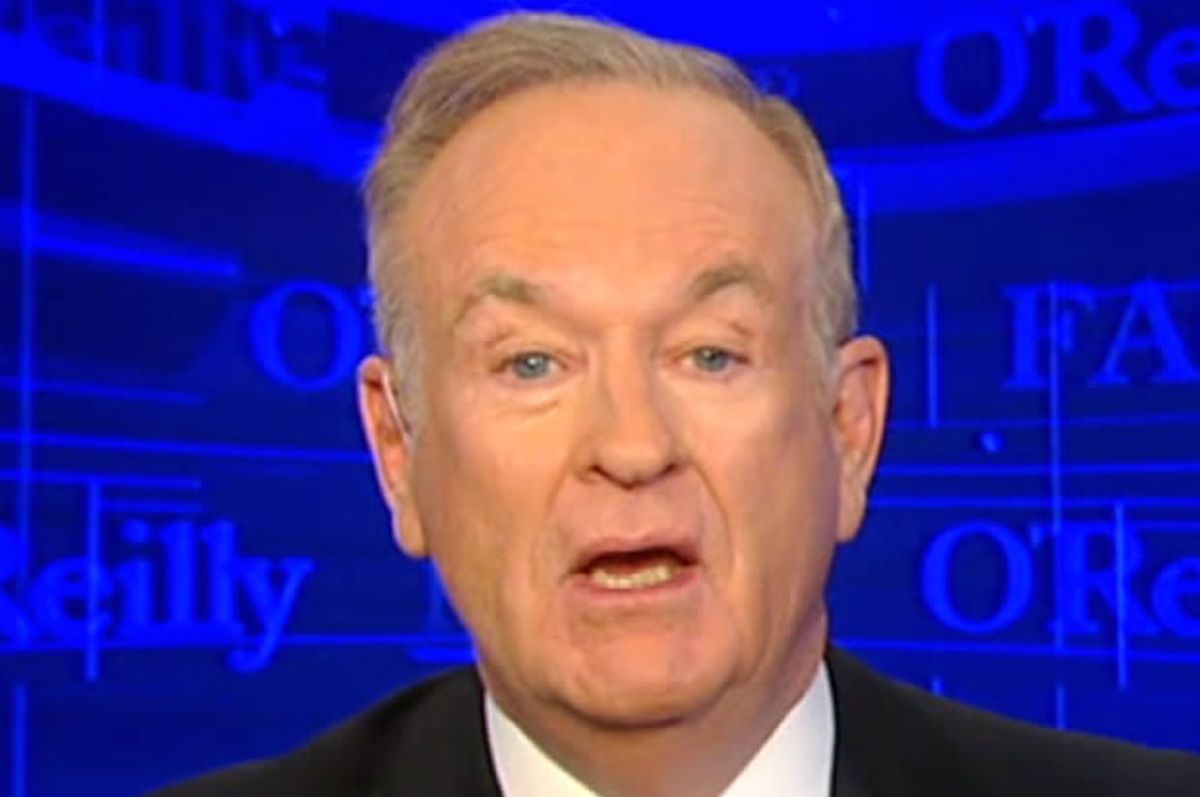 On Wednesday night's episode of "The O'Reilly Factor," the titular host actually defended President Barack Obama, claiming that Senator Elizabeth Warren (D-MA) and the legions of militant feminists who do her bidding are providing a preview of the personal attacks that will accompany any attempt to criticize Hillary Clinton.

O'Reilly played a clip of the president criticizing Sen. Warren for opposing the Trans-Pacific Partnership, saying that while they agree on many issues, when it comes to the TPP her arguments don't "stand the test of fact and scrutiny."

"Upon hearing that," O'Reilly said, "the National Organization for Women slammed down the hammer," with President Terry O'Neill saying "I think it's sexist -- the clear subtext is that the little lady just doesn't know what she's talking about."

O'Reilly pointed out that the president didn't refer to Sen. Warren as a "little lady," adding that "this whole thing's insane -- this is a political disagreement, there's no sexism involved." He laughed, saying that the White House is getting its comeuppance from the "grievance industry" that is generally sympathetic to "former uber-liberal champion" Obama.

"The is a preview of what we're going to see in the presidential campaign," he said. "The militant feminists and their enablers are firmly in Hillary Clinton's camp," so any criticism of her will undoubtedly be chalked up to sexism. "This 'sexism deal' is going to be all over the place!"